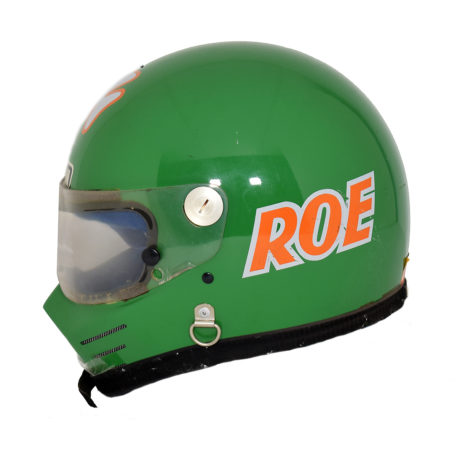 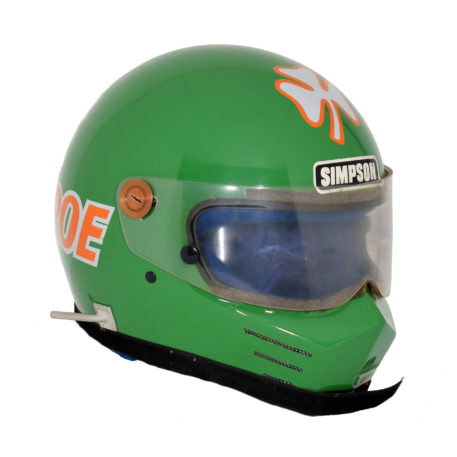 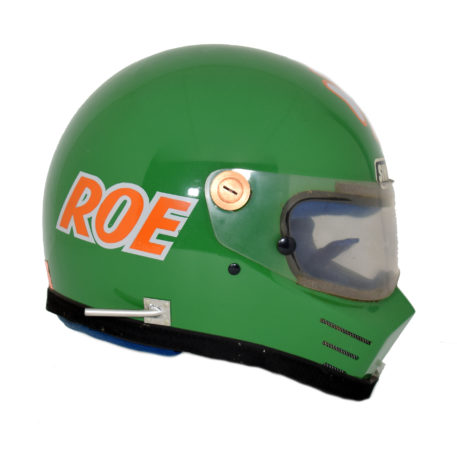 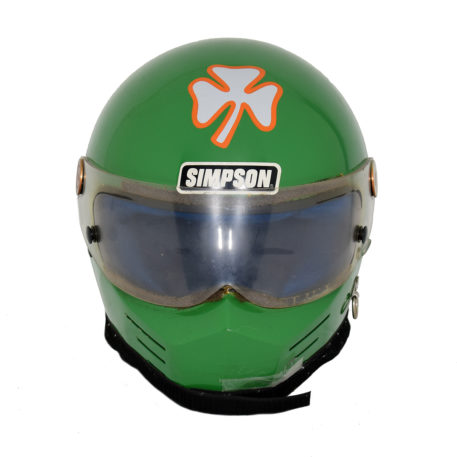 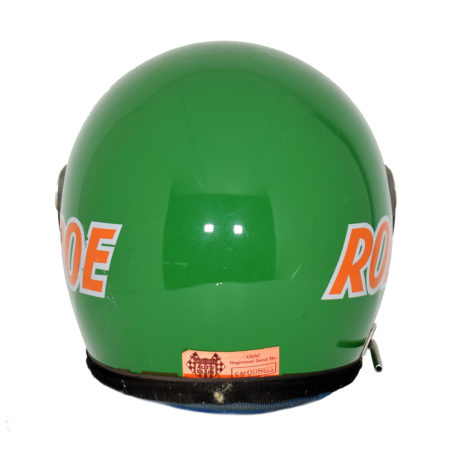 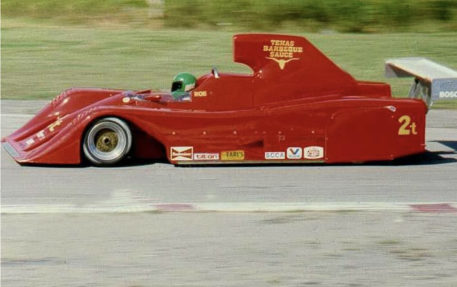 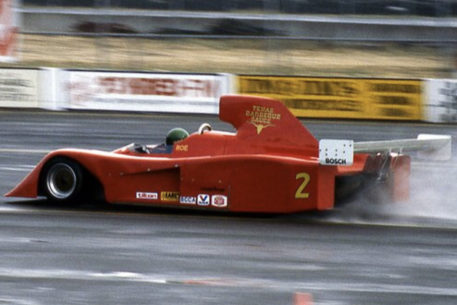 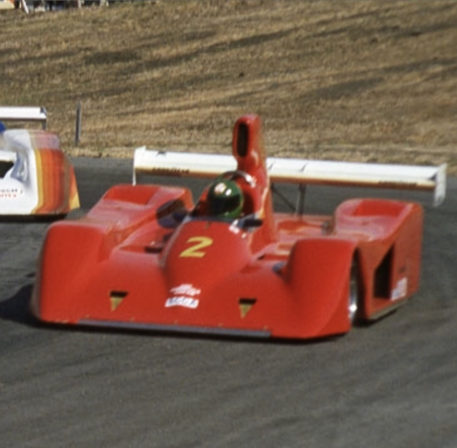 Simpson helmet worn by Michael Roe in the Can-Am Racing series during the 1984 season. The Irish driver hails from County Kildare. He grew up close to the Mondello Park race track, competing in rally-cross, where he learned his trade. Roe was considered the standout young driver in British Formula Ford’s ’77 and ’78 seasons. In 1983 he moved to the United States to compete in the Can-Am series. 1984 saw Roe win seven of the ten rounds of the series on his way to dominating the championship, and setting a series record for wins and poles positions in one season. The following year he moved to the CART IndyCar series and made four starts for Hemelgarn Racing, scoring points in two races. Roe then moved into endurance sports cars driving for Nissan and Aston Martin and started the Le Mans 24 Hours twice. He retired from racing in 1990.

Painted in ‘Irish’ green’, it has a white, edged in orange, ‘Lucky Shamrock’ on the top front and Roes name in orange, edged in white, on both sides. The helmet still retains its pop-off valve fitting and USAC tech sticker.

This helmet is from the Ron Burton Collection and comes with a Certificate Of Authenticity.