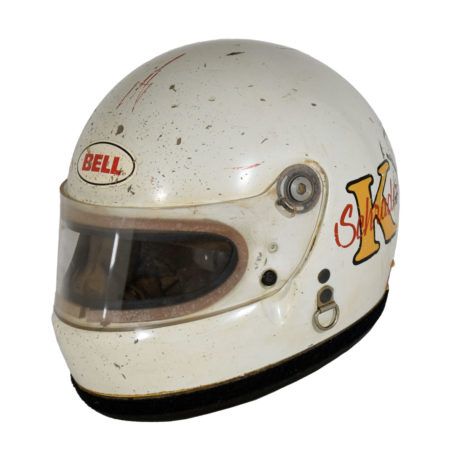 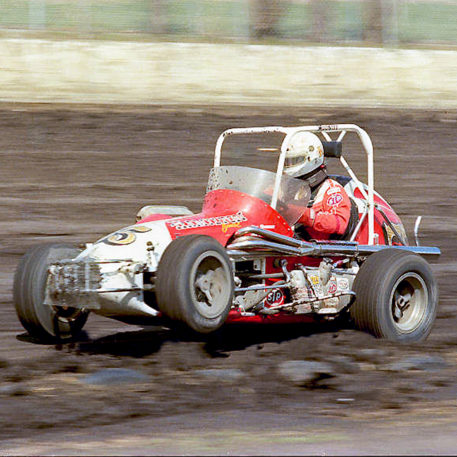 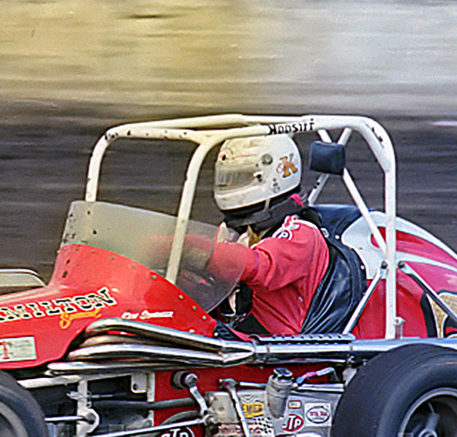 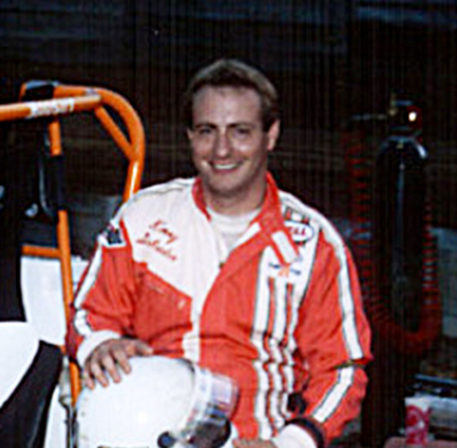 Ken Schrader is known as a highly respected NASCAR driver, has raced in many American racing divisions in his long career. He has been successful in all divisions that he competed. He started racing in 1973 in USAC Stock cars, moving on to USAC Sprints and Midgets through the late 70’s and 80’s. During the 1990s and the early part of the 2000s, Schrader was running as many as 100 races yearly in many disciplines , including NASCAR’s national and regional touring series, ARCA, short track, and dirt track. He currently owns ‘Ken Schrader Racing’ and has cars in the late model dirt, open wheel modified dirt car, Camping World Truck Series and ARCA series. He is also owner rand part owner of I-55 Raceway and Macon Speedway respectively.

This Bell XFM-1 Helmet.was used by Schrader during the 1982 USCA Sprint and Midget car seasons. The all white Bell helmet displays the scars of many battles; it has red custom pinstriping to the top front of the helmet that has worn due to use. On either side is a large ‘K’ in yellow edged in black with ‘Schrader’ in red signwitten over the ‘K’. On the rear there is a cartoon monkey dressed in a race suit and helmet holding a steering wheel. And Schrader’s A+ blood group under the image. The helmet retains its original USAC tech sticker.

The helmet has been photo-matched as being used by Schrader driving the Hamilton Special #55 at the Iowa State Fairgrounds in 1982.