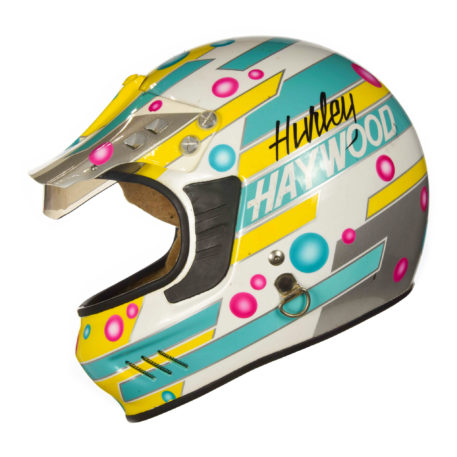 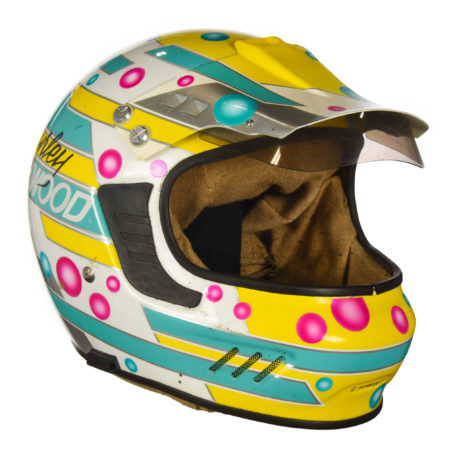 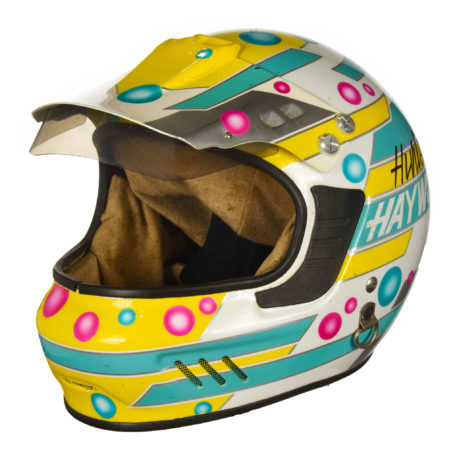 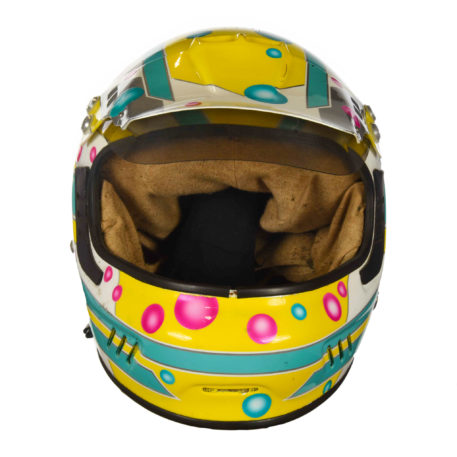 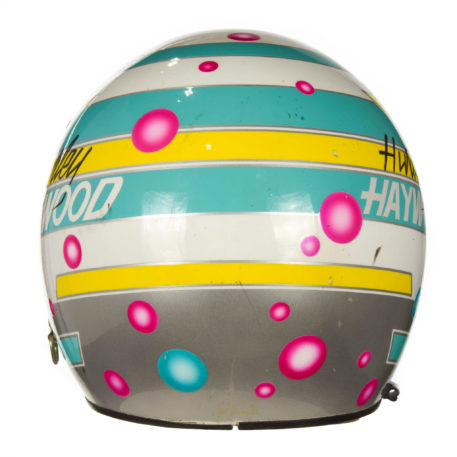 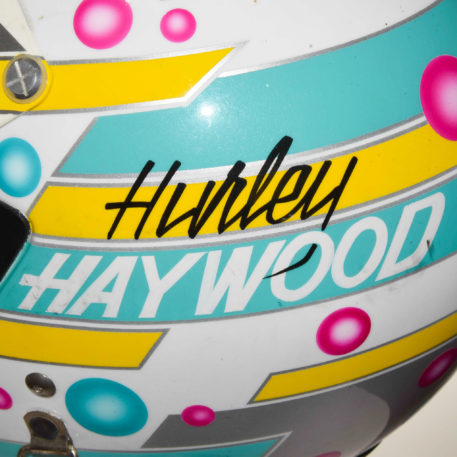 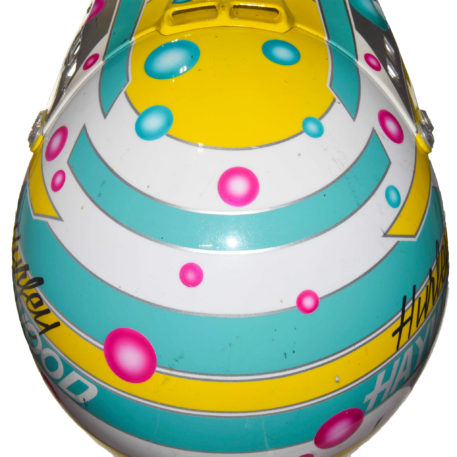 The helmet has a white base with alternating horizontal bands in teal blue and yellow edged in silver. The helmet is also covered in pink and teal blue ‘bubbles’ throughout. ‘Hurley Haywood’ is painted on both sides of the helmet within the yellow and teal bands.

This helmet was used sometime in the mid 1980’s where Hurley used the full face with open visor style helmets. Hurley Haywood memorabilia is very rare and almost never comes up for sale so don’t miss out on this rare opportunity today.