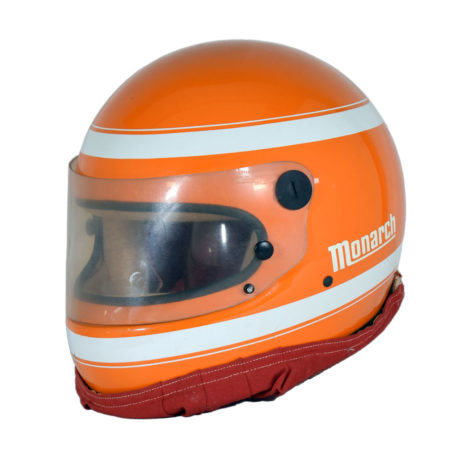 From one of Ron Burton’s closest friends, this helmet was used by “Wadd” whist he was on the pit crew during the Indy 500 sometime in the 1980’s.Weaks has been a popular character around the IndyCar paddock for many years and spent a good decade or longer as Scott Dixon’s Motorcoach driver.