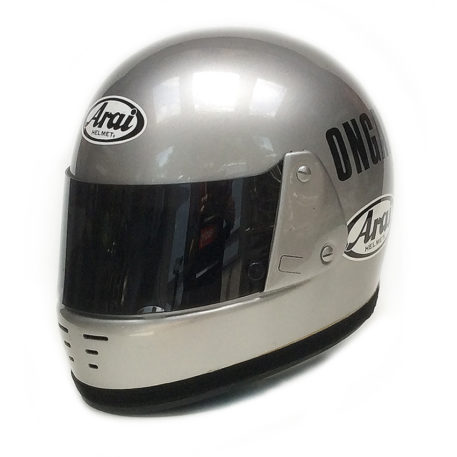 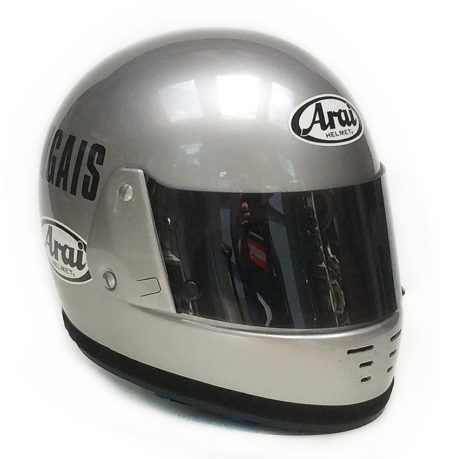 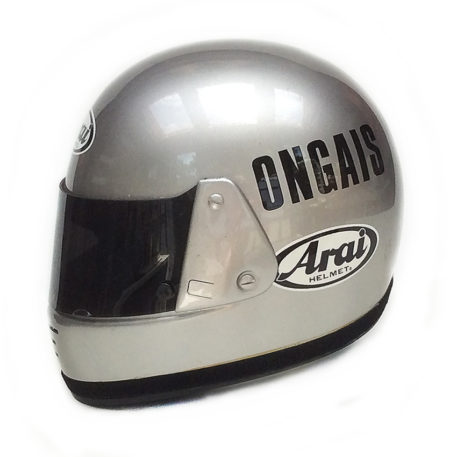 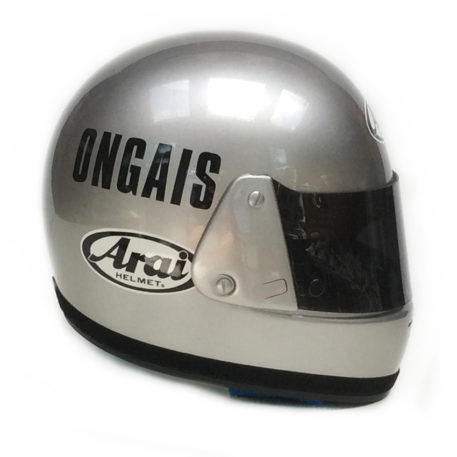 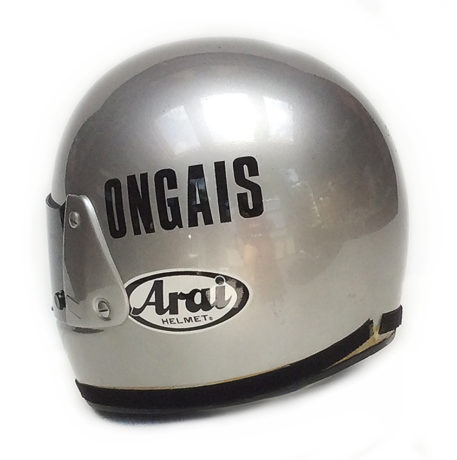 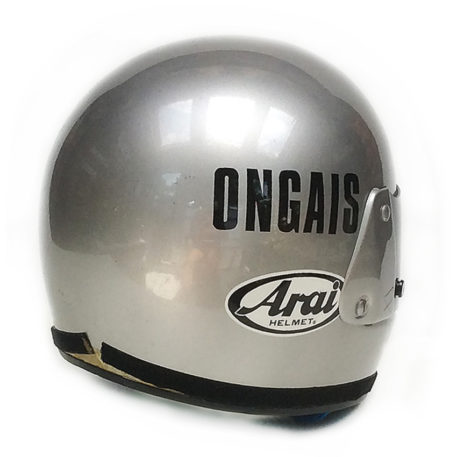 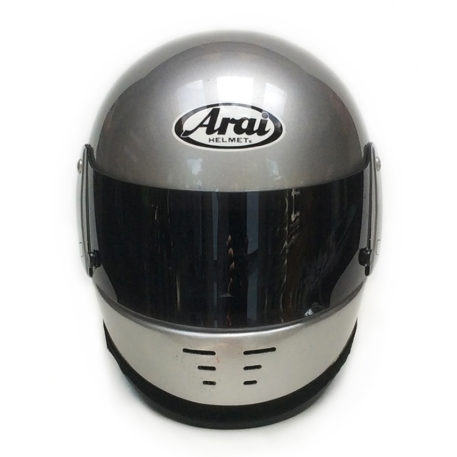 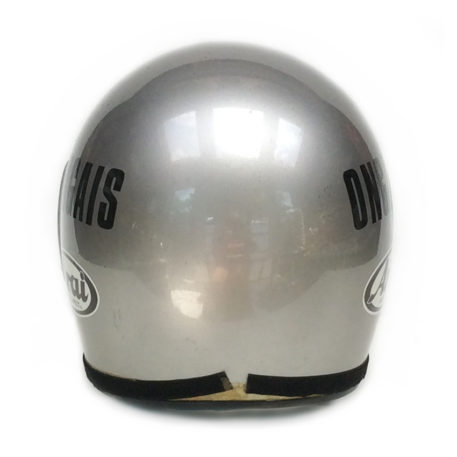 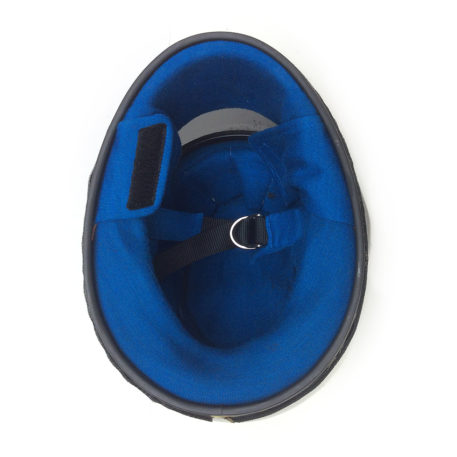 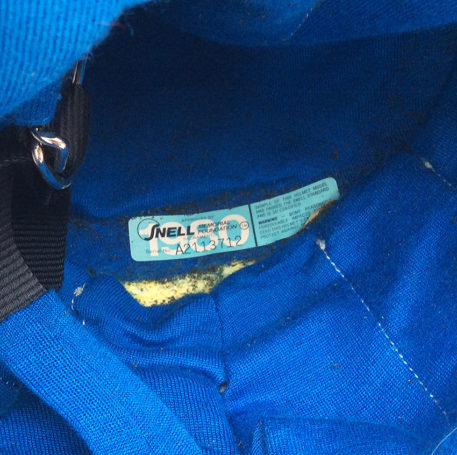 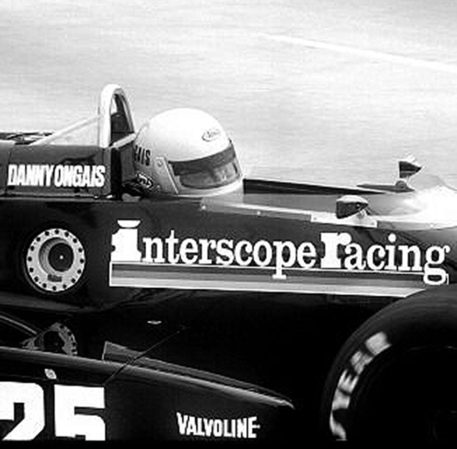 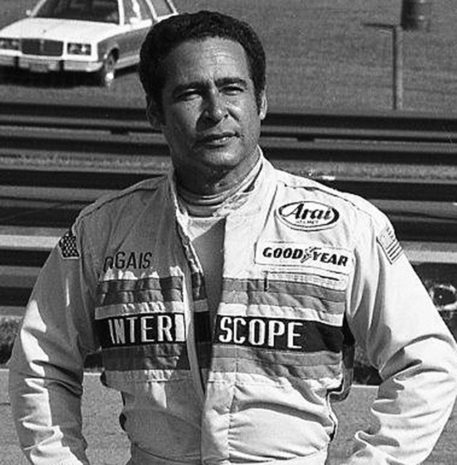 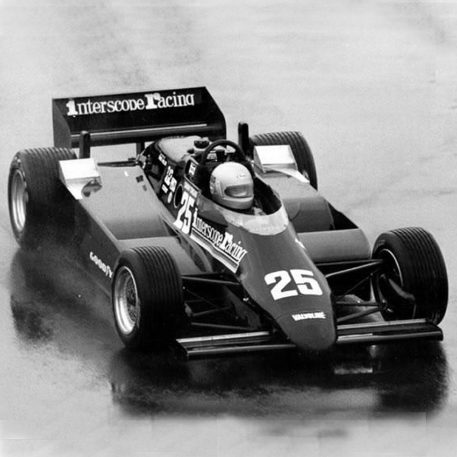 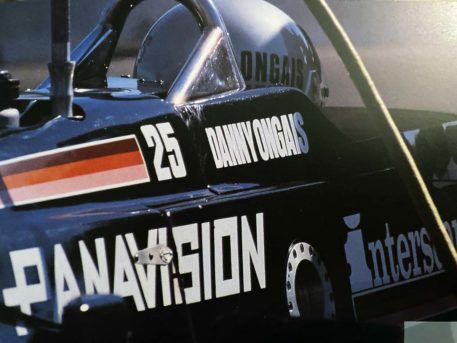 Arai GPN helmet worn by Hawaiian multi-disciplined driver Danny Ongais. Nicknamed the ‘Flyin Hawaiian’ Ongais was a Motorcycle and Drag Race Champion. A six-time IndyCar race winner, who started in four F1 Grand Prix races as well, Ongais also raced at Le Mans and was a winner of the Daytona 24 Hours. He would be widely remembered for his frightening accident during the 1981 Indy 500 where he suffered many injuries but returned to racing the following year. He retired in 1997 after a significant crash in qualifying for the Indy 500.

The helmet, worn during the mid 80’s, is as Ongais would have worn it during his entire career.  It’s painted in a plain silver color with his name in black on both sides, and has Arai branding decals applied under the name and on the front above the visor.