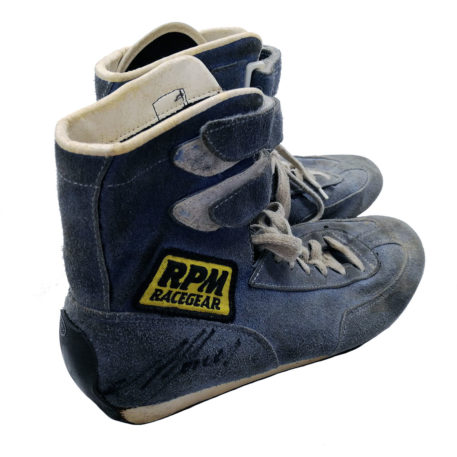 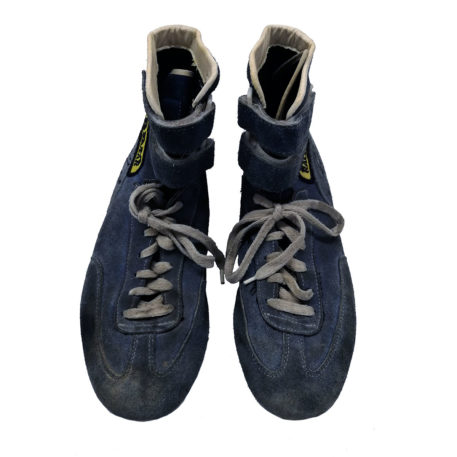 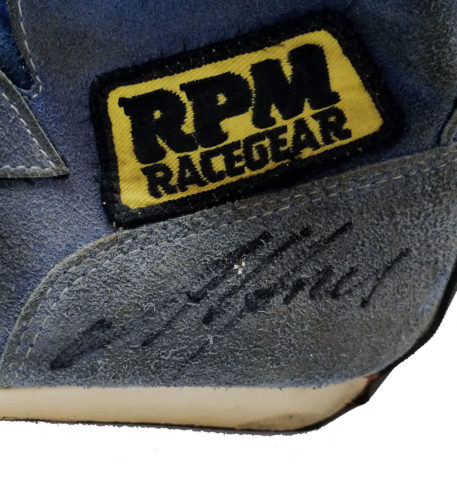 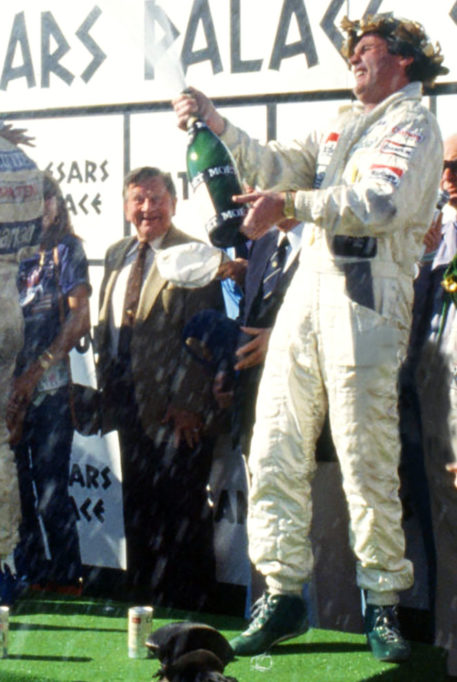 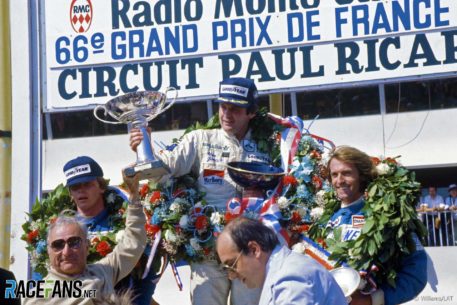 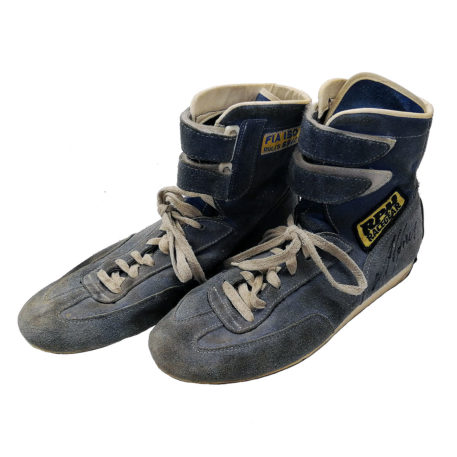 Pair of RPM race boots worn by former 1980 Formula One World Champion Alan Jones. These boots were used in the early 1980’s where the Australian Jones drove in many races including in Formula One, CanAm and in the Touring Car championships. They were last used in the Sandown 1000 Endurance Race in 1984 where Jones drove a Rothmans Porsche 962 in the Australian World Sportscar Championship (we have the race used Rothmans Porsche suit available as well, please see listing).

The well-used velcro and lace-up boots have the RPM Racegear and FIA tags still attached. The boots were acquired along with other Jones race used items. Both boots come personally signed by Alan Jones on each of the outer heels.

Don’t miss out on this ultra rare opportunity to own a race used item from the Australian F1 World Champion.

The race boots come with a Certificate Of Authenticity.