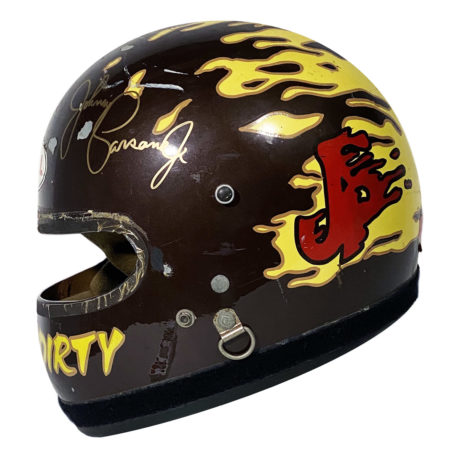 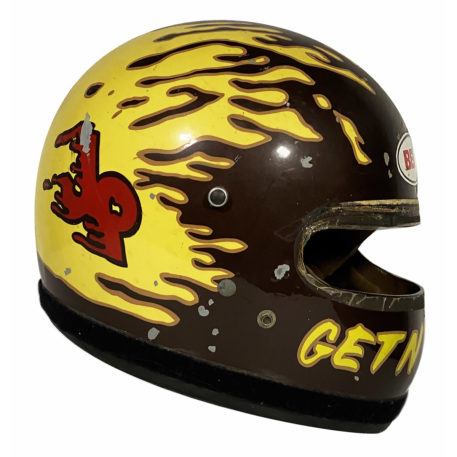 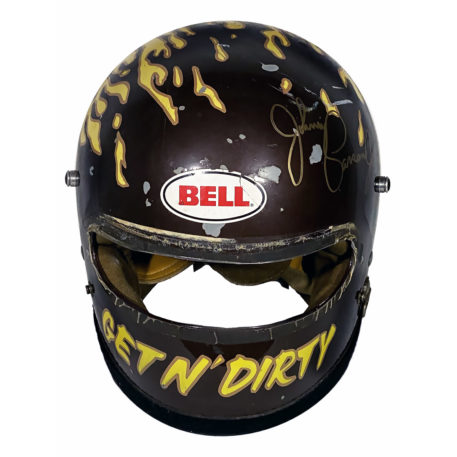 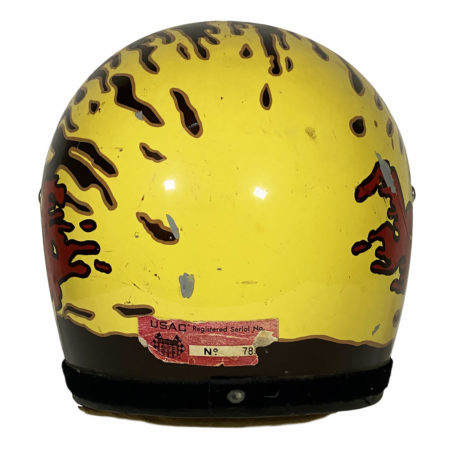 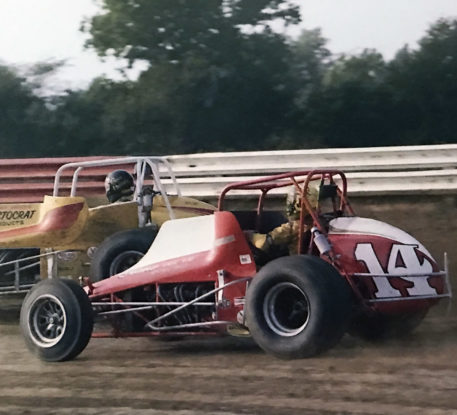 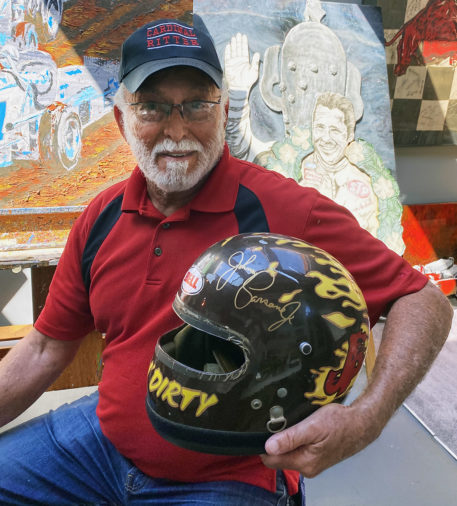 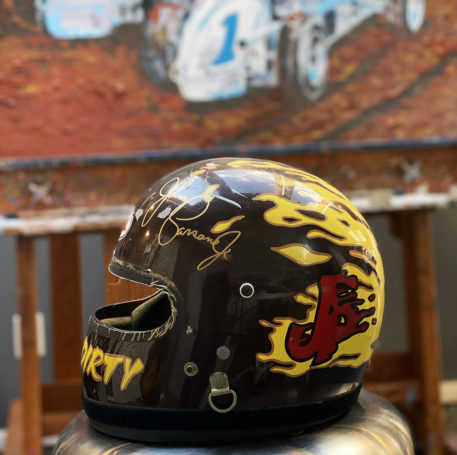 Fabulous race-used Sprint Car helmet worn by veteran Sprint/Midget and IndyCar driver Johnny Parsons. He is the son of the 1950 Indy 500 winner Johnnie Parsons and is the stepson of Duane Carter, the half-brother to racer Pancho Carter. With this background Parsons was destined for a life in racing. His open-wheel career spanned over forty years and he raced against the great and the good on asphalt and dirt tracks. Parsons started twelve Indianapolis 500 races, his last being the 1996 race. His best finish was fifth both in 1977 and 1985. He won 29 Midget Car features including major wins at the 4-Crown Nationals Midget Car feature twice, the 1979 Hut Hundred and the 1986 Copper World Classic Midget feature He has also won two Silver Crown and five Sprint Car features.

This rare small eye-port Bell helmet has a Snell of 1975 and was used during the 1979 season and worn in Parsons win in the ‘Hut 100′ USAC Midget Car race at the Terre Haute track in Indiana. Its design is painted to represent a brown mud-splattered yellow helmet. It has the words ‘Get n’ Dirty’ emblazoned on across the chin and has Parsons initials in black-edged red ‘splog’ font on both sides. The helmet is as last used by Parsons with all the scars of hard racing present. It still bears a large Bell helmet oval sticker on the top front and the USAC tech sticker on the bottom rear.

Johnny Parsons has personally signed the helmet with a gold marker pen and it’s accompanied with a full Certificate Of Authenticity.