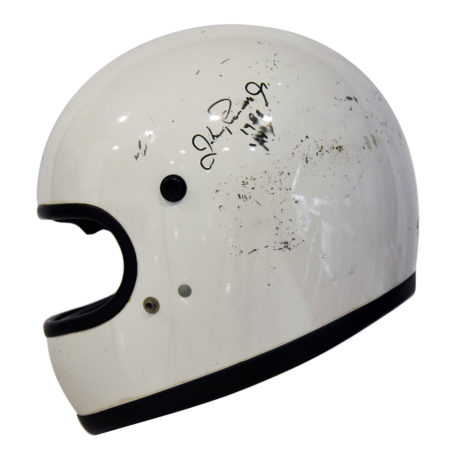 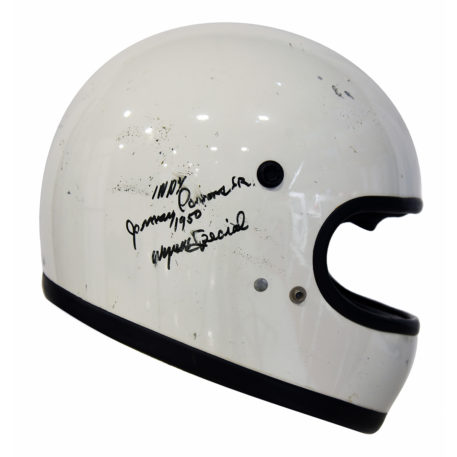 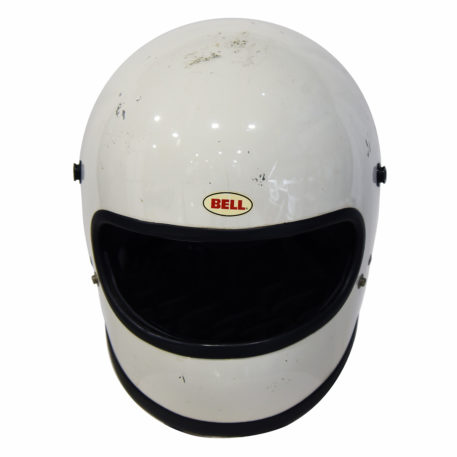 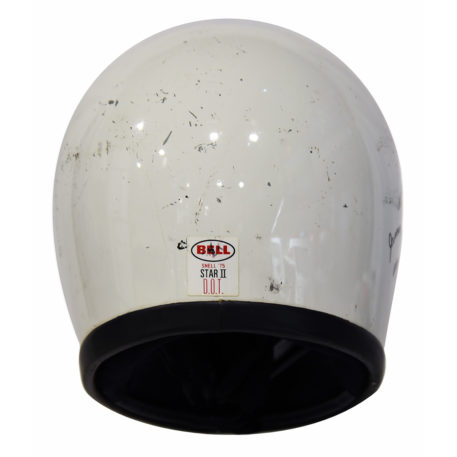 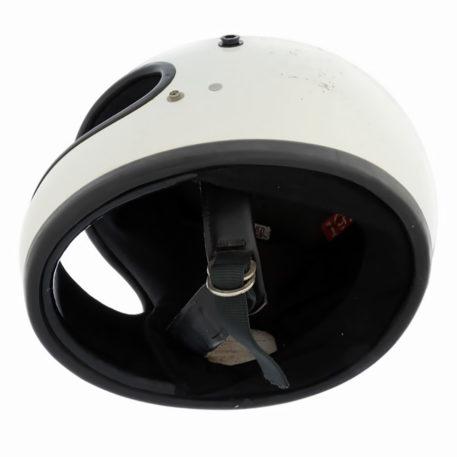 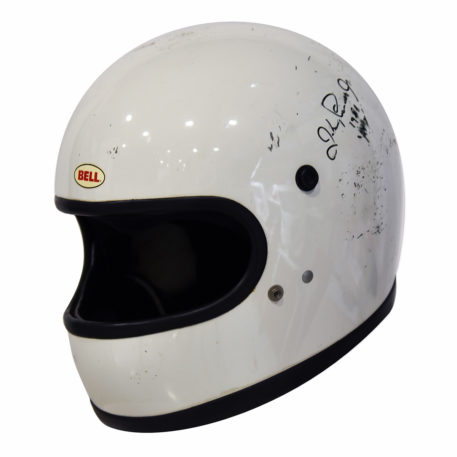 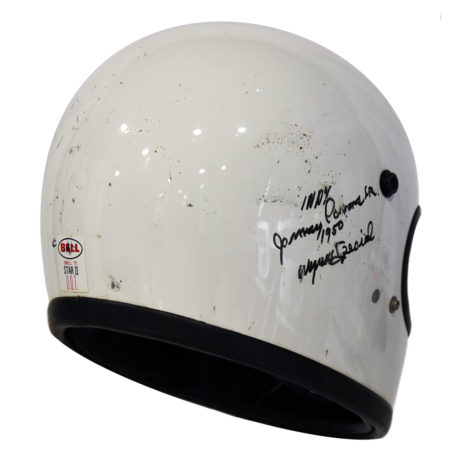 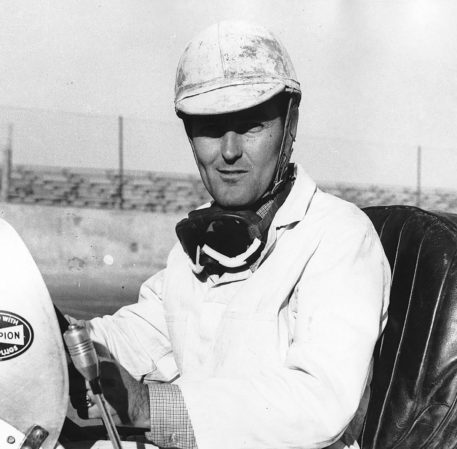 Johnny Parsons Jr. followed his father, Johnnie Parsons Sr., into open-wheel racing and had a successful career mainly in Sprint and Midget cars which spanned nearly thirty years. He was a regular entrant for the Indianapolis 500 and attempted to qualify for the event a total of twenty-four times. In 1980, at the 64th running of the event, a family coincidence occurred. Johnnie Parsons Sr., who had won the 1950 Indy 500 while driving a Wynn’s Special sponsored car, was nominated to drive the pace car for the event. Johnny Parsons Jr., who had qualified for the race, would also drive a Wynn’s Special sponsored car in the race. Both father and son drove the 1950 winning Offenhauser powered Kurtis Kraft in the pre-race festivities. Parsons Sr. wore a period-correct open-face helmet while Parsons Jr. was has handed a white Bell Star II helmet to do his parade laps in.

This was the helmet Parsons Jr. wore when he made his trek around the track at Indy. The white helmet has various chips and scratches on the shell. It has a Bell oval sticker that is prominently featured on the top front and on the back is an applied Bell Star II/ D.O.T. /Snell 75 label. Johnnie Parsons Sr. has signed the right side and added documentation of his 1950 Indy 500 win and his son has signed the left side, adding the date and race.