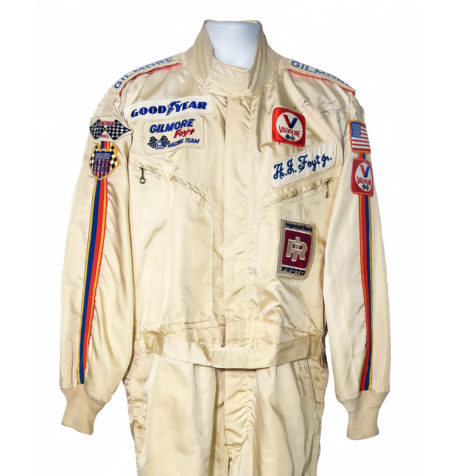 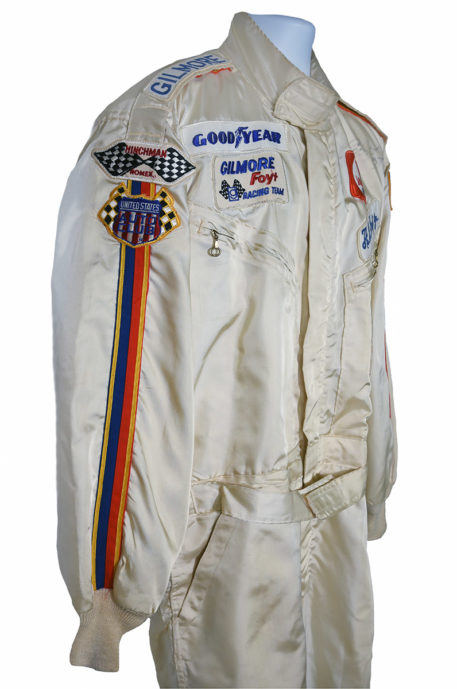 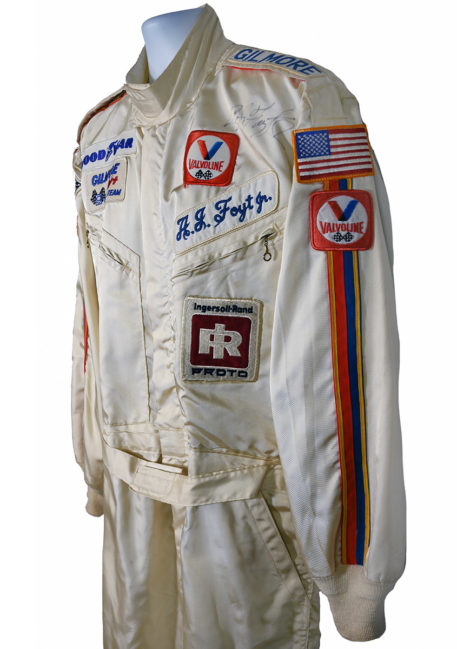 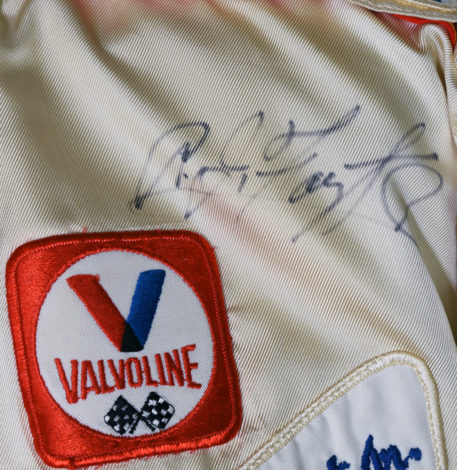 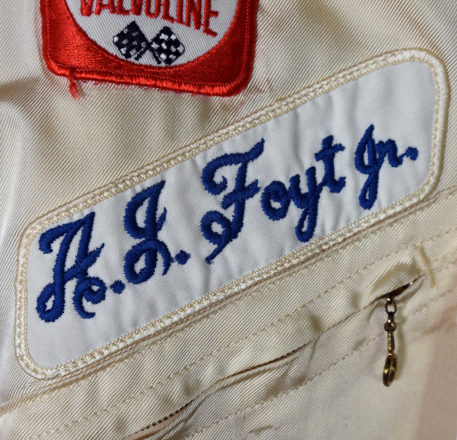 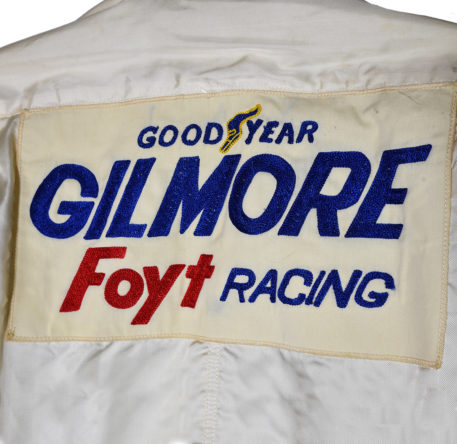 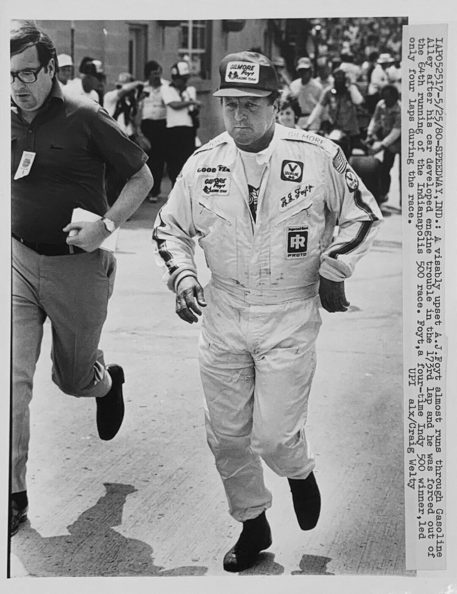 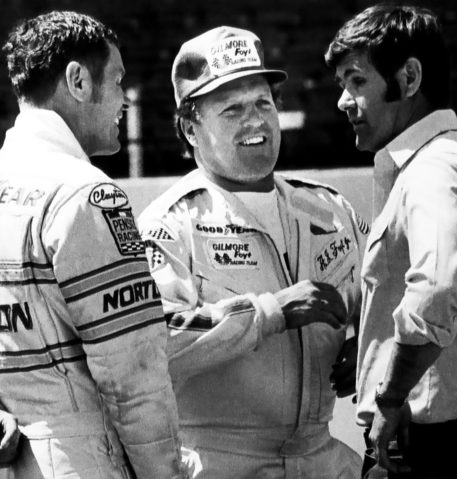 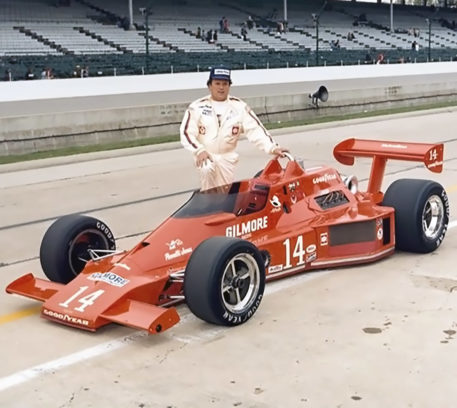 This fantastic race-worn suit was used by the one and only A.J. Foyt during the 1980 racing season. The suit has been photo matched (see pictures) to the actual suit Foyt wore during the 64th running of the Indianapolis 500. He would have also used this suit in two other IndyCar super speedway events at the Ontario Motor Speedway and Pocono Raceway. The suit also saw use at the Daytona 500, the only NASCAR race Foyt ran in 1980. At the end of the season Foyt signed and presented the suit to his good friend and Gilmore team mechanic Cecil Taylor. Hall of Fame Collection was able to acquire the suit directly from the Taylor estate.

The all-white Hinchman suit has red and blue stripes, edged with gold braid, running down the outside of both arms. The right chest has Gilmore Racing and Goodyear patches applied and the left chest has a Valvoline patch and Foyt’s name patch. Just above these A.J. Foyt has personally signed his name. On the left midriff an Ingersoll-Rand branding patch has been applied. This was the first year Gilmore Racing was associated with the Ingersoll-Rand company. The back of the suit has a large chain-stitched Gilmore/Foyt Racing patch with  Goodyear lettering and the winged foot logo just above this. Both arms have patches that include Hinchman, Valvoline, USAC and the Stars and Stripes.

This is a great opportunity to acquire this historic race-used item, worn by one of the all-time great race drivers in the history of motorsports