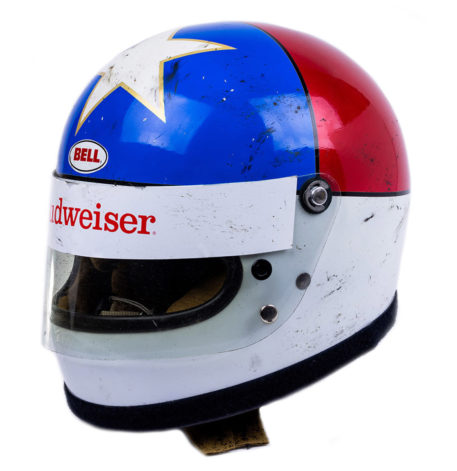 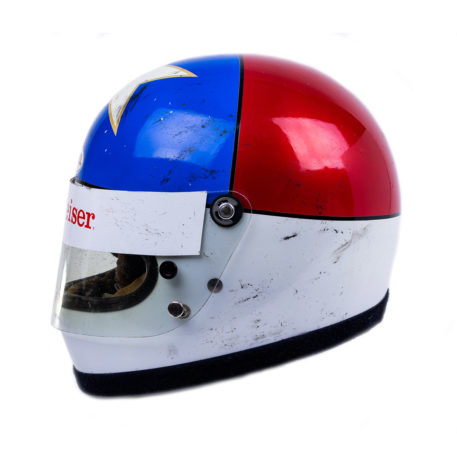 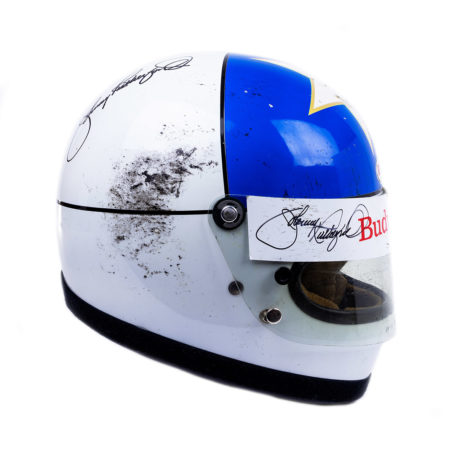 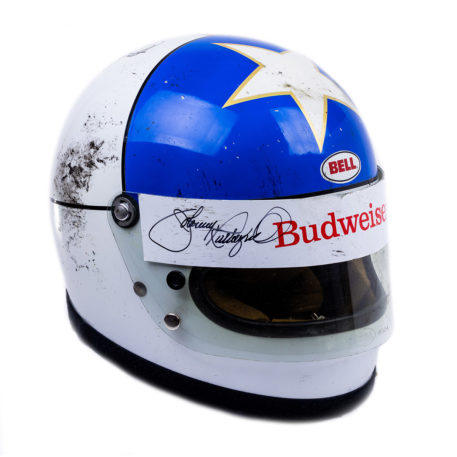 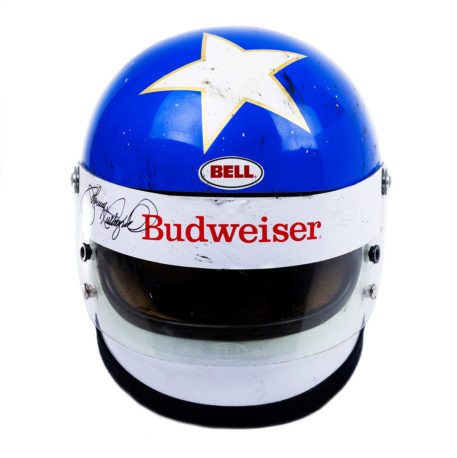 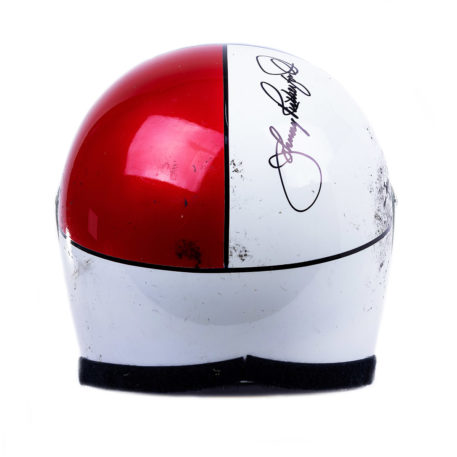 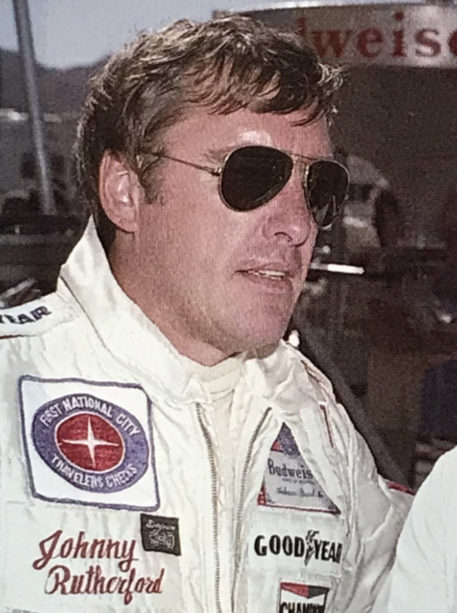 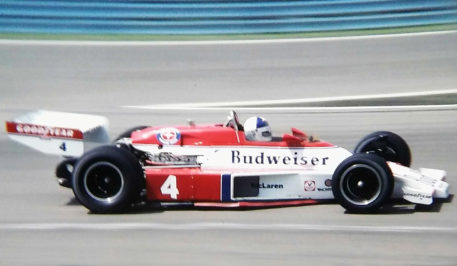 Bell helmet used by IndyCar Champion and three times Indy 500 winner ‘Lone Star’ Johnny Rutherford. This is one of the helmets he used during the CART IndyCar series in 1979. In the fourteen race schedule Rutherford, driving for Budweiser Team McLaren had eight top five finishes including two wins and three third pace spots.

This great looking helmet shows signs of use and has Rutherford’s trademark ‘Texas Flag’ design. Its white base color has a dividing black line running around its middle, above this is a dived metallic blue front half and a halved red and white sections to its back. At its top front there is a large five pointed star edged in gold, just under this is a Bell Helmets sticker. The tinted visor has a Budweiser strip applied to it. This has been personally signed by Johnny Rutherford as has the rear top white section of the helmet.
This is a great opportunity to own a race used helmet from one of the all time legends of IndyCar.