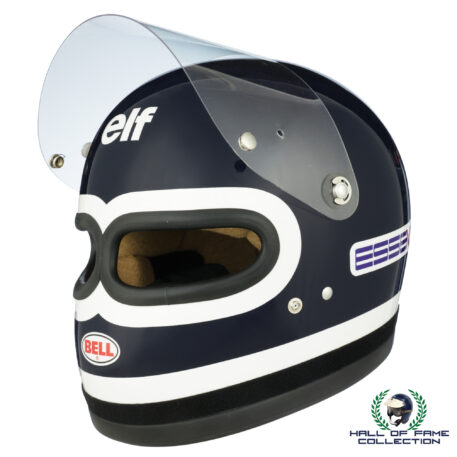 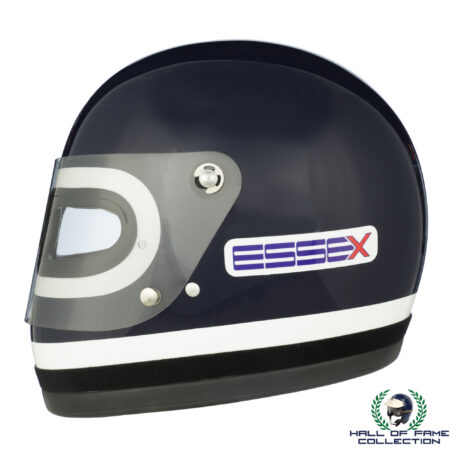 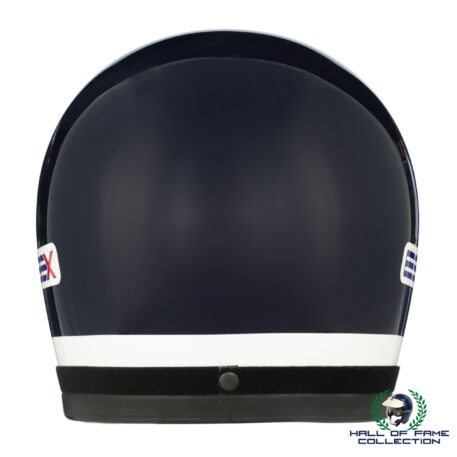 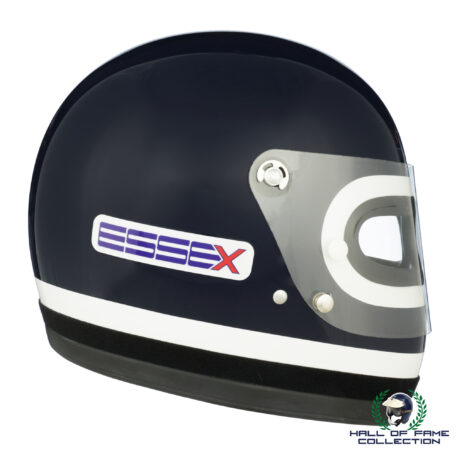 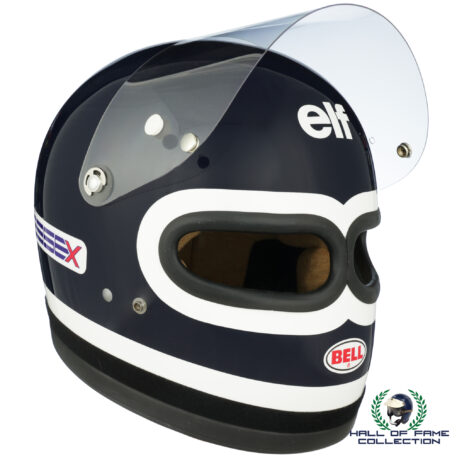 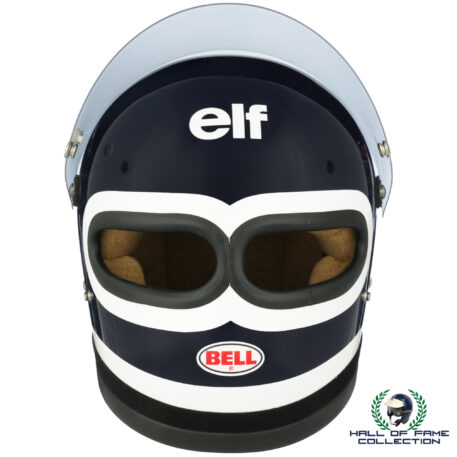 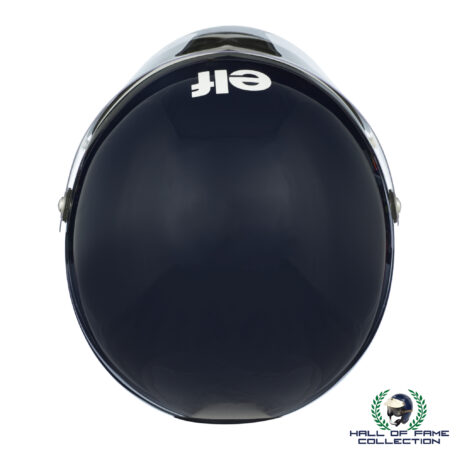 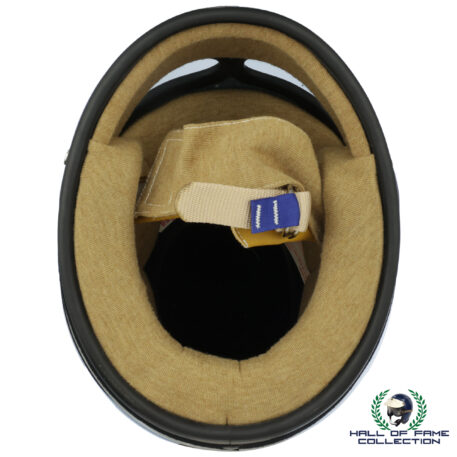 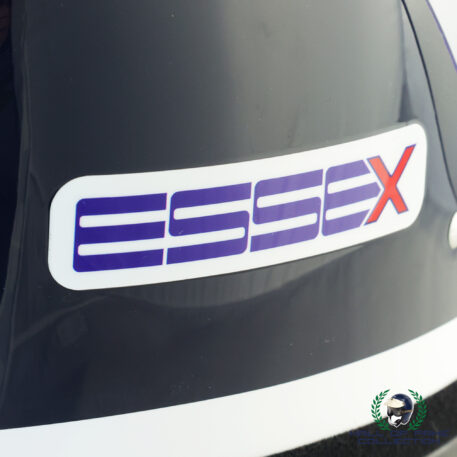 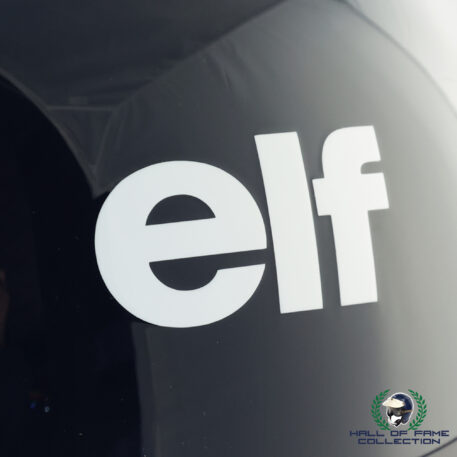 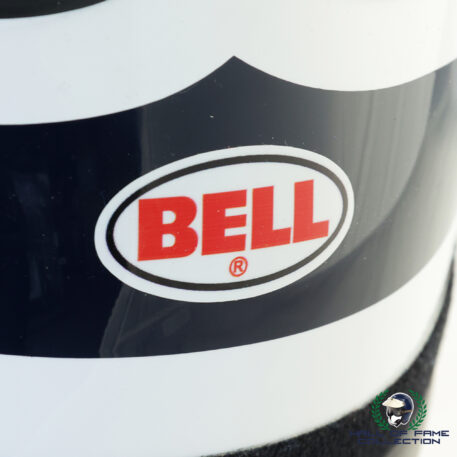 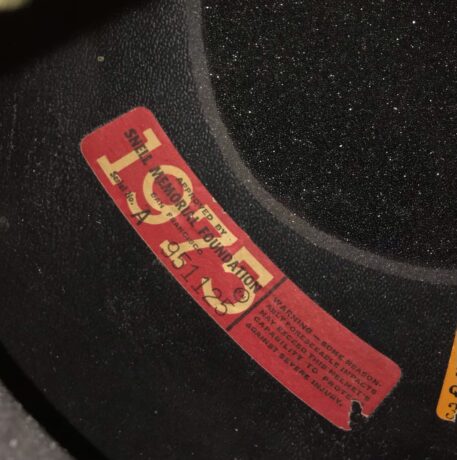 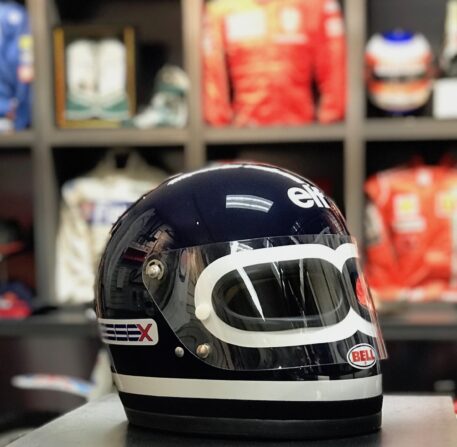 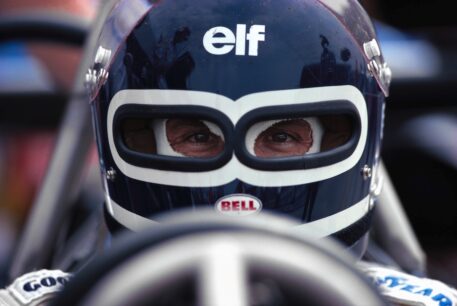 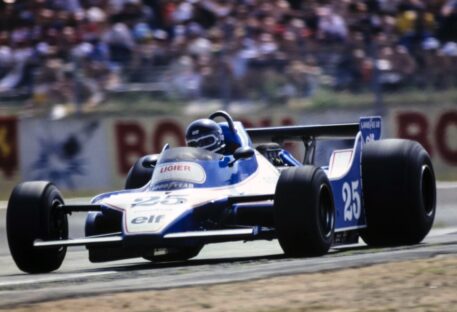 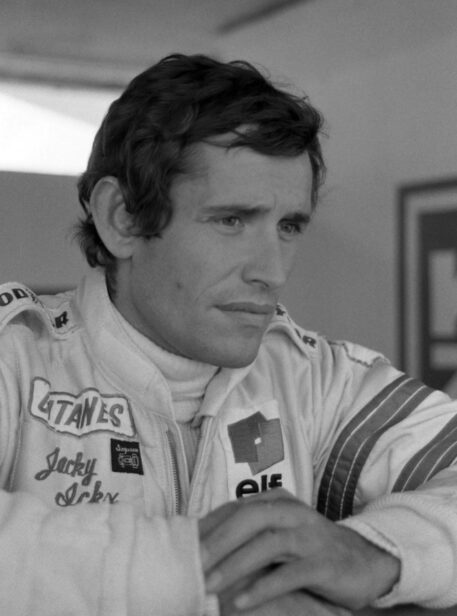 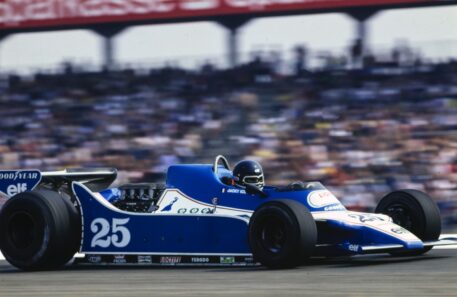 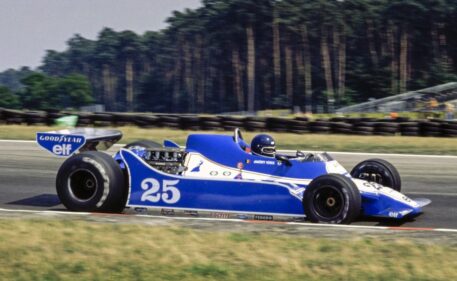 Replica Bell Twin Eye port helmet made from a vintage Bell helmet of the period. This beautiful helmet is an exact replica of  the one Jacky Ickx wore while driving for the Ligier Team in the second half of the 1979 season.

Ickx, the multi-talented Belgian racer, began his exceptional racing career on motorcycles and won the European 50cc Championship at the young age of 12. He quickly turned his attention to four-wheel racing, and by the age of 21 Ickx was driving one of Ken Tyrrell’s Formula 2 cars winning the Championship in 1967. Graduating to Formula 1, he took his first Grand Prix victory in 1968 at the French GP driving for Scuderia Ferrari. In 1969, while driving a Brabham, he won both the German and Canadian Grands Prix and finished second to Jackie Stewart in the Drivers’ Championship. In 1970, back in a Ferrari, Ickx would go on to win the Austrian, Canadian and Mexican GP’s, and again was title runner-up, this time behind Jochen Rindt, who won the Drivers’ Championship posthumously after a fatal crash at Monza. By 1978, the Belgian was the main man in Endurance Racing, but was also a great option for F1 teams when needed to be called back into action. This was the case for the Tissot Ensign and  Ligier Teams in ’78 & ’79,  where Ickx can be spotted wearing the famous twin eye port design Helmet. Ickx would post victories in eight Grands Prix races in total during his F1 career.

He was also very successful in Sports Car and Endurance Racing, winning the 24 Hours of Le Mans an incredible six times, earning him the nickname “Monsieur Le Mans”. Ickx also won all the big endurance races including Daytona, Sebring, and Watkins Glen with co-drivers such as Mario Andretti, Derek Bell, and Brian Redman. Ickx would also win the 1979 Can-Am Championship and the Paris-Dakar Rally in 1983. From 1976 on, he was a factory driver for the Martini Racing Porsche System team and their new turbocharged race cars, the 935 and especially the 936 sports car, which he drove to wins in Le Mans three times. These drives, along with his 2nd place finish in 1978, often in the rain and at night, were some of his finest ever.

The helmet comes with  Certificate Of Authenticity.