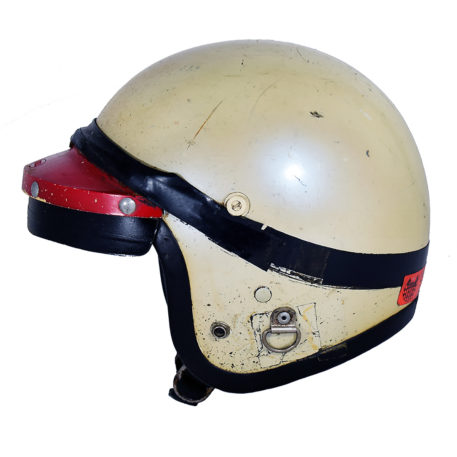 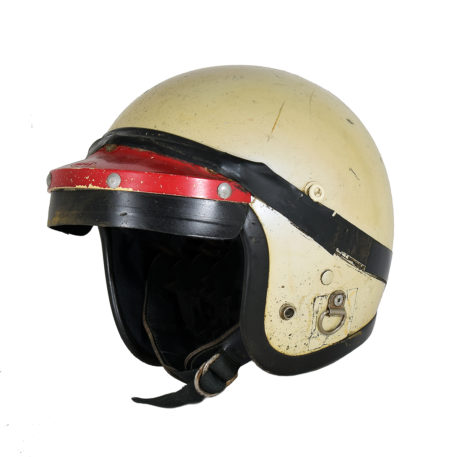 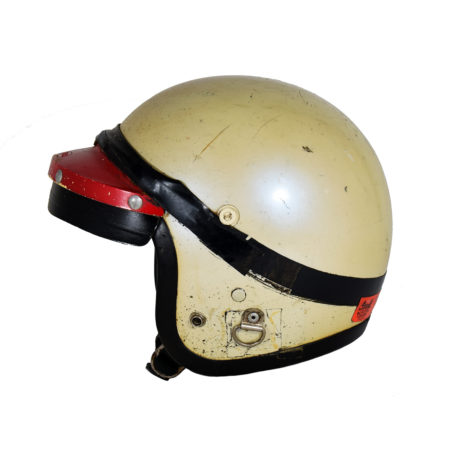 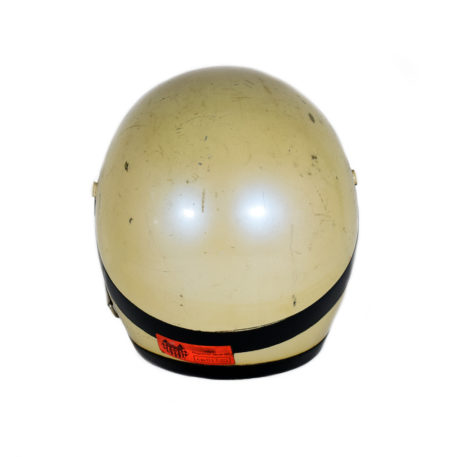 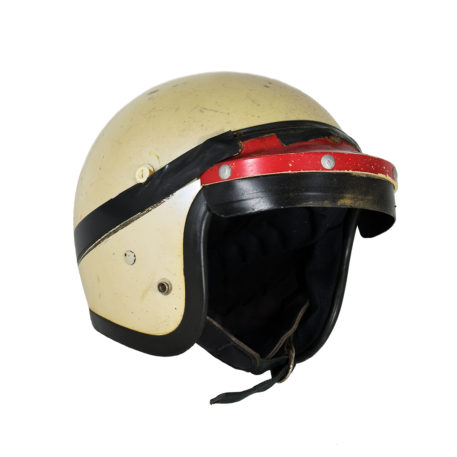 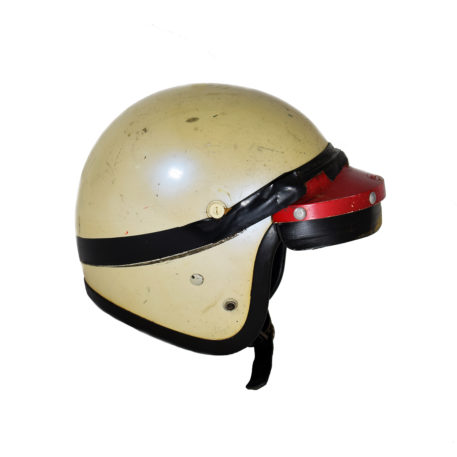 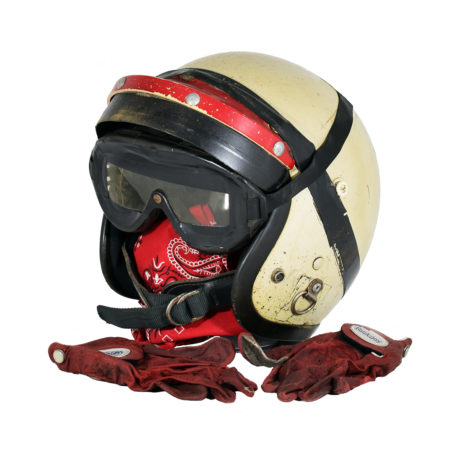 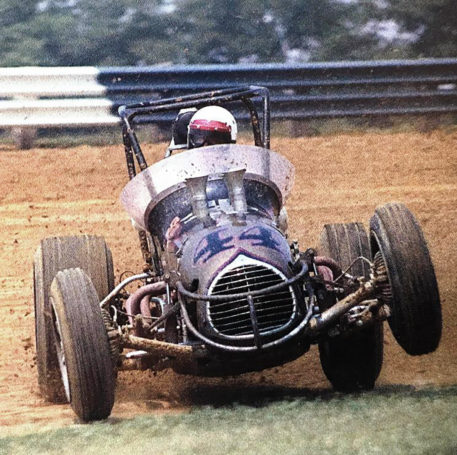 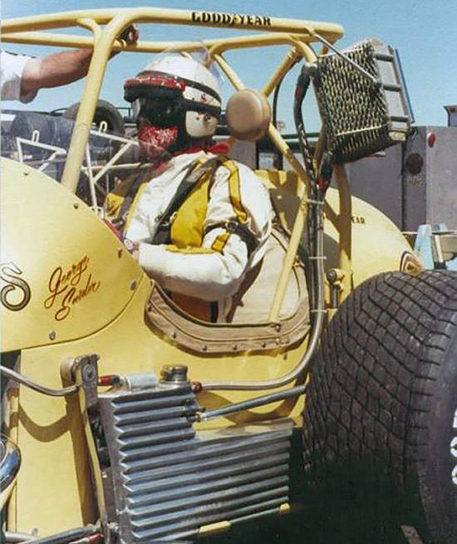 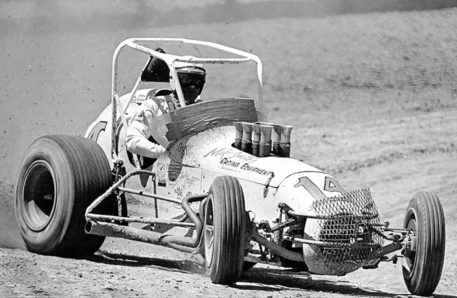 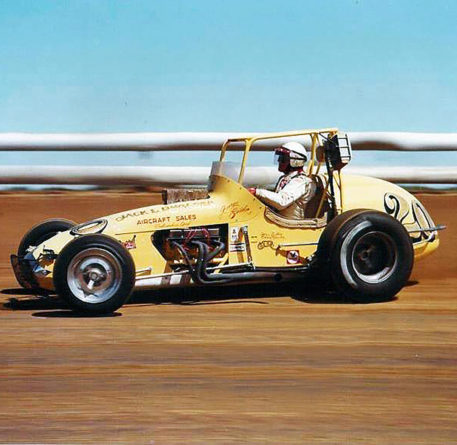 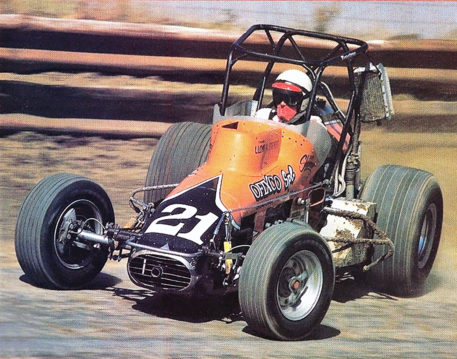 Helmet worn by George Snider, a long-time driver in the United States Automobile Club Silver Crown series. Snider also made twenty-two starts at the Indianapolis 500 and holds the record for the most starts without winning the race. He’s a very good friend of A. J. Foyt and drove for him many times. Snider is known to his many fans by his nickname “Ziggy”.

He was the 1971 USAC Silver Crown Champion and the 1981/82 USAC Champ Car champion, the last “big car” championship to include pavement races other than the Indy 500. Snider has since retired from active driving and is currently a partner in sprint car teams in California.

This great Bell open face helmet has been well documented (photo-matched) as being used around the late 70’s to early 80’s in many Sprint Car races. The white pearl paint shows heavy use. It has a red metallic visor peak and has black securing tape applied around the helmet and over the peaks studs. It still retains its original USAC tech sticker. The helmet also comes with Snider’s race used goggles and bandanna (gloves are for display purposes only).

This is a great opportunity to own this raced used set by a legendary dirt track racer.