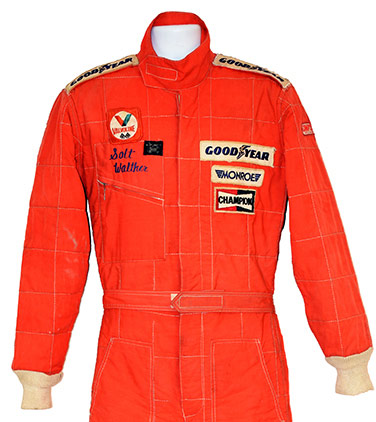 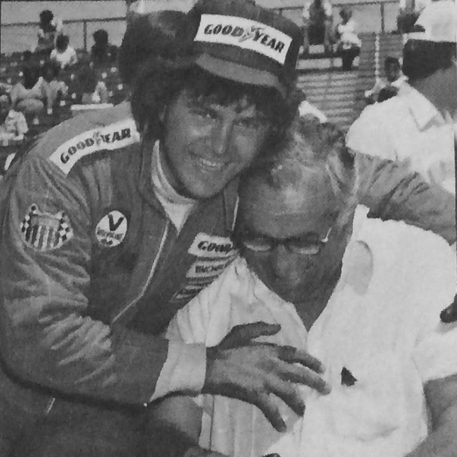 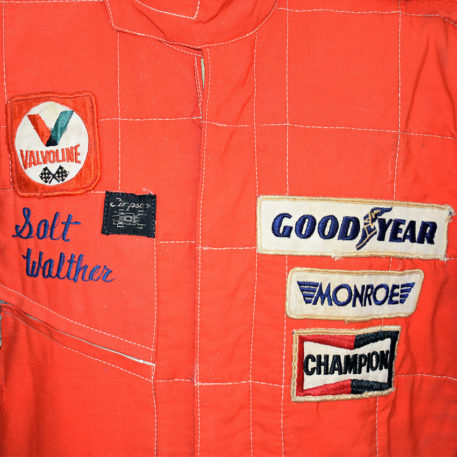 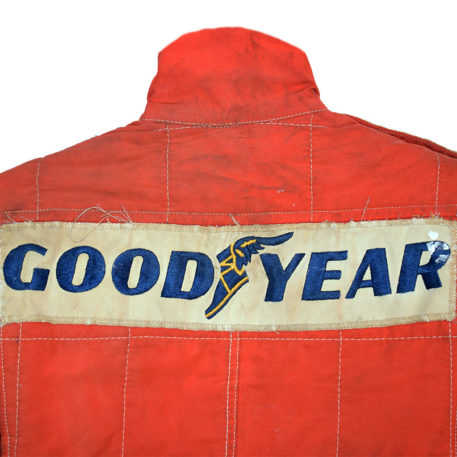 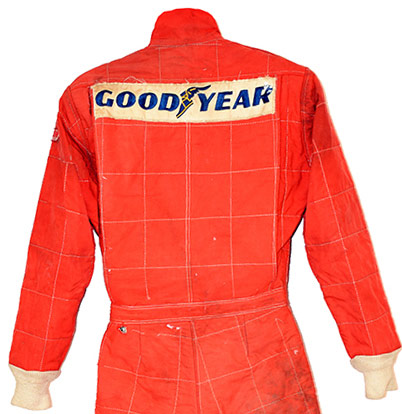 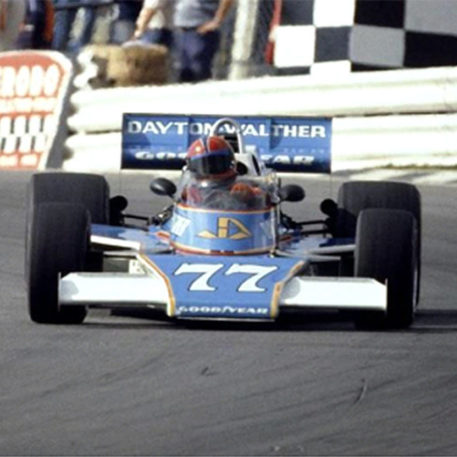 ‘Salt’, a nickname given to him while he raced hydroplane boats, will mainly be remembered for surviving a horrific crash at the start of the 1973 Indianapolis 500. He started in eight Indianapolis 500’s, with a best finish of ninth place in 1976, but unfortunately has the unwanted record of being the only driver to have finished last three times.

This suit was used by Walther in the 1979 SCCA/CART Indy Car Series Championship. With his father financing him he ran in eight races during the season driving a Walmotors Racing Penske and notched three top ten finishes. The heavy red Simpson suit has Walther’s name embroidered on to the right chest with patches of team suppliers Champion, Goodyear, Monroe and Valvoline sewn on the front of the suit. There is a large Goodyear patch applied to the back of the suit. It has been photo matched to being used during the month of May at the 1979 Indy 500.

The suit comes with the Certificate Of Authenticity.