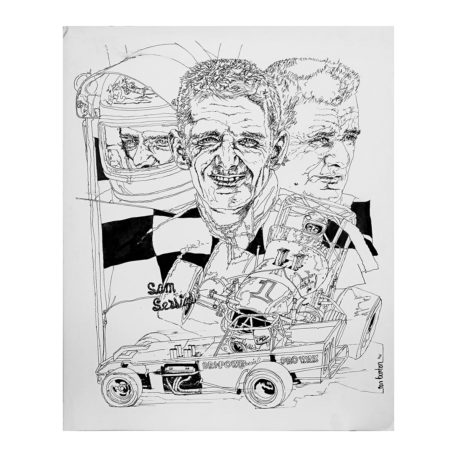 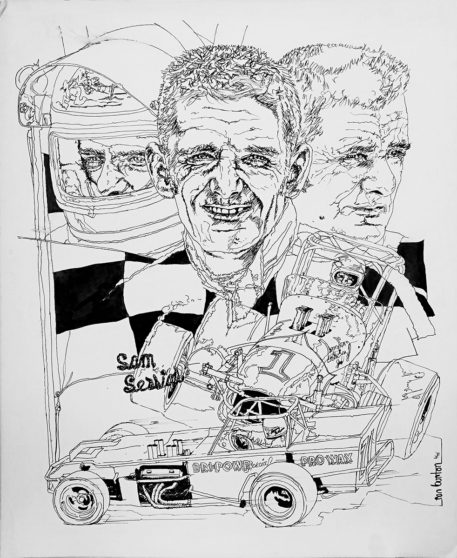 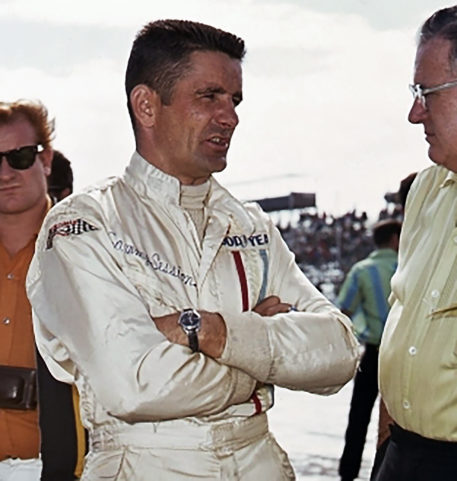 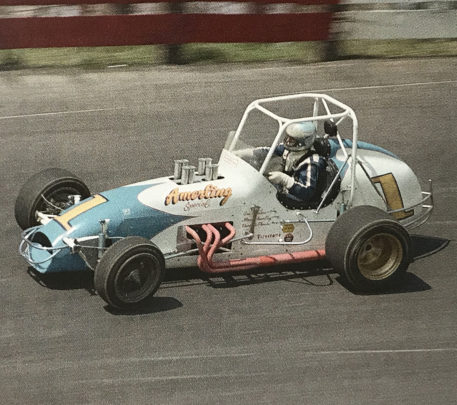 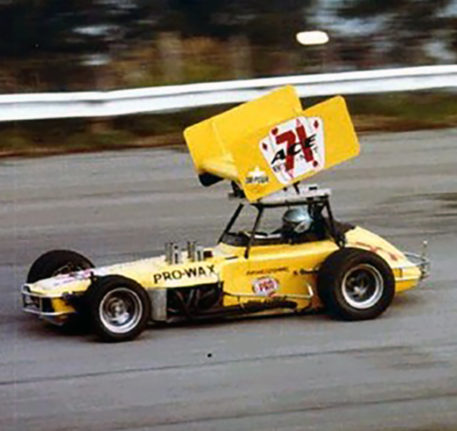 Brilliantly detailed black ink pen rendering of American driver Allen Dale “Sammy” Sessions. Sam was one of the most likable race drivers to come out of the State of Michigan and obtain national prominence. He started racing outboard boats at the young age of 14 and moved into stock cars in 1958. He then turned to Supermodifieds in the early ’60s winning many races and championships in the series. The year 1965 found Sessions switching to USAC and one of the highlights of Sessions’ career was a victory in the 1968 USAC Midget Turkey Night Grand Prix at Ascot Park. This is traditionally considered to be the toughest night of competition for midget auto racing. 1972 brought another season championship to Sessions in the USAC Sprint Car division. It was a tough season with the point battle going down to the final race of the year. Before eventually retiring from USAC, Sessions had accumulated 22 Sprint Car feature wins. Also in 1972 he added 4th place finishes at the Indianapolis 500, the Ontario 500 and the Michigan 200 IndyCar races. During the middle 1970’s Sam would cut back on the national scene and return to his old love of driving,  Supermodifieds. He picked up right where he had left off and won the 1977 TRI-SAC championship. However tragedy would strike in late 1977 with Sessions losing his life during a snowmobile race.

This fantastic artwork is on art-board and has three portrait images of Sessions (one wearing a helmet) and below these are images of his 1972 USAC Sprint Car and 1977 TRI-SAC Championship winning cars. All of these images overlay a chequered flag. The work is signed by Ron Burton and dated 1978. The approximate size of the artwork is 30 x 20 inches (75 x 50 cm).