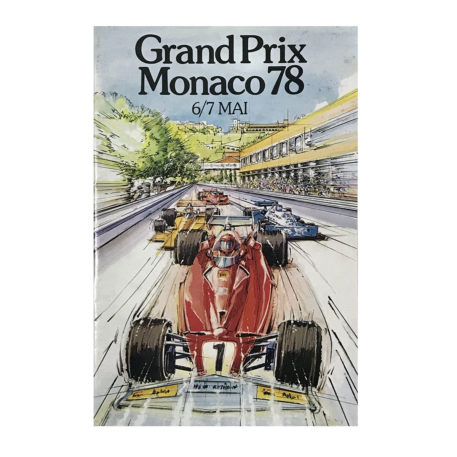 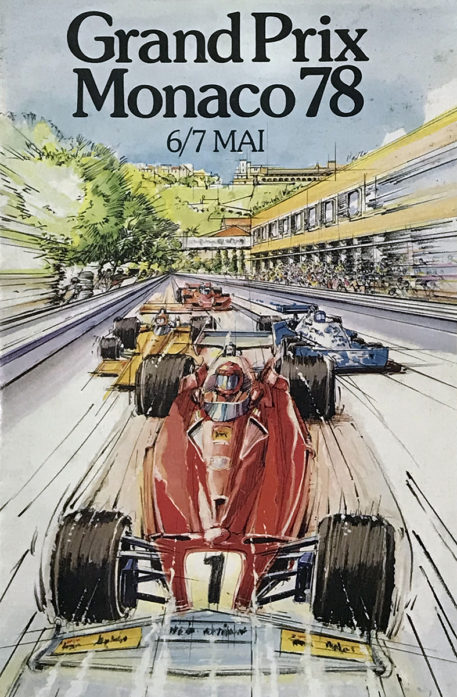 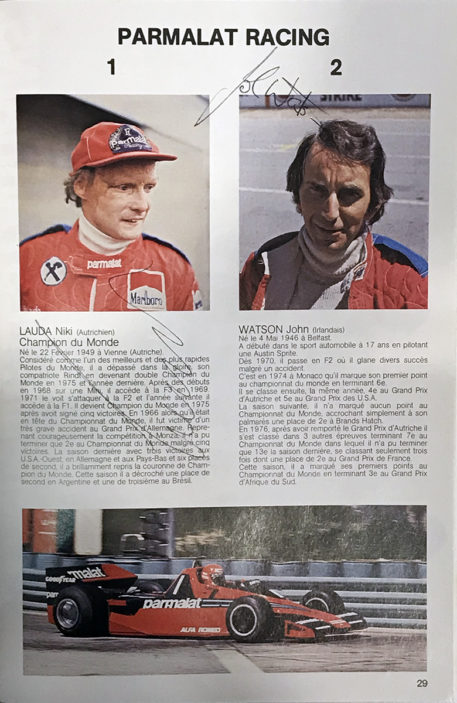 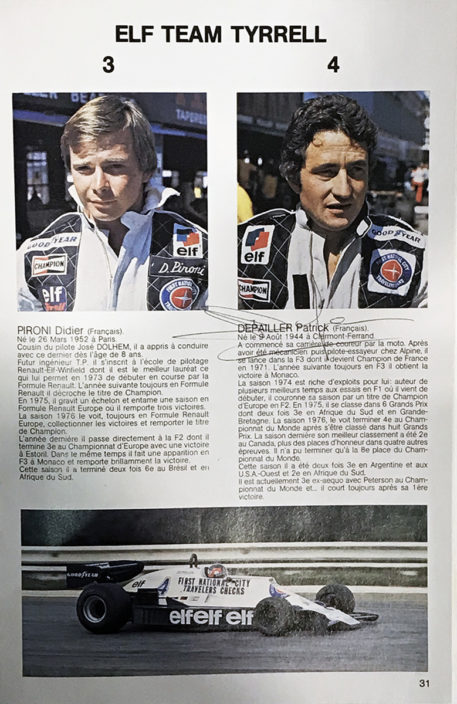 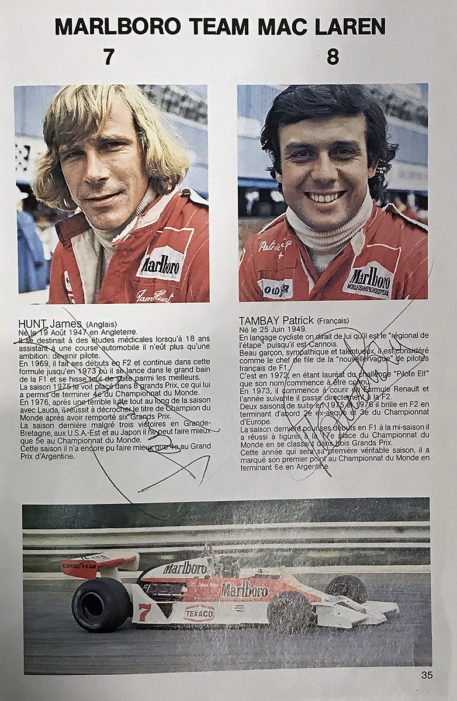 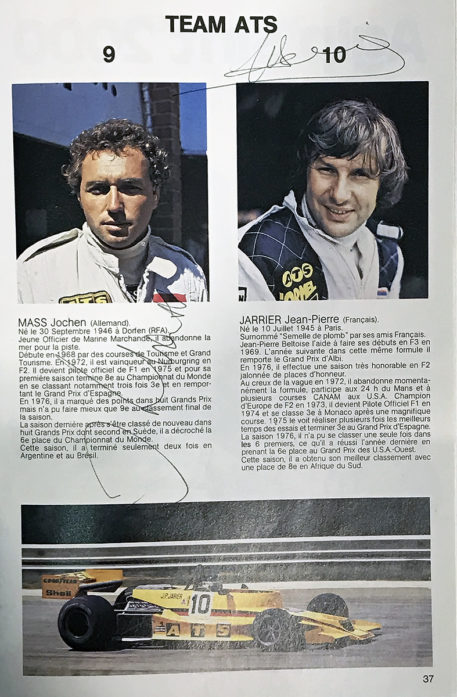 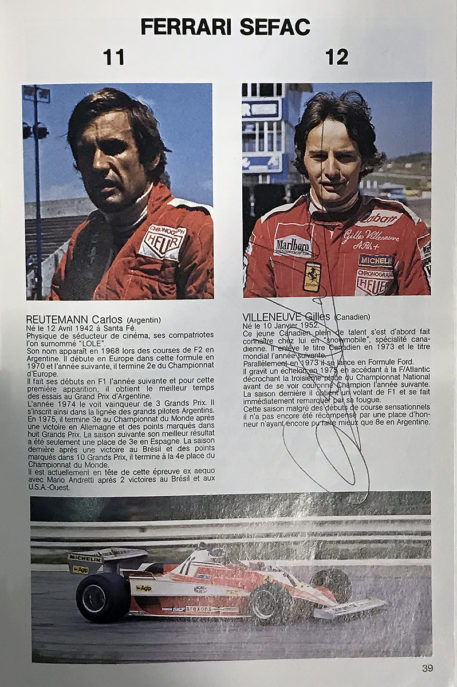 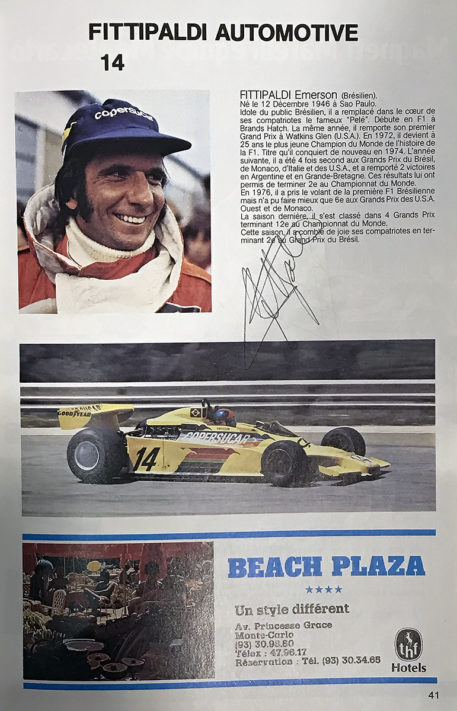 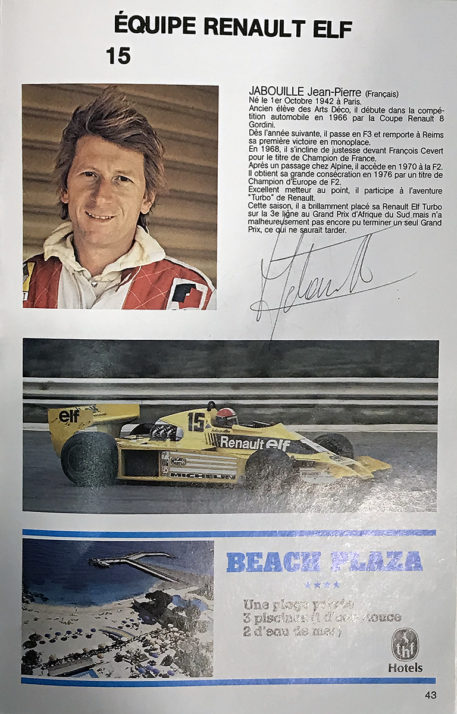 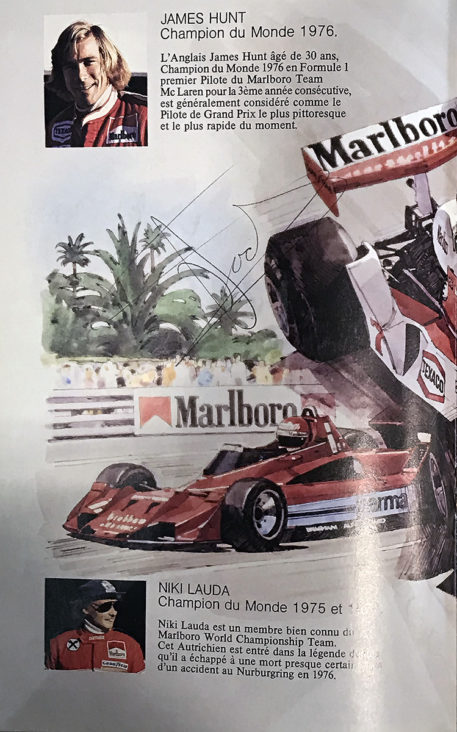 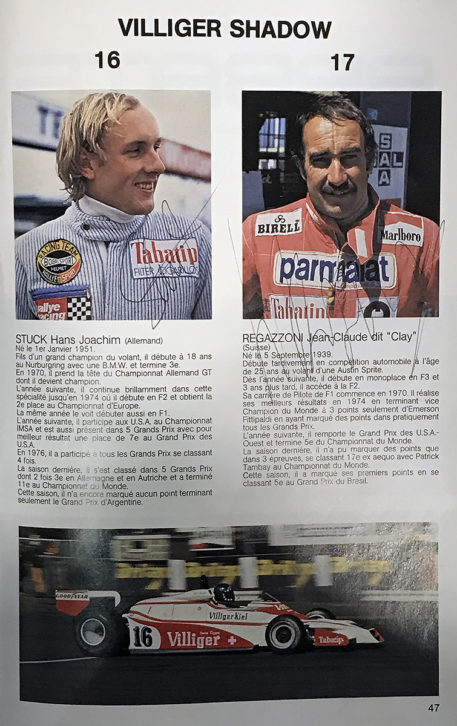 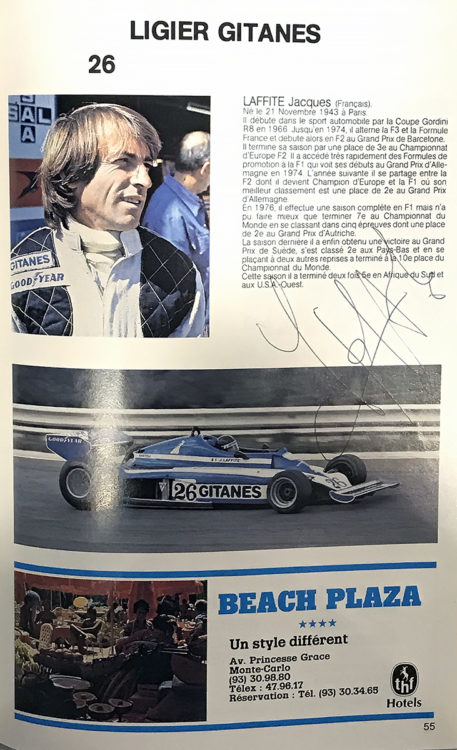 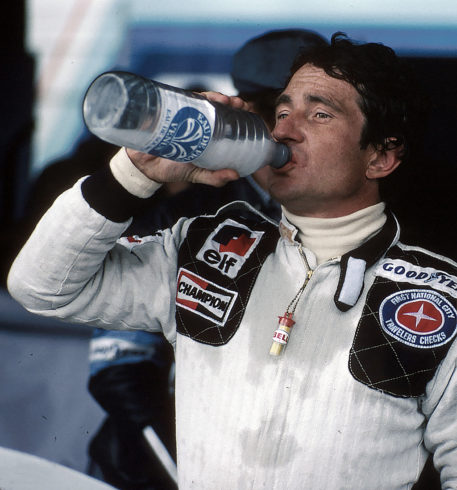 An official multi-signed program from the 1978 Monaco Grand Prix which was held on May 7, 1978 on the city streets of Monte Carlo.

The race started with Carlos Reutemann on pole and with John Watson and Niki Lauda in second and third, respectively. Watson have a good start and led into the first corner, whereas Reutemann collided with James Hunt, which left Patrick Depailler and Lauda second and third. For the first half of the race the top three remained the same until a Watson mistake allowed Depailler and Lauda to pass.  But the latter then suffered a puncture and had to pit for tires before charging back up and retaking second from Watson towards the end of the race. Depailler took his first career victory with Lauda second, and Jody Scheckter rounding out the podium finishers.

This program contains the signatures of fifteen of the drivers that started the race that day. They signed on their individual team pen pictures. The drivers who have signed the program include five former World Champions and are as follows:

The program is in excellent condition and has some of the rarest signatures of drivers from the ’70s era, and would make an excellent addition to any F1 autograph collection.

The Program comes with a full Certificate Of Authenticity.