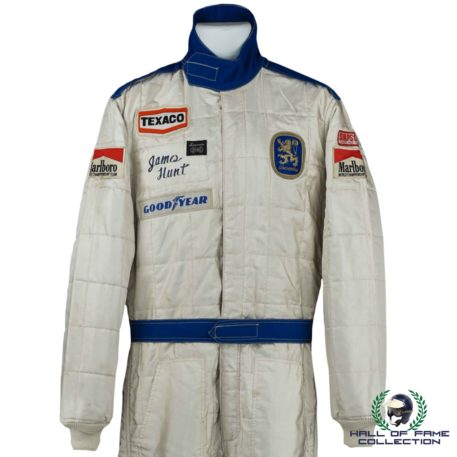 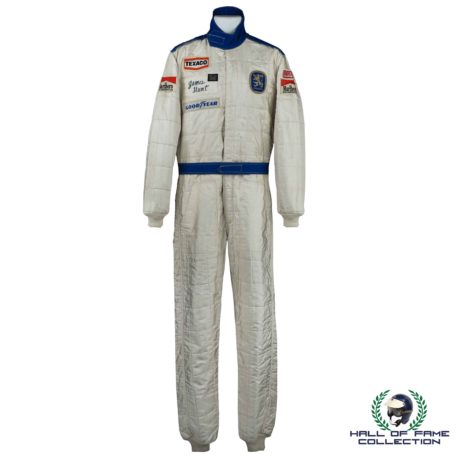 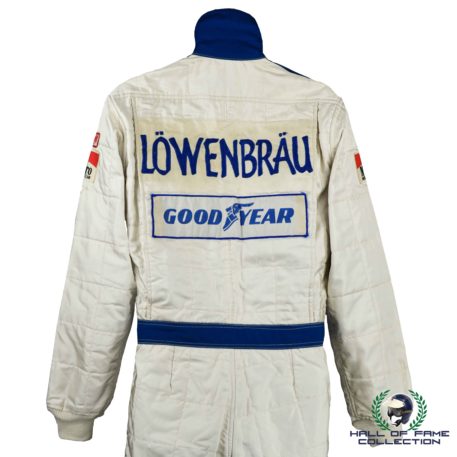 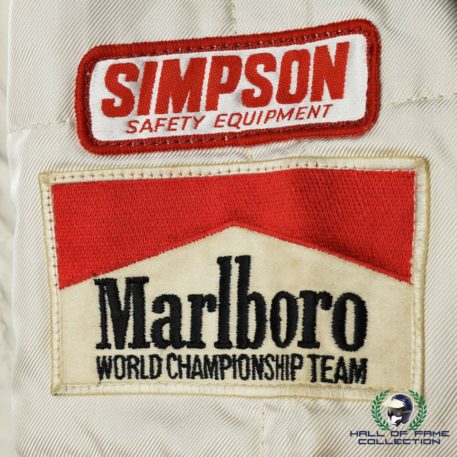 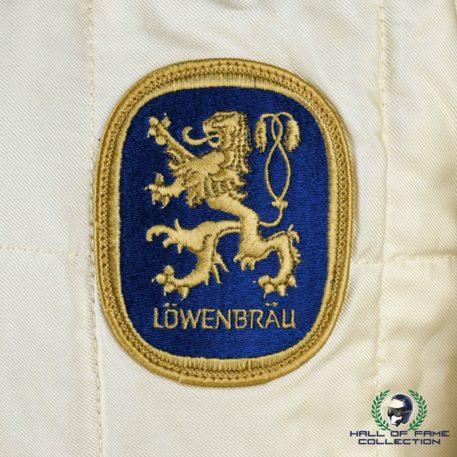 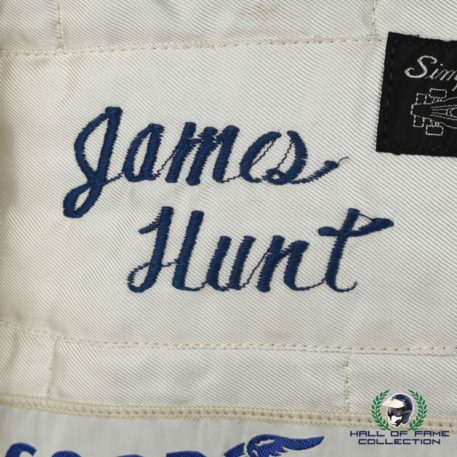 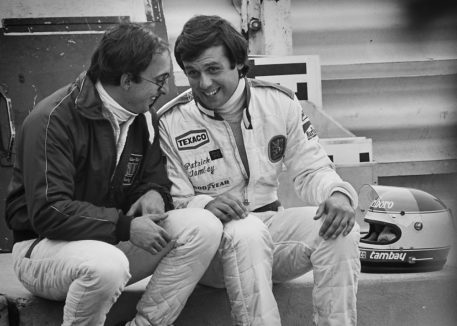 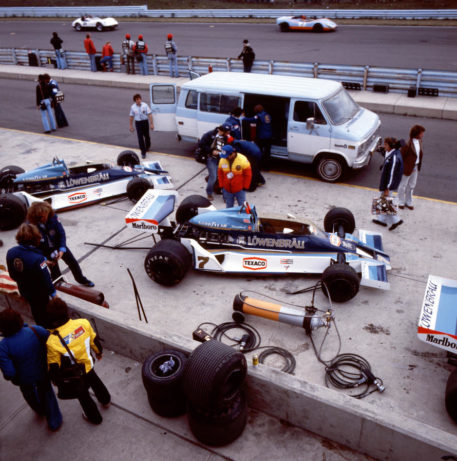 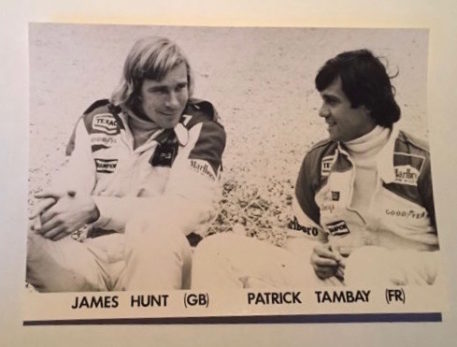 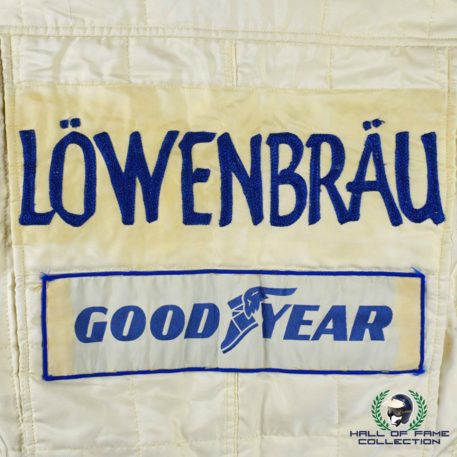 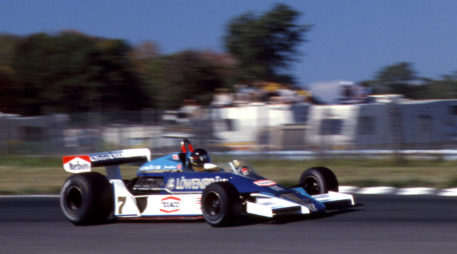 Very rare original suit made for James Hunt in the 1978 F1 Season whilst driving for McLaren.

James Simon Wallis Hunt, born on August 29, 1947, into the family of a London stockbroker, was an unruly child: hyperactive, contrary and persistently rebellious. As a self-confident, competitive and determined youth he taught himself to play tennis and squash to a high standard. The tall and handsome public schoolboy also enjoyed considerable success with women. On his 18th birthday he saw his first race, a club meeting at Silverstone, and immediately decided that he was going to become World Champion. His parents refused to support their feckless son’s foolish Formula One fantasy. James worked at odd jobs, bought a wrecked Mini and spent two years race-preparing it, only to have his first entry fail scrutineering because the driver’s seat was an old lawn chair.

Many of his early races ended in huge accidents. In one of them his Formula Ford crashed and sank in the middle of a lake. He might have drowned had he been wearing the requisite seatbelts he couldn’t afford to buy. In faster Formula Three cars ‘Hunt the Shunt’ had even bigger accidents. Eventually he learned to stay on the track long enough to win races, but never conquered his fears. In the garage his terror often caused him to vomit and on the grid he shook so much the car vibrated. As a racer his volatile mixture of adrenaline and testosterone made him among the hardest of chargers. However his reputation as a wild man with middling race results meant it unlikely he would have gone much further without the help of Lord Alexander Hesketh.

In 1973 Hesketh entered F1 and in 75 Hunt picked up his first GP Victory. By 76 a move to McLaren resulted in six more wins and the World Championship title. Over the next two seasons Hunt picked up only 3 more GP wins before moving to Wolf Racing for his final season in 1979.

With only 7 seasons in F1, very few suits and helmets were ever used by the British F1 World Champion making this suit a very rare piece. Lowenbrau Sponsored the McLaren Ford M26 at the United States Grand Prix East and team mate Tambay is pictured wearing the matching suit.

With very few original James Hunt suits in the collecting world, don’t hesitate to snap this one up for your collection today.