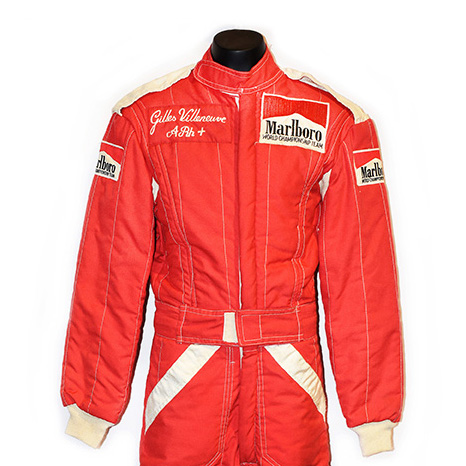 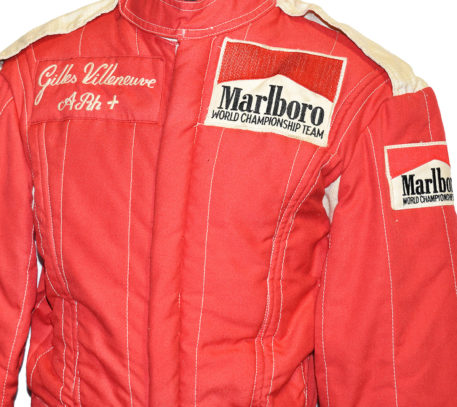 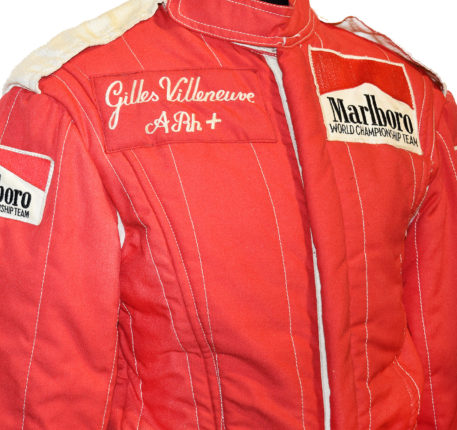 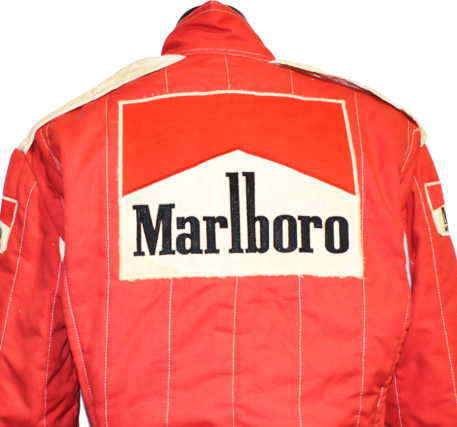 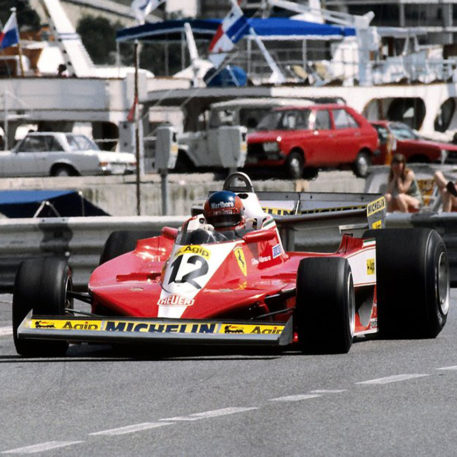 Very rare Racewear suit was worn by the late great Canadian Gilles Villeneuve. This suit was worn during Gilles first full season with the Scuderia Ferrari team while driving a Ferrari 312 T3.

During the 1970’s unlike today, drivers only had a few suits per year and were used until they were needed to be changed. Most drivers would remove the many of sponsorship patches that were on the old suit to put on to the next one to be used. Some patches have been removed but Gilles name/blood group patch and sponsor Marlboro patches are still attached.

The red with white trim suit still bears Gilles Villeneuve’s name/blood group patch and the ‘Marlboro’ sponsorship patches to the chest, back and upper sleeves. The suit was previously displayed in both the Gilles Villeneuve Museum and Jorge Lorenzo’s World Champions Museum and obtained from his former manager. Lorenzo felt that Gilles was one of the all time greats so deserved to be amongst the Champions.