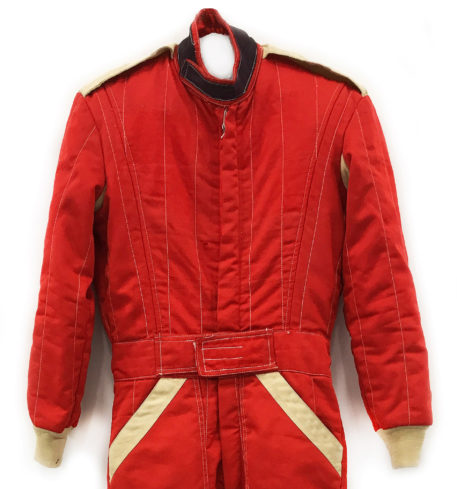 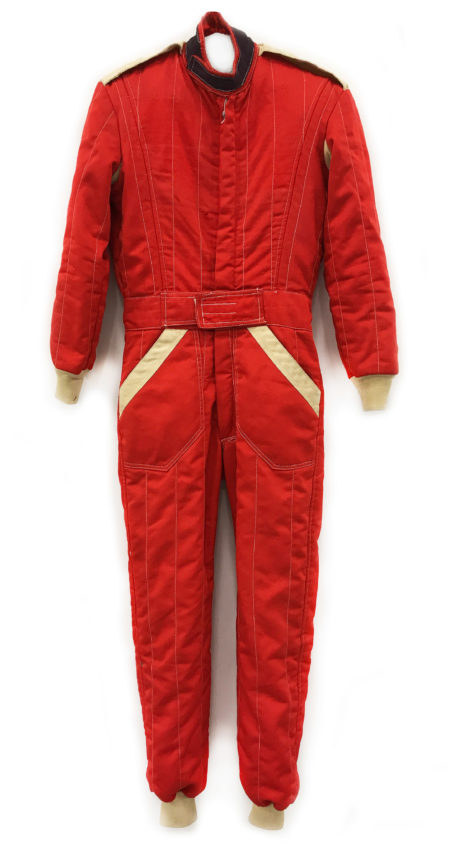 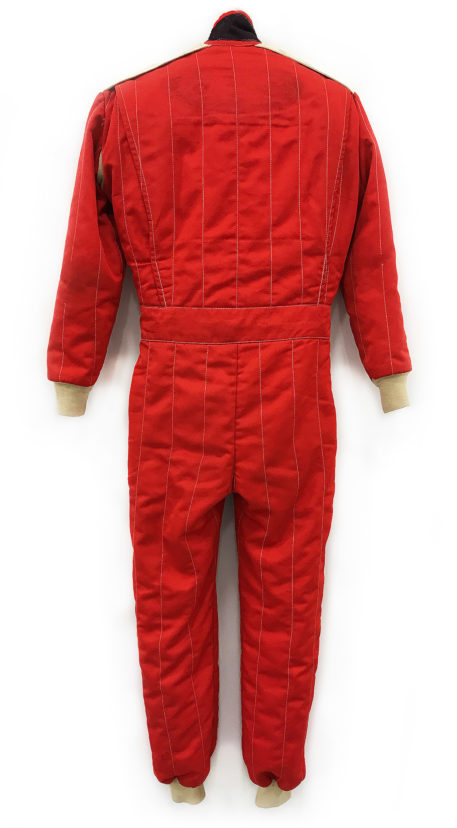 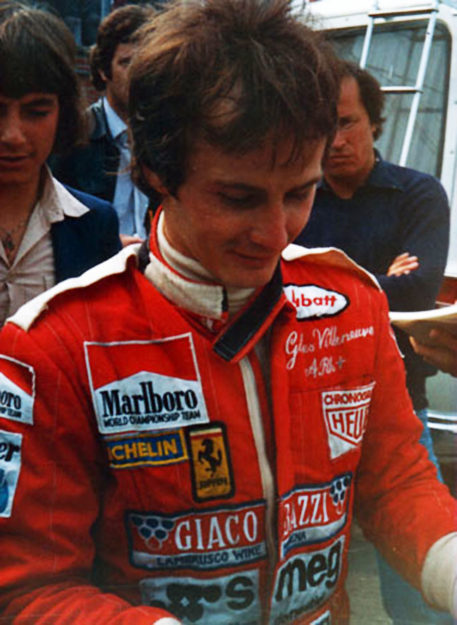 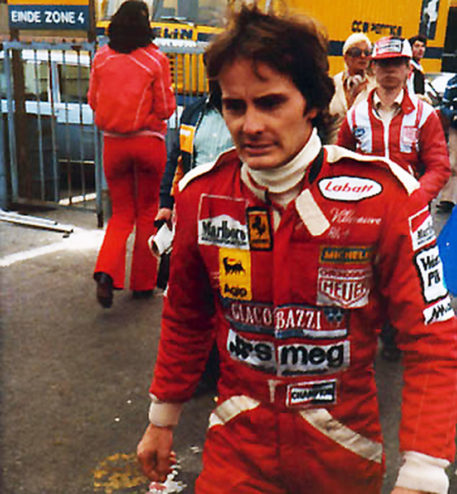 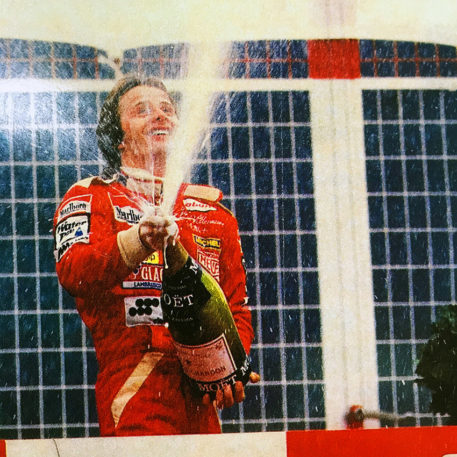 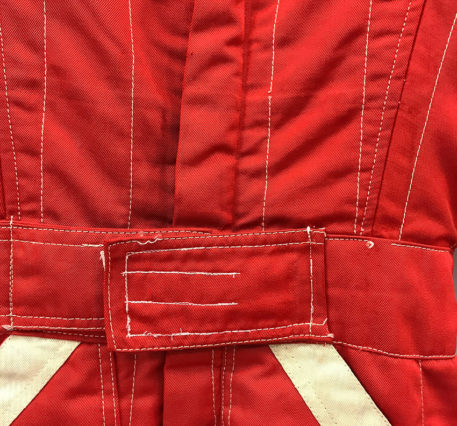 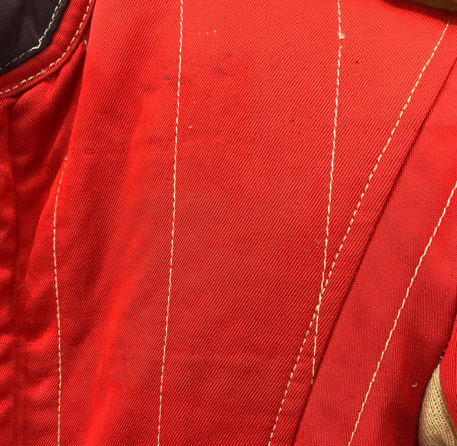 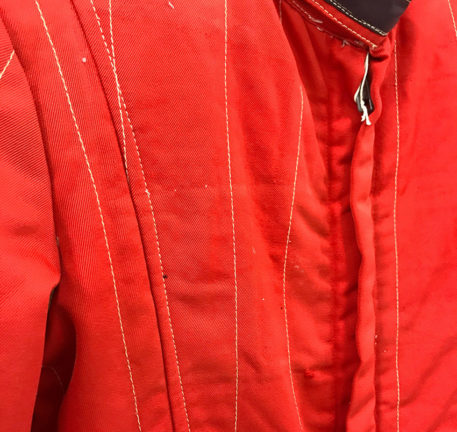 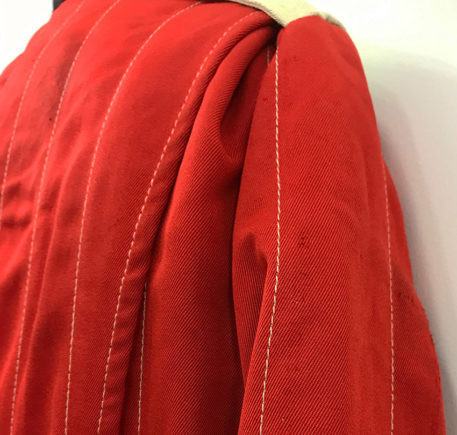 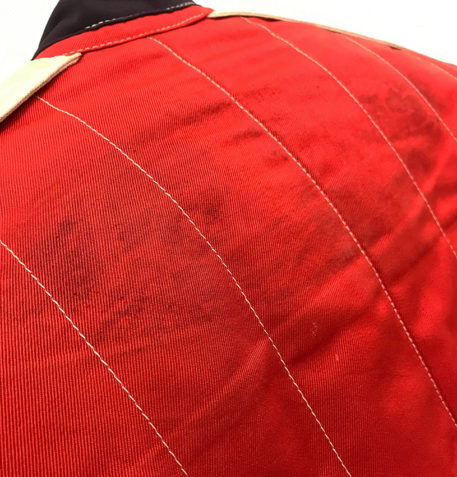 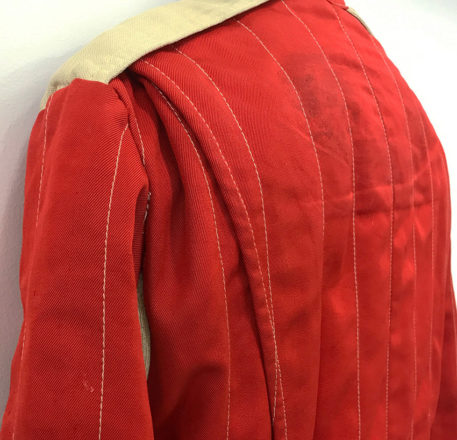 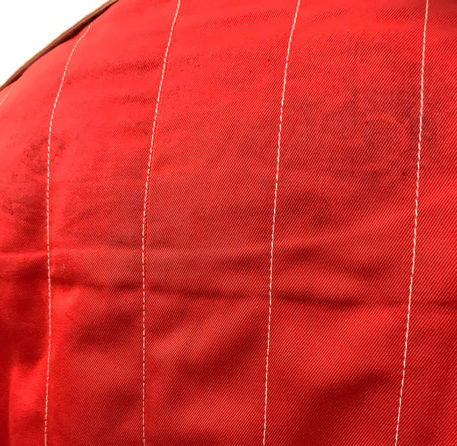 Incredibly rare Gilles Villeneuve Linea Sport Nomex race suit, used by the popular French Canadian in his first full season driving for Ferrari in Formula One. In 1978 Gilles won his first Grand Prix at Montreal, a circuit that would later bear his name in commemoration of the accomplishment.

Unlike today, in the late 70’s drivers only had a few suits per year to use and consequently were heavily used until they were well worn and needed to be changed, as is the case with this suit. Also most drivers would remove the sponsorship patches that were on the worn out suit to put on the next one. Gilles removed all the patches from this suit at the end of the season to sew onto his suits for the next season. This suit shows all of the imprint and stitch marks where the patches used to be, most noticeably the oval shaped Labatt’s beer patches on the top left shoulder and on the top of the back that had imprinted themselves into the suit due to heavy wear (please see all accompanying pictures).

This suit has been photo matched as being used in at least two races in 1978. Gilles would finish 3rd at the Austrian Grand Prix where he can be seen wearing it on the podium. It was also worn at the Belgian Grand Prix and all pictures show the suit as it was before the patches were removed.

This is a very rare opportunity to own a suit used by an icon of Formula One , thought by many to be one of the top ten drivers in the history of the sport.

Suit comes with a full Certificate of Authenticity