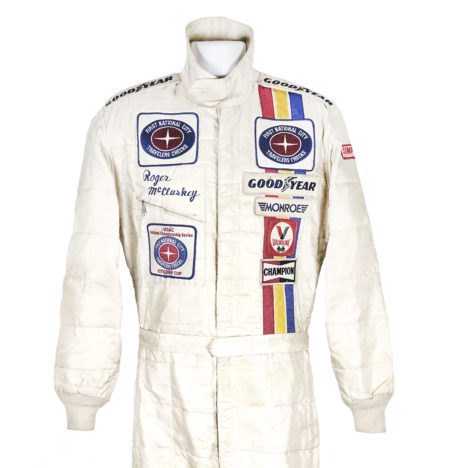 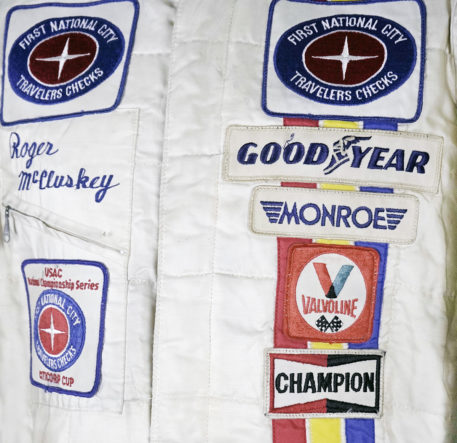 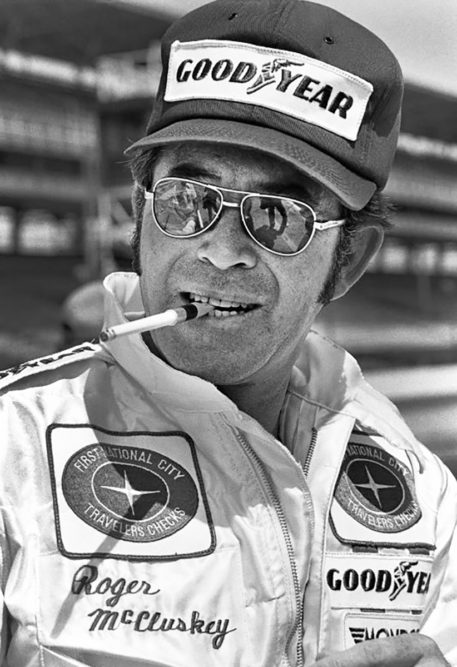 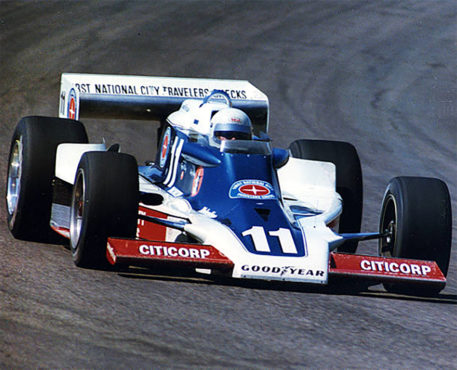 This Simpson race suit was worn by American IndyCar Champion driver Roger McCluskey. The suit was used during the 1977 USAC IndyCar season. McCluskey had a fruitful 23-year professional racing career during which time he won USAC Sprint Car titles in 1963 and 1966, Stock Car titles in 1969 and 1970, and an IndyCar title in 1973.

McCluskey started fourteen races in the 1977 season for the Lindsey Hopkins Racing Team. He had three top-five finishes including a podium at Phoenix. This suit would have been used at many of the fourteen events. It has been photo matched (see pictures) being used at the Indy 500. It was also seen to have been used at least once in 1978. The white suit has red, yellow and blue stripes on its left side and embroidered patches of team sponsor First National City Travelers Checks on both sides of the upper chest. First National City also sponsored the USAC IndyCar Series and there’s a series patch on the right side of the suit. On the left side are supplier patches from Goodyear, Monroe, Valvoline, and Champion. On the upper back of the suit is a large Goodyear patch. McCluskey’s name is embroidered above the right side chest zipper pocket.