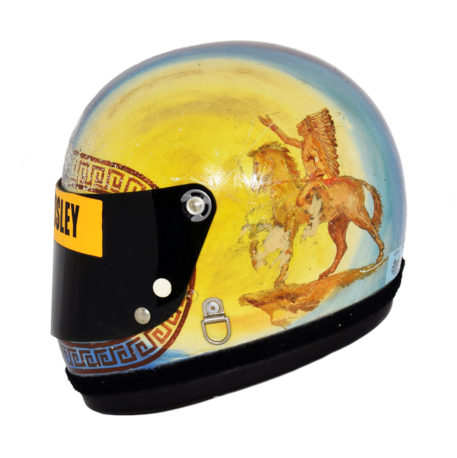 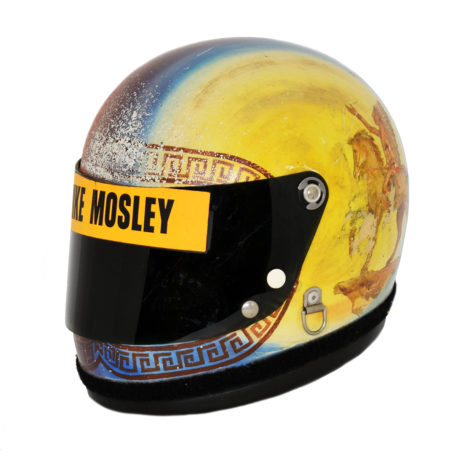 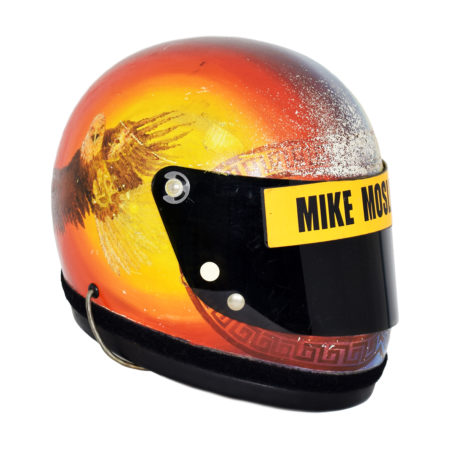 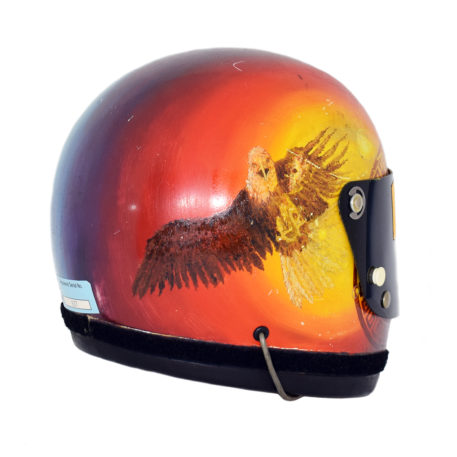 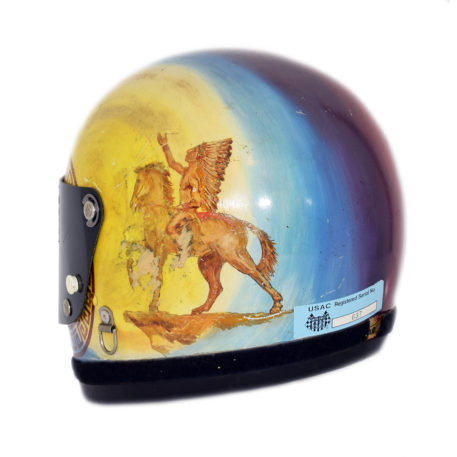 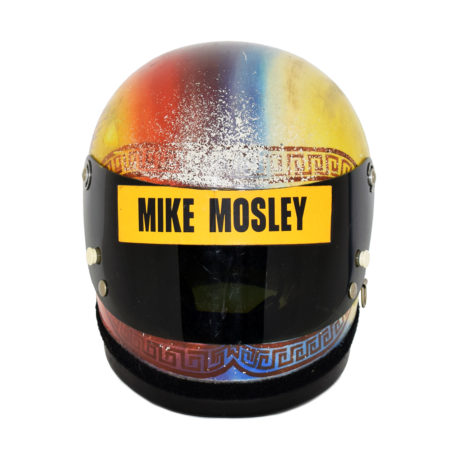 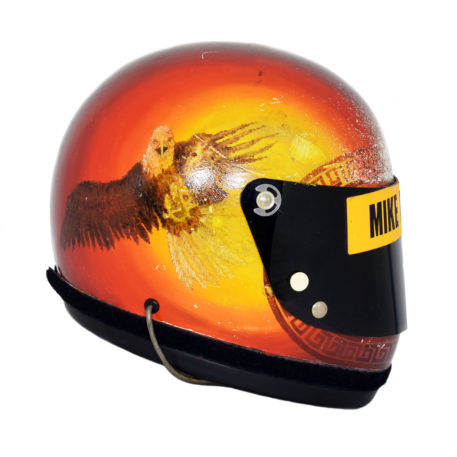 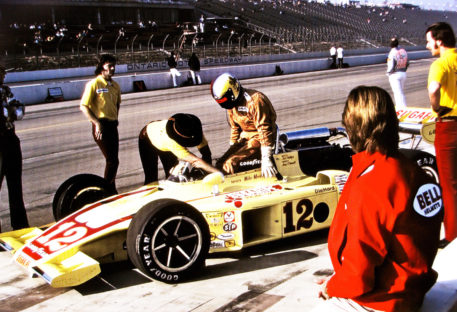 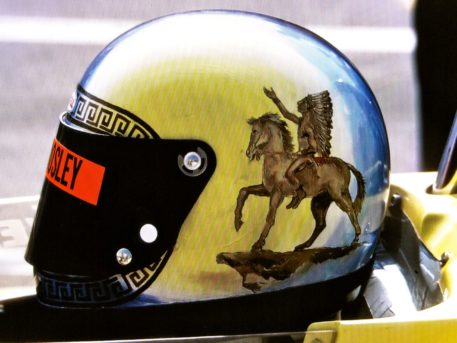 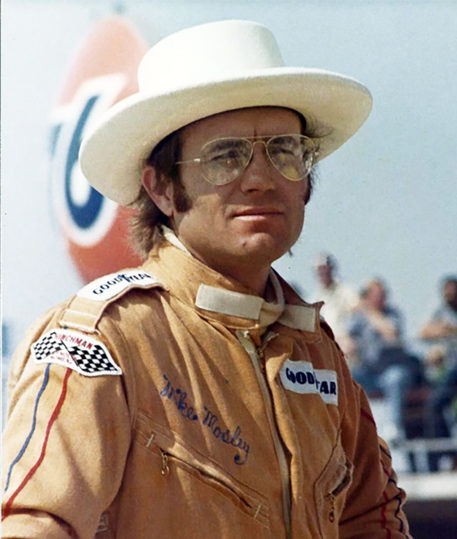 Stunning looking helmet used by the late Mike Mosley, who is still held in high regard by many. Mosley was a popular veteran of USAC/CART IndyCar series with 5 wins to his credit. He started in midget racing as a fourteen year old in 1961, before establishing himself as a winner in sprint cars. Mosley was known for his “charger” style and for his smooth driving technique. Experts state that with better equipment earlier in his career Mosley could have had many more race victories. He was particularly good on ovals tracks, although he never won at the Indianapolis 500, coming closest with a 3rd place finish in 1979. Sadly Mosley was killed in a road traffic accident in 1984.

What makes this helmet significant is the fact that it was painted by Dale Burton (Ron’s brother, of the Ron Burton Art Studio). It was worn by Mosley during the 1977 USAC IndyCar season and shows signs of heavy use (photo-matched, please see pictures), while driving for Jerry O’Connell Racing in their Sugaripe Prune Eagle/Lightning cars. The helmet has a yellow wash background fading into blue nearing the middle, on it’s left side. In this area there’s an image of a Native American Indian astride his stallion, standing on a ridge. On the right side there’s a yellow sun on a red sky with an image of a swooping eagle. As the red meets the blue on the left side it merges into purple across the middle. Running around the eye port is an ‘Aztec’ type square design. The visor has a ‘Mike Mosley’ strip sticker attached. The helmet still retains its original radio and its USAC tech sticker.