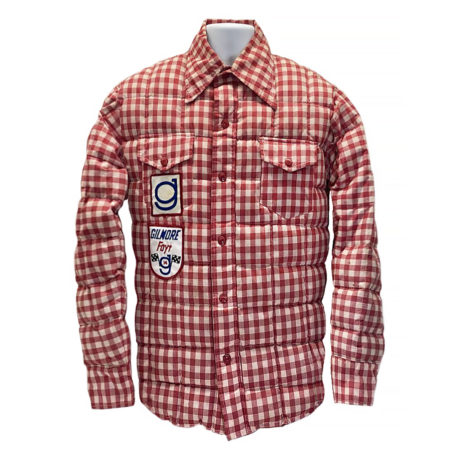 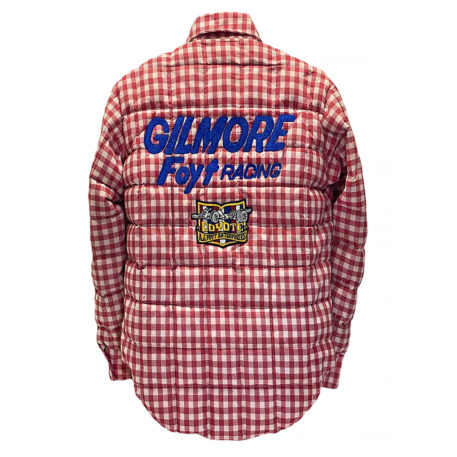 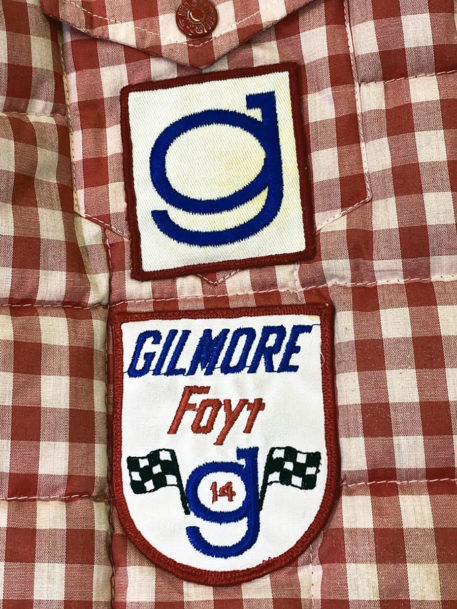 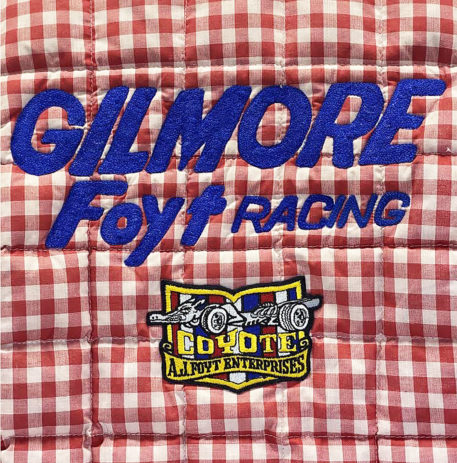 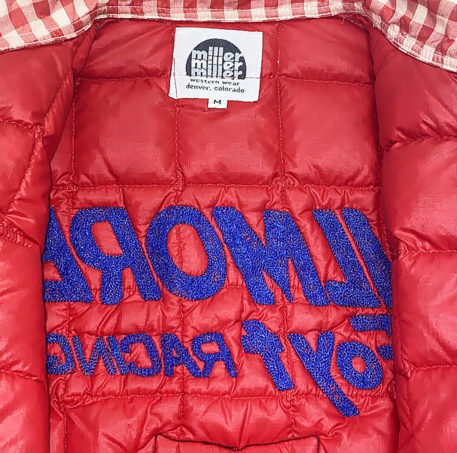 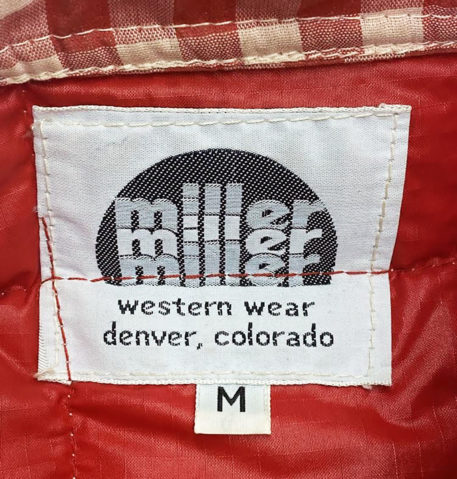 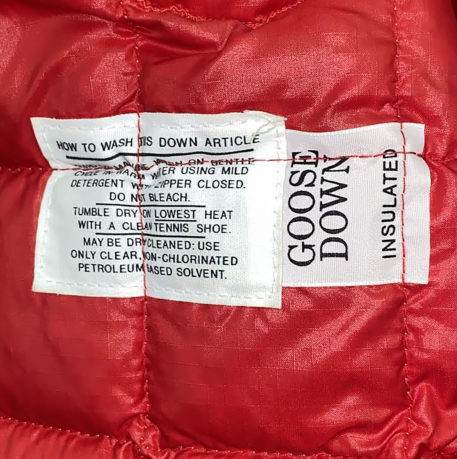 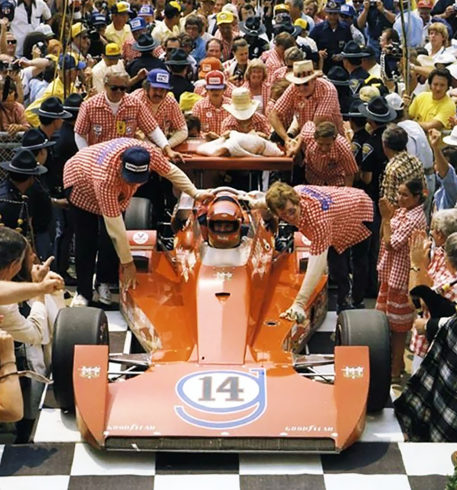 An incredibly rare Gillmore/Foyt Racing cold weather down puffer jacket which was issued to and worn by team members during the 1977 season. It was during this season that the legendary driver and co-team owner A.J. Foyt was to score his historic fourth Indianapolis 500 victory (one of three wins during the season).

The Miller manufactured jacket has the same red and white plaid design as the team’s famously recognizable ‘table cloth’ team shirts. This design was used by the team throughout its existence and was the idea of Diana Gilmore, wife of Jim, Foyt’s co-owner partner. It is a mirror image of a 1977 team issue shirt with double-breasted pockets and Gilmore/Foyt and Gilmore ‘G’ patches attached to the right side. The back of the jacket has large italicized Gilmore/Foyt Racing blue chain stitched lettering. This style of lettering only appeared on the team’s apparel in 1977. Below this is an A. J. Foyt Enterprises ‘Coyote’ embroidered patch. The jacket is in excellent condition for its vintage and use. There are no rips or tears and all the press stud fasteners are present and working. There is a light stain on Gilmore ‘G’ patch (see pictures) and it is sized as a Medium on its label.

As collectors will know, the original Gillmore/Foyt Racing team crew shirts are very rare and are now becoming highly sort after. This even rarer jacket is the only example Hall of Fame Collection has come across and is one of just a hand full produced for the team and maybe the only one to survive the passage of time. This particular example came from the estate of loyal pit crew mechanic Cecil Taylor.

The Jacket comes with a full Certificate Of Authenticity.