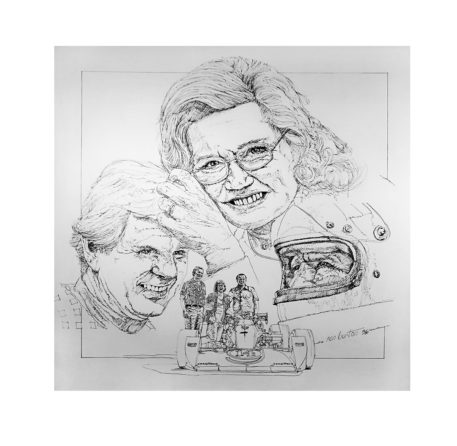 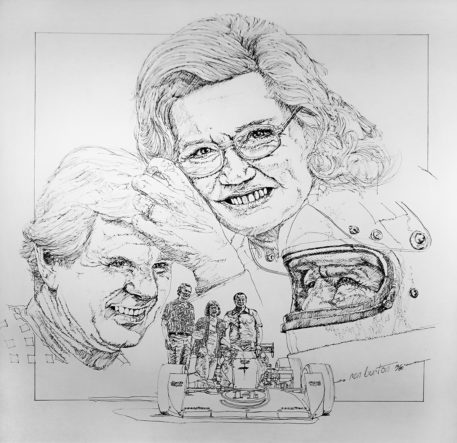 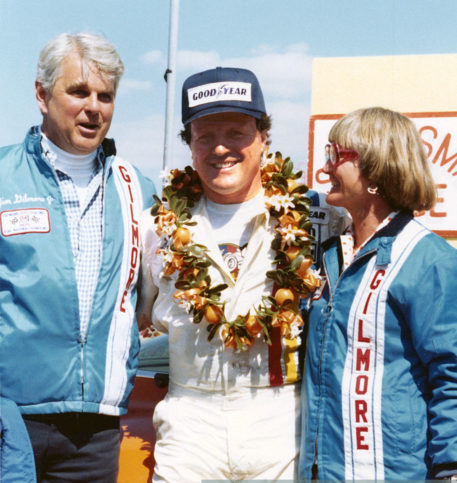 Original Ron Burton ink pen artwork, titled ‘Winning Combination’, was composed as a tribute to the eleven-year partnership of the Gilmore/Foyt racing team and their win in the 1977 Indianapolis 500.

The Kalamazoo, Michigan businessman Jim Gilmore formed his partnership with A.J. Foyt in 1973. Their original contract was renewed year after year without either one changing any of the wording. The team uniform had iconic red & white plaid shirts designed by Jim’s wife Diana, with “Jim Gilmore Racing” emblazoned over the left pocket. The team would go on to win two IndyCar Championships, two Stock Car Championships, and two Sprint Car Championships. Perhaps the most famous victory amongst these wins was Foyt’s 1977 Indy 500 victory where he became the first driver to ever win the prestigious race four times.

This finely detailed ink pen work is on 24 x 24-inch artboard. It contains the portraits of Jim and Diana Gilmore and a helmeted A.J. Foyt, surrounding an image of the three of them standing with the 1977 Indy 500 winning Gilmore Racing Special/A.J. Foyt Enterprises, Coyote winning machine. It is signed by Ron and dated December 1980.

Please note there is some age yellowing around the edges to the artwork.