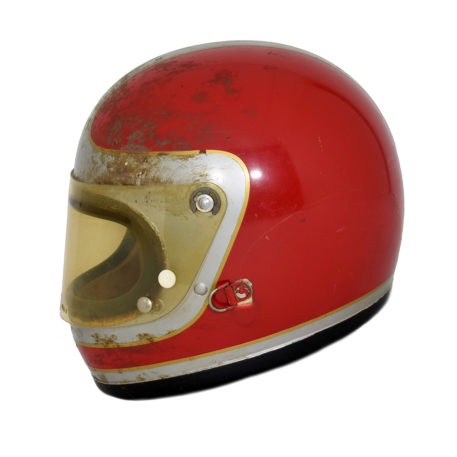 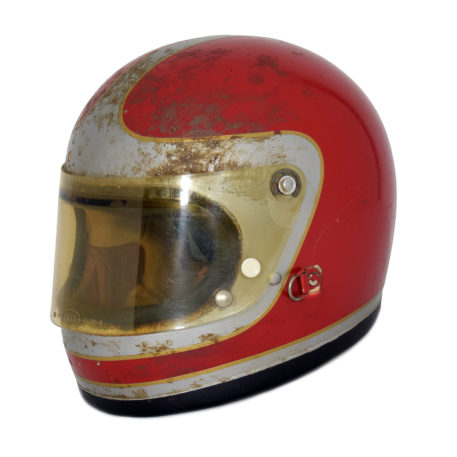 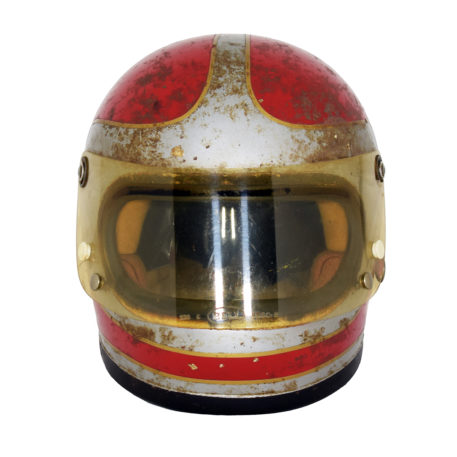 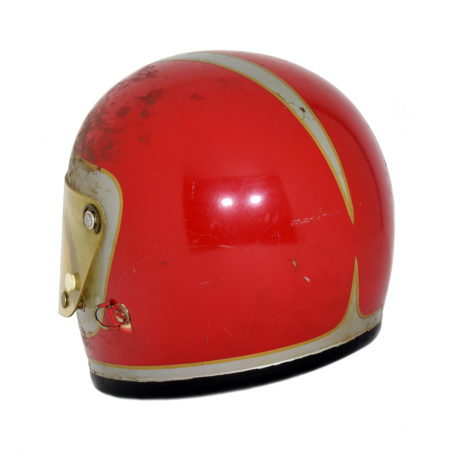 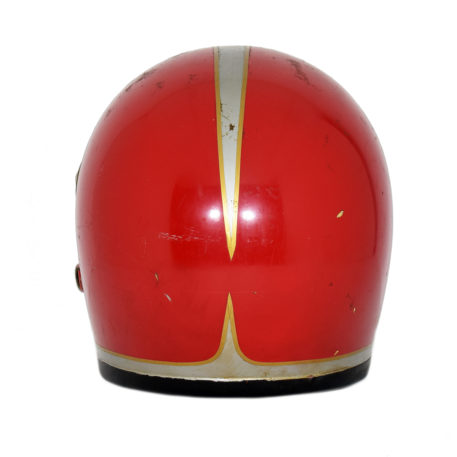 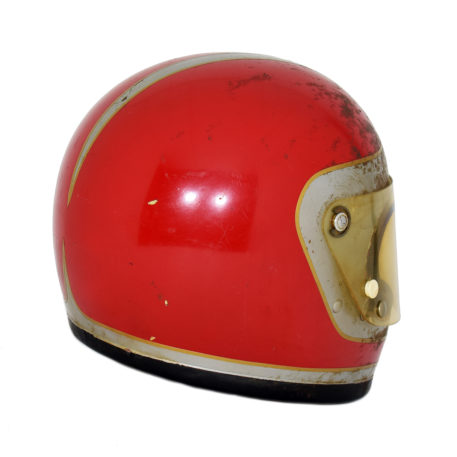 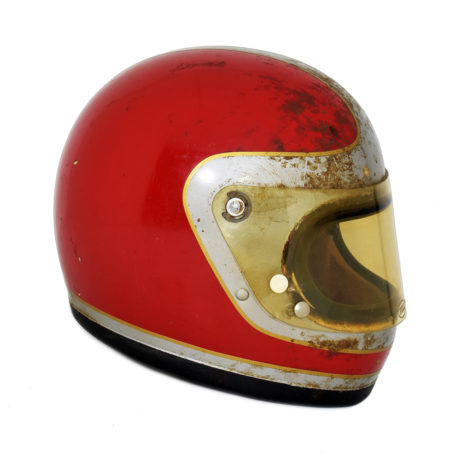 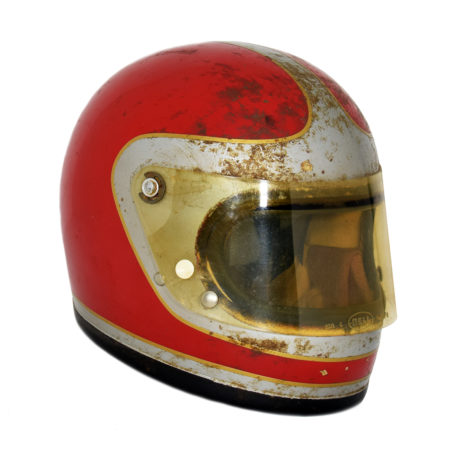 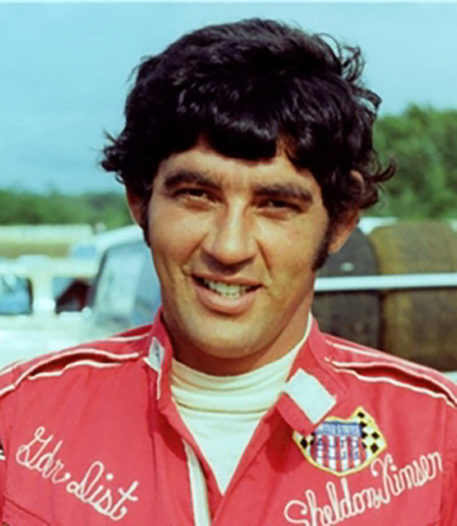 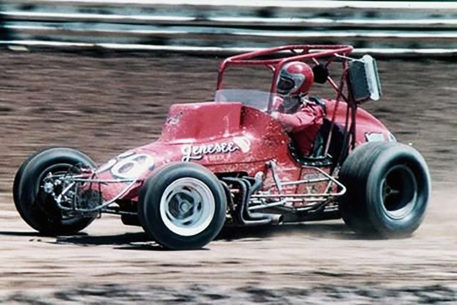 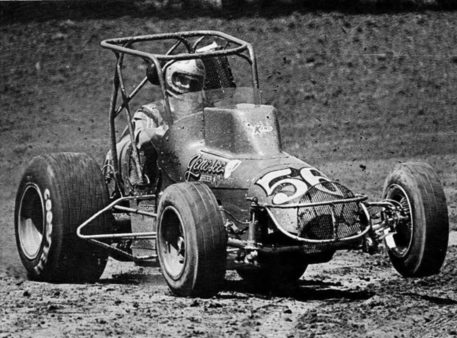 Helmet used in the ’70s and ’80s by USAC Sprint Car ace Sheldon Kinser. A Bloomington, Indiana native, Kinser started his working career in the family tree logging business, before spending some time in the US Navy. From the mid-1960s onwards, Kinser became one of Sprint Car’s most successful drivers, winning the USAC Championship in 1977, 1981 and 1982,  on top of many other plaudits. He also drove in the USAC and CART Championship IndyCar series. He competed during the 1975-1981 seasons, with 38 combined career starts, including the Indianapolis 500 each year except in 1980, when he failed to qualify. He had 11 top-10 finishes, with a career best third place at the Texas World Speedway in 1979. Sadly Kinser passed away due to a long illness in 1988.

This Bell helmet was used by Kinser during the 1976 season while driving for car builder/owner Grant King. The red helmet has silver edging on a gold panel around the eye-port and a thin silver band, edged in gold, around its bottom. Extending off each of these are thinning point lines that extend over the top and up the back, almost meeting in the middle on the back. The helmet shows signs of heavy use. Sheldon Kinser was one of Sprint Cars most popular drivers and his race used items rarely come onto the open market, making this a great piece of American open-wheel memorabilia to add to any collection.

This helmet comes from the famous Ron Burton Collection. The helmet is one of 170 helmets which were on display at the famous Union Jack Pub in Speedway (Indianapolis) Indiana. Ron Burton is a famous artist who often traded his paintings with drivers for one of their helmets. We are proud to offer this unique collection of many one-of-a-kind helmets and artwork.