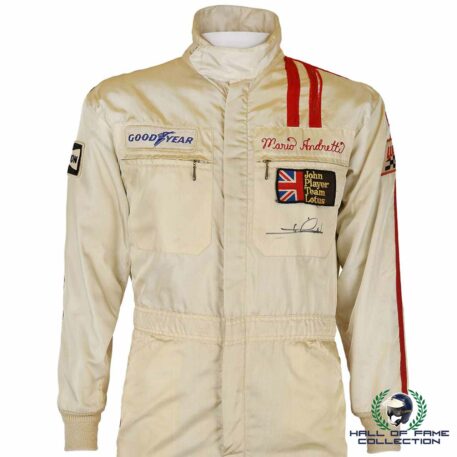 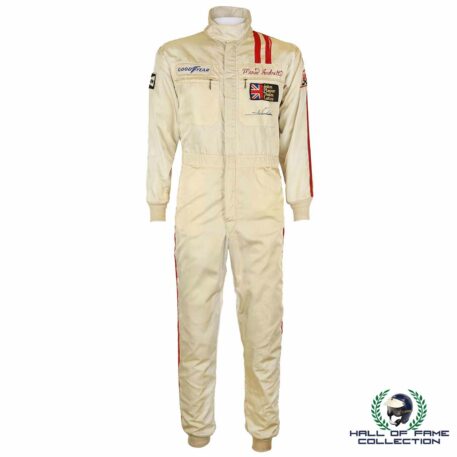 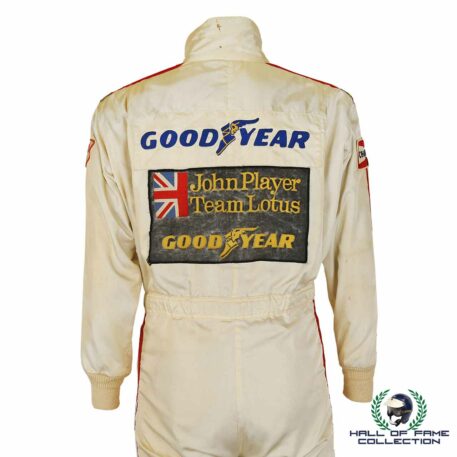 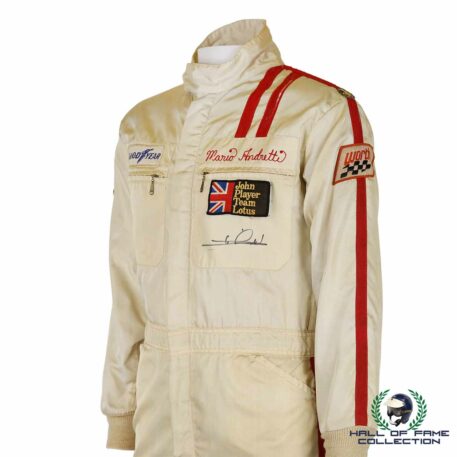 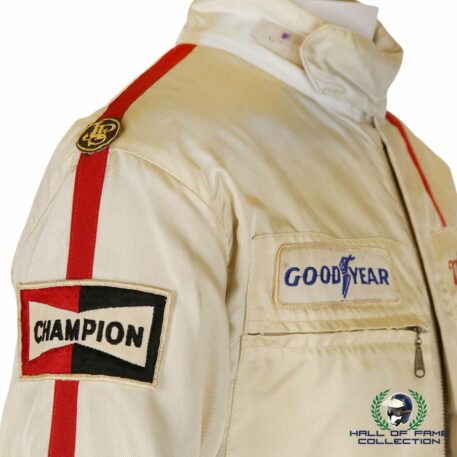 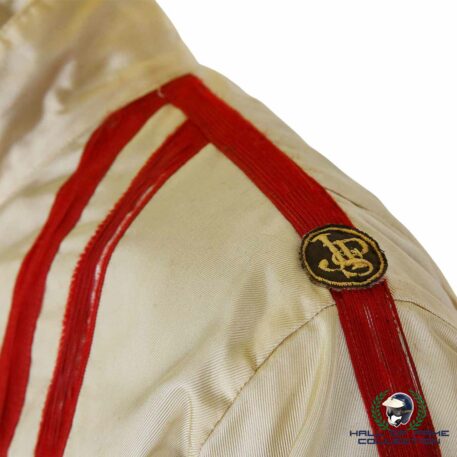 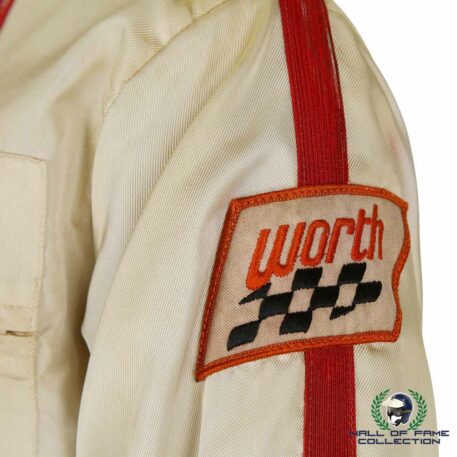 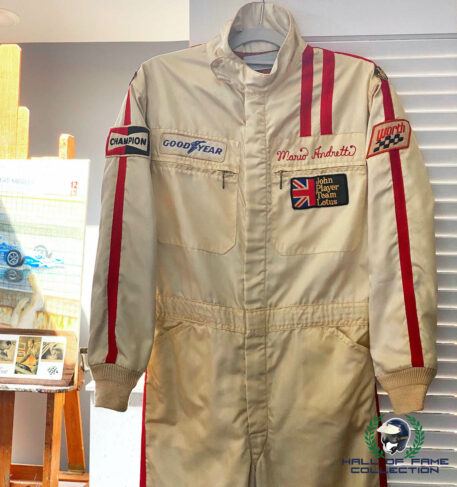 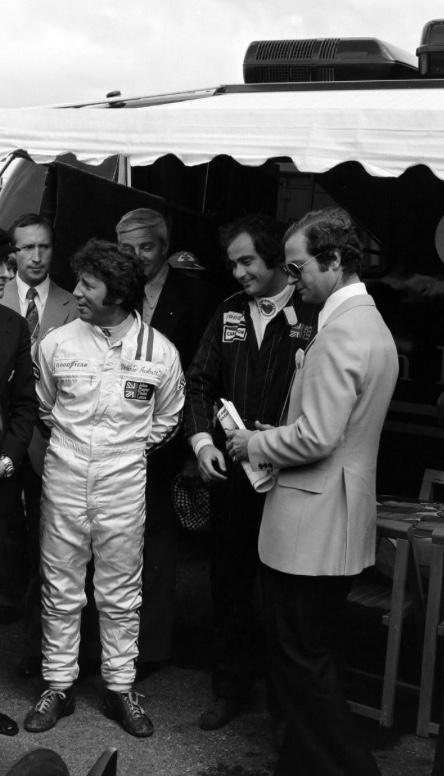 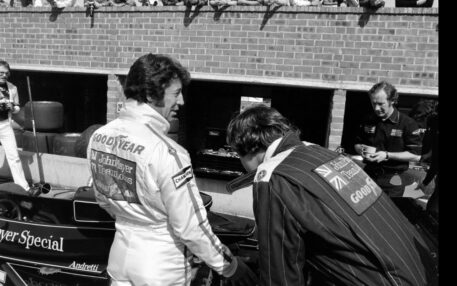 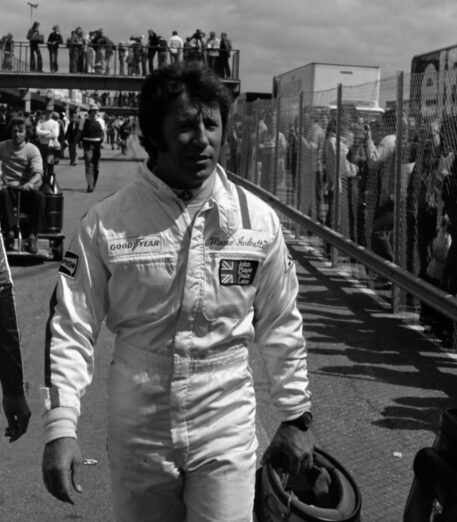 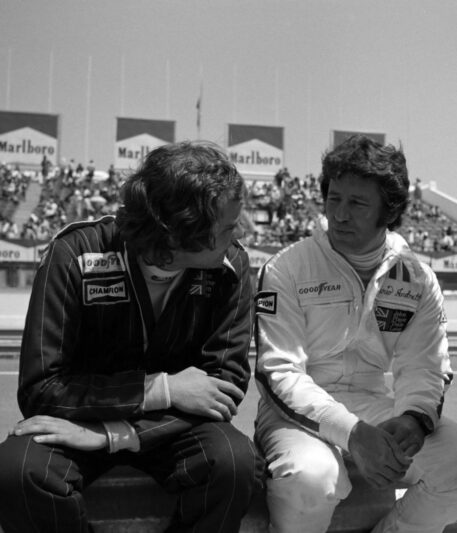 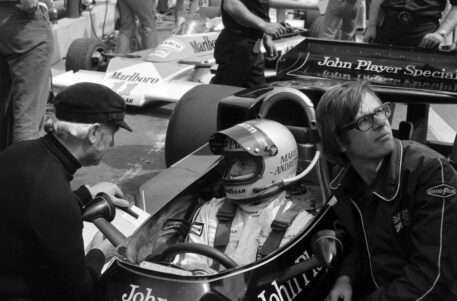 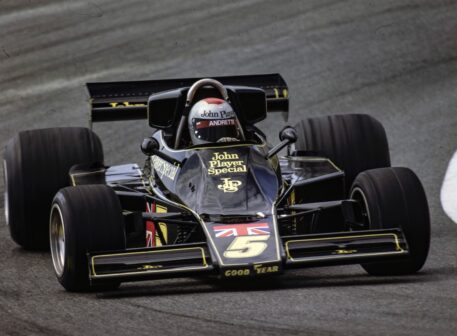 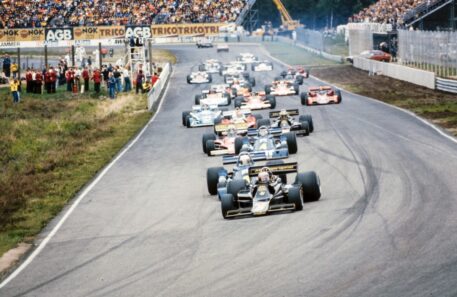 Ultra rare suit worn by Mario Andretti during the 1976 Formula 1 season while driving for the John Player Lotus team. This Worth manufactured suit was used in the Spanish GP at Jarama, the Belgian GP at Zolder and the Swedish GP in Anderstop amongst other GP’s that famous 76 season. It is believed to be the only JPS Lotus suit of Andretti to ever be made available to private collectors.

When the Parnelli team pulled out of Formula One after only two races of the 1976 season, Andretti returned to Colin Chapman’s Lotus team, for whom he had already driven at the season-opening Brazilian Grand Prix. Andretti’s innate ability to develop race cars contributed to Lotus’ return to the front of the Formula One grid, culminating in Mario lapping the field in his victory at the season ending race at the Mount Fuji circuit in Japan. Since mid-1975 Lotus had been developing the use of ground effects, shaping the underside of the car to generate downforce with little penalizing drag. For his part, Andretti worked at setting up his cars for the races, exploiting subtle differences in tire size (‘stagger’) and suspension set up (‘cross weighting’) on each side of the car to optimize it for each track, an approach imported from his extensive oval racing experience in the United States. Andretti would score one win and 2 third place finishes that year.

In an extraordinarily political and dramatic season, the 1976 World Championship went to McLaren driver James Hunt by one point over Ferrari’s defending champion Niki Lauda, with Ferrari taking the International Cup for Formula 1 Manufacturers. Hunt had moved from the Hesketh team to McLaren, taking the place of dual World Champion Emerson Fittipaldi who had moved on to drive for his brother Wilson’s Fittipaldi Automotive team for the season. The 2013 film Rush is based on this season, focusing on the rivalry and friendship between James Hunt and Niki Lauda.

This very special JPS Lotus suit has been hand signed and comes with a Certificate Of Authenticity.