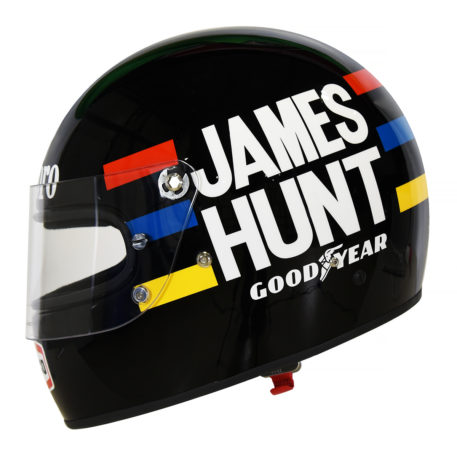 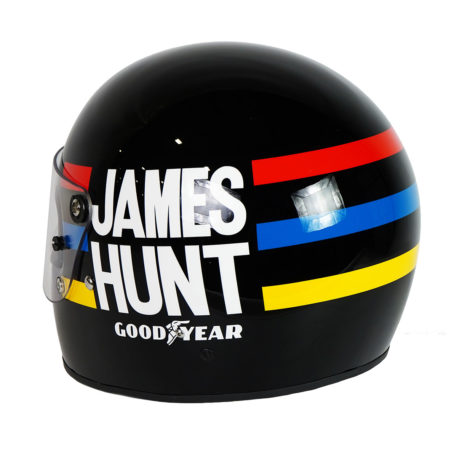 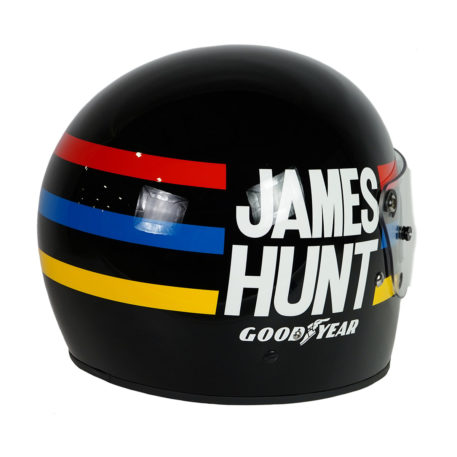 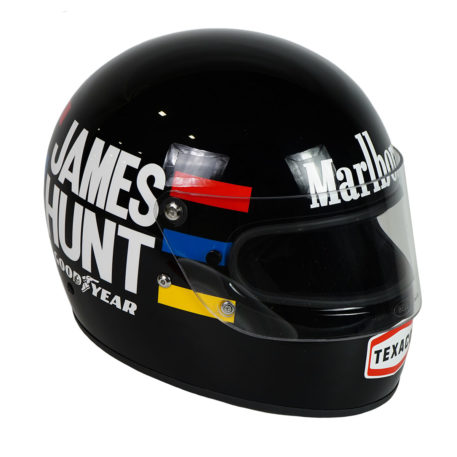 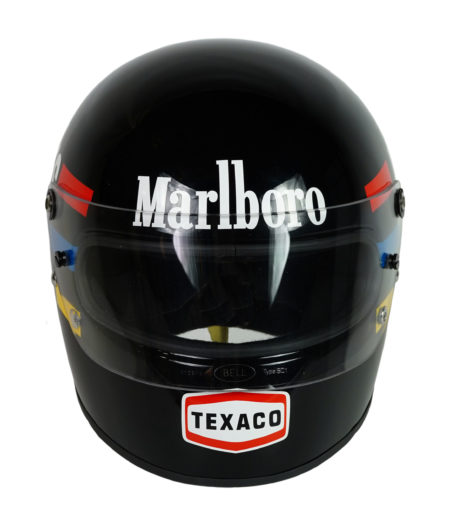 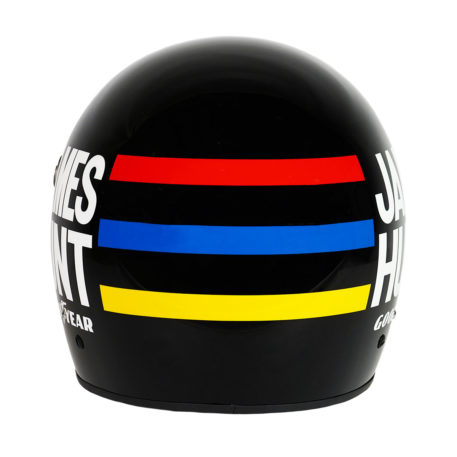 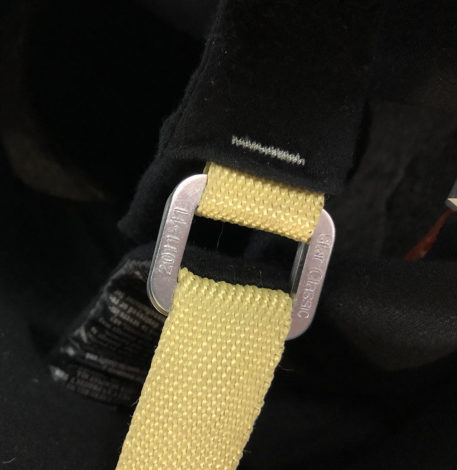 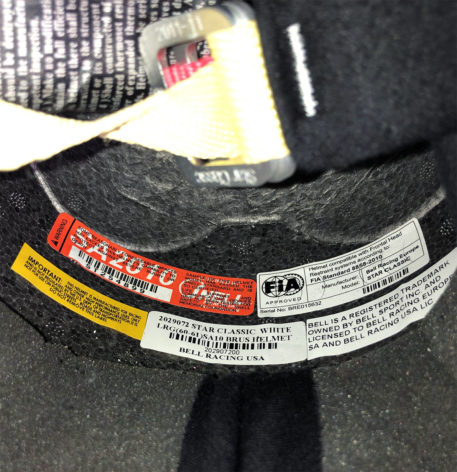 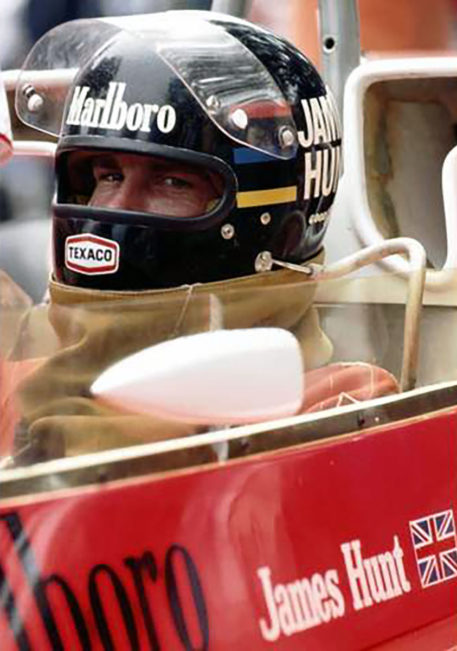 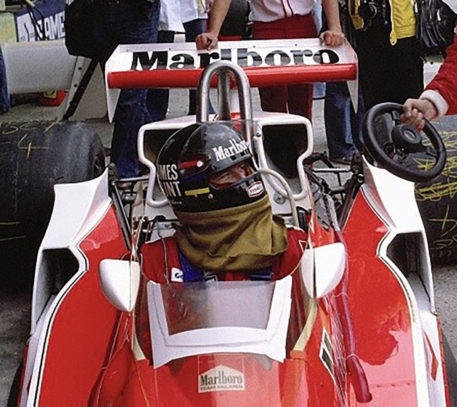 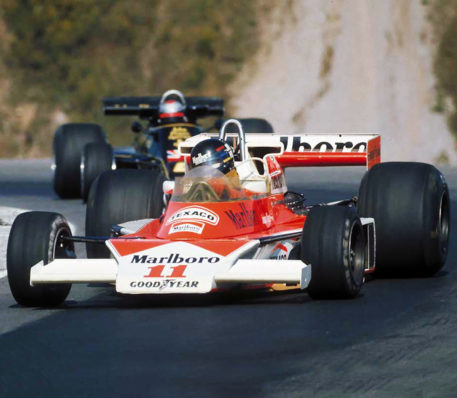 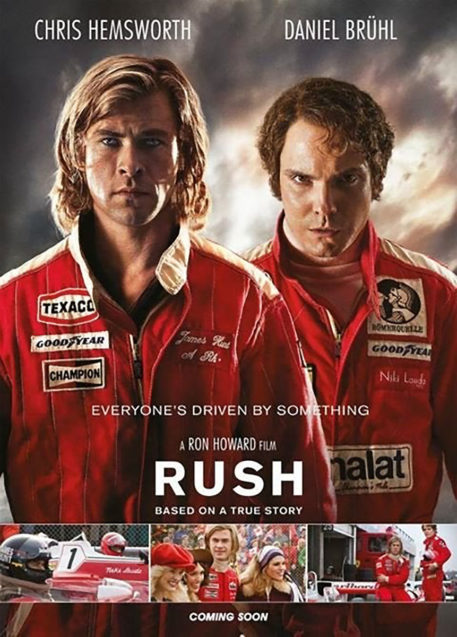 Fantastic replica of James Hunt’s 1976 Formula One Championship winning Bell helmet. This rare modern edition is one produced by Bell Helmets Europe, to mark the release of Ron Howard’s 2013 movie ‘RUSH’ that starred Chris Hemsworth and Daniel Brühl as James Hunt and Niki Lauda, respectively. The helmet is based on a Bell Star Classic shell and decorated exactly as the original James Hunt winning helmet. Its black base color has the distinctive individual red, blue and yellow-colored bands (that represented Hunt’s Wellington College School) running around the middle of the helmet. These are broken up on each side by Hunt’s name in large white lettering. Under his name there are Goodyear tire decals, on the chin is a retro Texaco decal and on the top front is the Marlboro brand lettering. Marlboro and Texaco were the two main sponsors of Hunt’s title-winning McLaren M23 car.

This is a truly stunning piece and would be a great talking point in any collection.