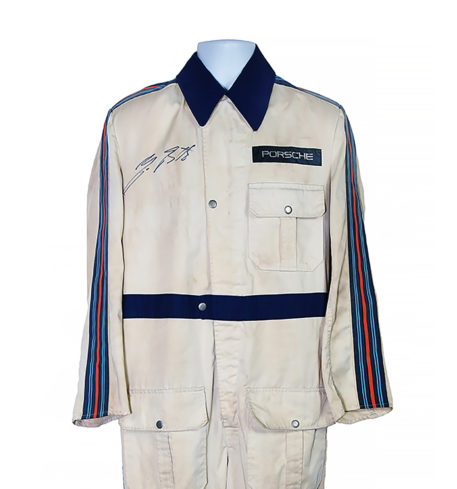 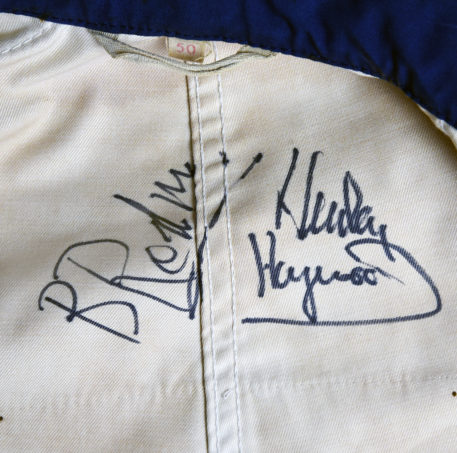 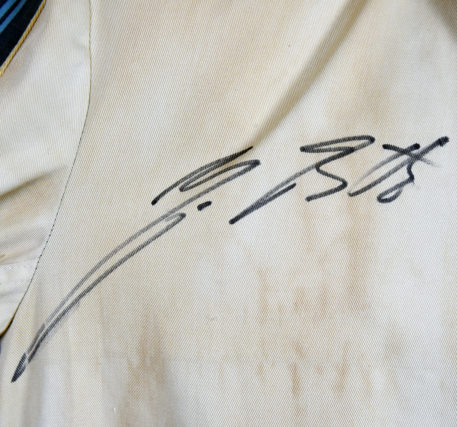 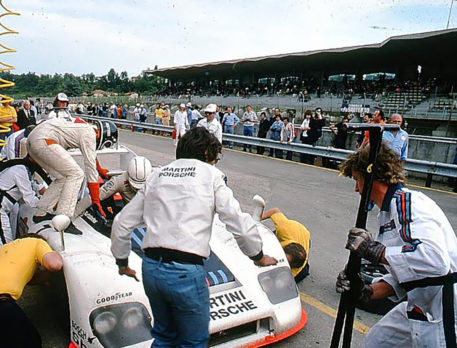 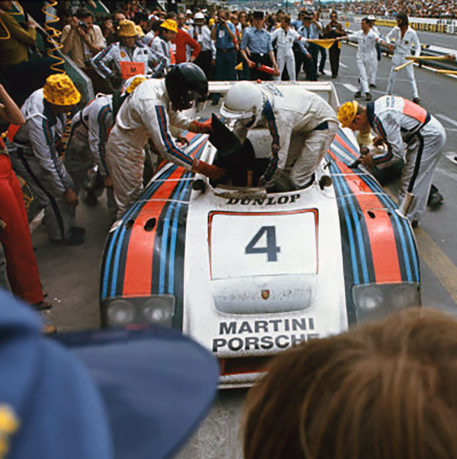 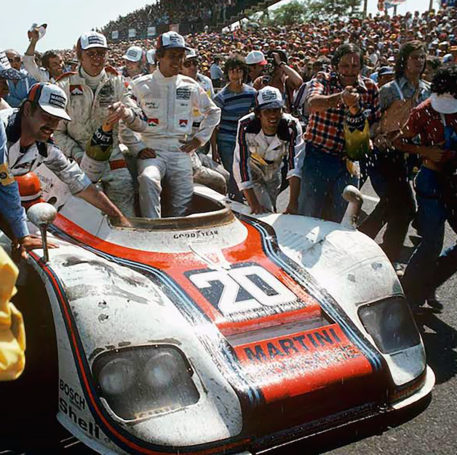 During the 1970s Martini became world famous for its connection to Porsche in motorsport, sponsoring the works Porsche 917 that won the 1971 24 Hours of Le Mans and again in 1976 and 1977 with Porsche 963 machines, as well as in many other major endurance racing events throughout the 1970s

This set of overalls was used by the Martini Porsche works team crew members while getting the cars race-ready, prepping them for qualifying and for all pit stops during races. It is very surprising that pit crew members did not wear fire-retardant suits in the team pits during the ’70s! This set was used during the 1976 to 1978 seasons where the Martini 936 Porsches were victorious at the Le Mans 24 Hour race in 1976 and 1977, and finishing a close second and third in 1978.

The white suit bears the iconic dark/light blue and red Martini Racing stripes running down the sleeves with a dark blue stripe running down both sides and a dark blue band around the waist. The suit also has a dark blue collar and the Porsche name patch stitched above the pocket on the right chest. This set shows signs of use and would have witnessed Endurance Sports Car history being made. They have also been signed by three former Martini Porsche winning drivers: Jürgen Barth (right chest), Brian Redman and Hurley Haywood (inside the suit) and comes with a full Certificate Of Authenticity.