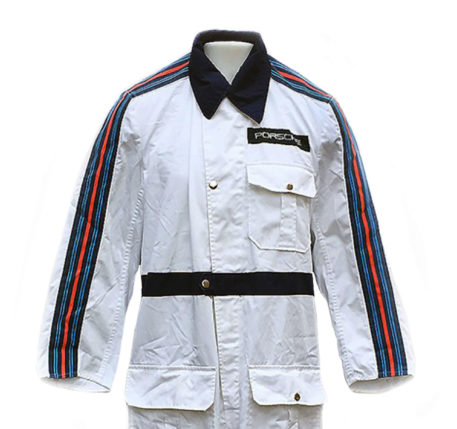 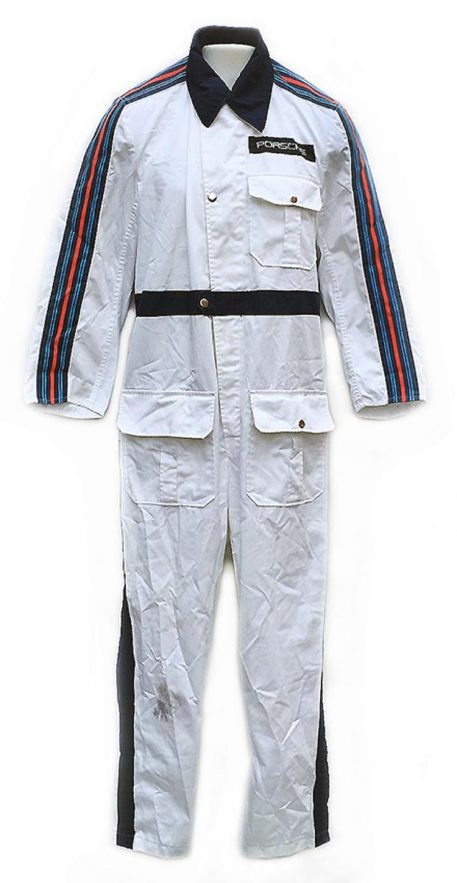 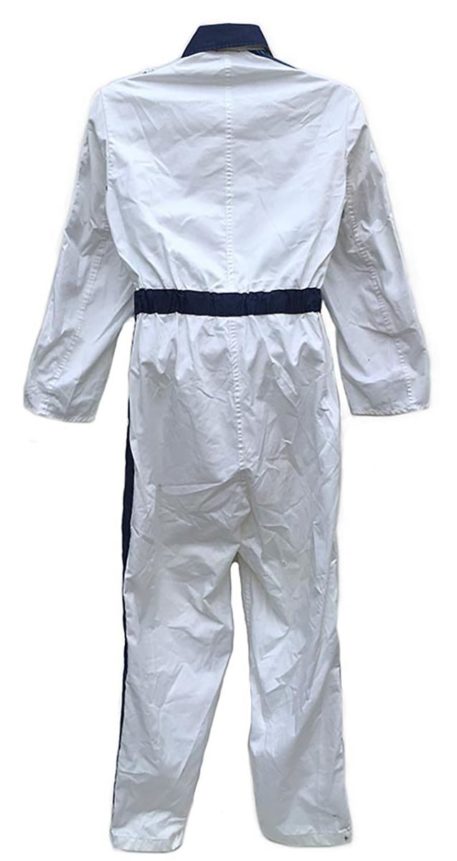 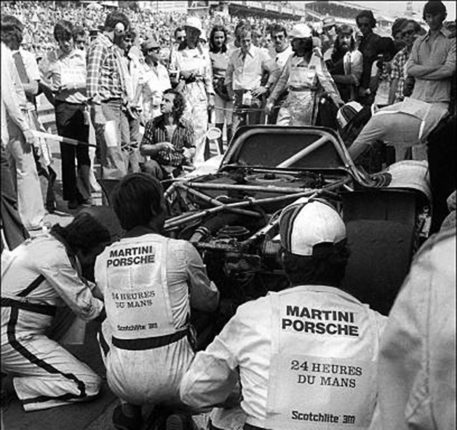 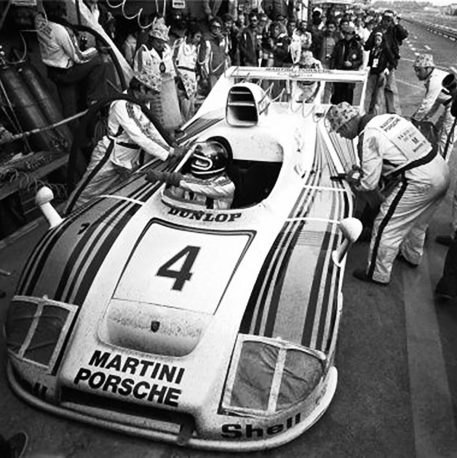 A piece of Endurance Sports Car history in the form of these Mechanics/Crew overalls from the Martini Porsche Racing Team. They were used during the 1976 to 1978 seasons where the Martini 936 Porsches were victorious at the Le Mans 24 Hour race in 1976/77 and finished a close second and third in 1978.

This set of overalls was used by Martini Porsche works team members while getting the cars race-ready, prepping them for qualifying and for all pit stops. Surprisingly enough crew members did not wear fire suits at Le Mans back in the ’70s!

The white suit bares the iconic Martini Racing stripes running down the sleeves and the Porsche name above the pocket on the right chest. Unfortunately, it is missing the Martini Porsche patch that would have been attached on the top back of the overalls and which could easily be replaced.

A unique item for the Porsche/LeMans/Sports Car fan or collector.