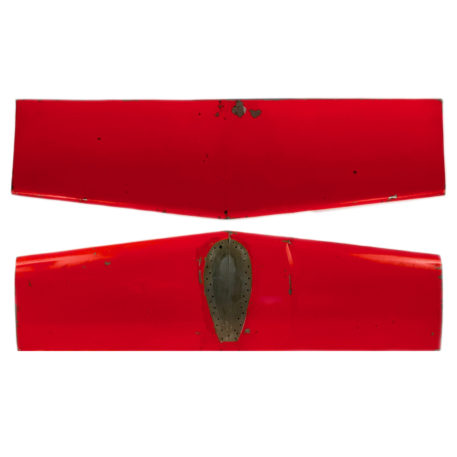 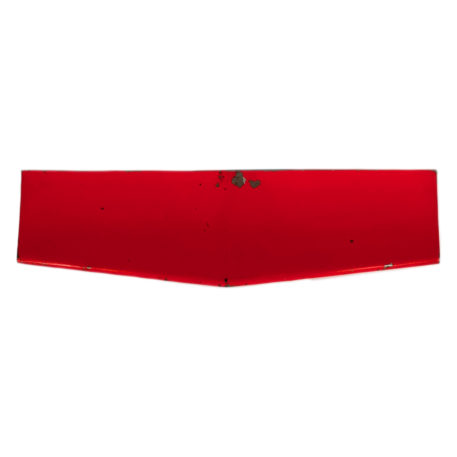 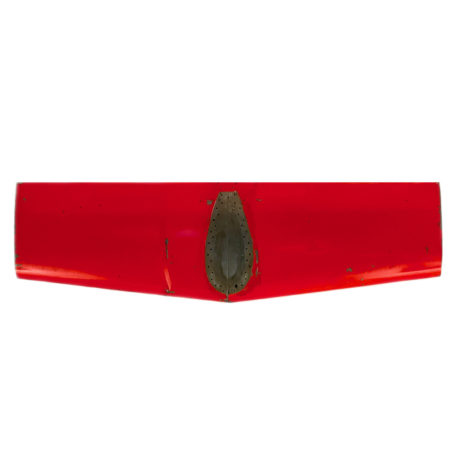 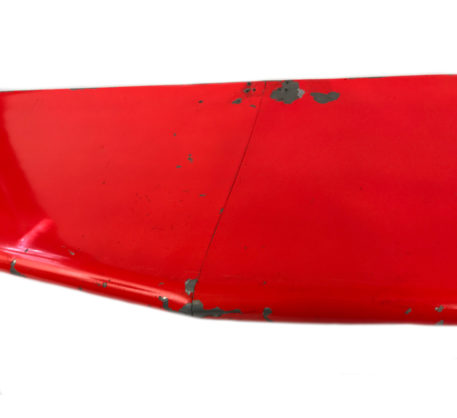 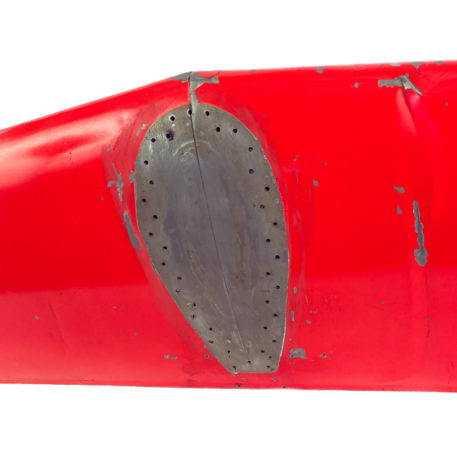 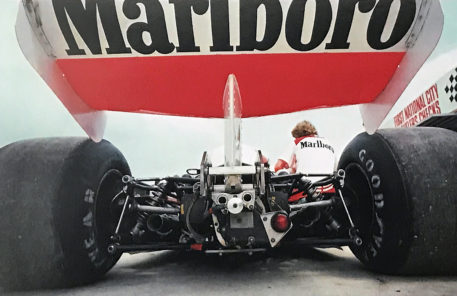 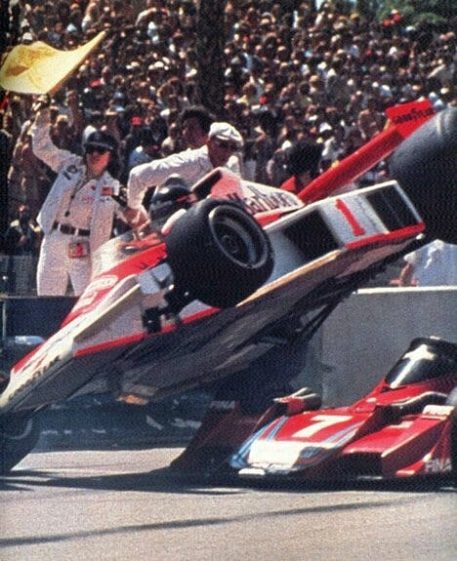 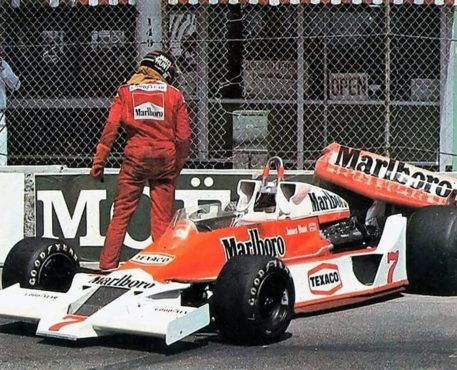 This aerodynamic rear wing formed part of the full wing that would have been either to either of James Hunt’s M23 or M26 Marlboro McLarens. This part is the bottom mainstay of the wing and would have had end plates and adjustable top wing attached to it. It also had a riveted support stanchion attached to its bottom that would then have been bolted to the rear of the car. From what we have been able to ascertain, this wing is most probably from one of two accidents Hunt had at the Long Beach Grand Prix in either 1976 or 1978. In both cases the rear wing of his car was damaged.

The hand-fabricated all aluminum part is painted in the ‘Marlboro McLaren’ florescent orange/red. It shows all the scars of battle and on its underside it has the fixing holes where the support stanchion would have been attached.

The wing comes with a full Certificate Of Authenticity.

This is a great item from a former World Champion’s car, and would make a fantastic addition to any collection.