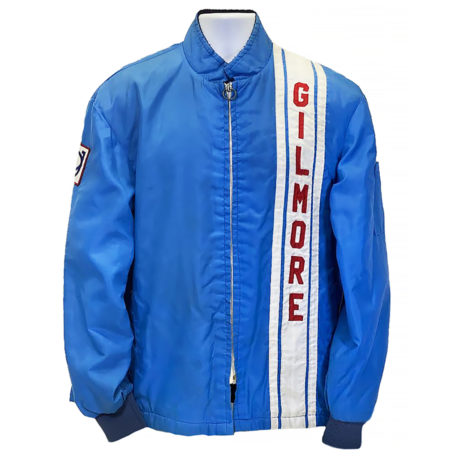 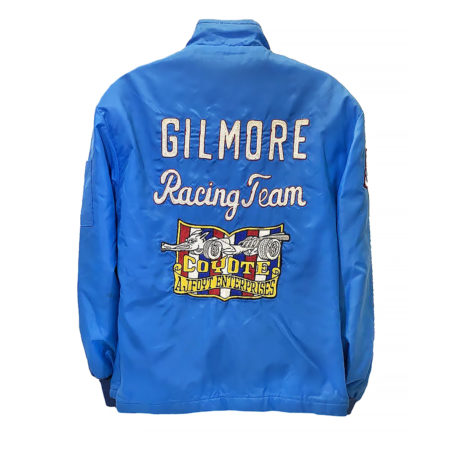 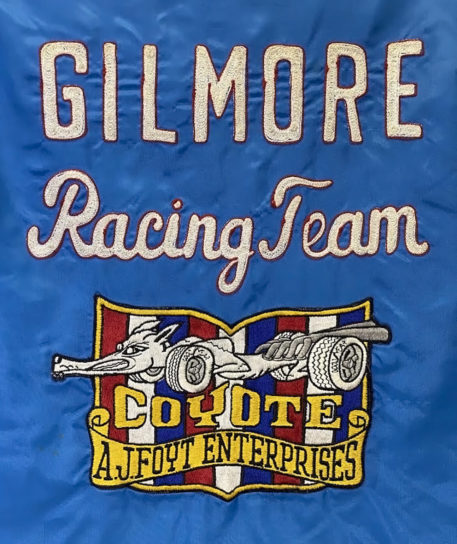 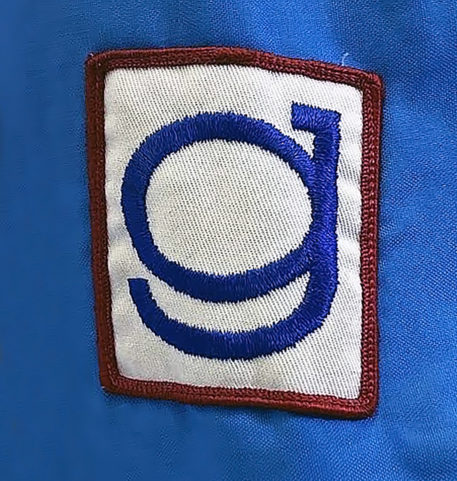 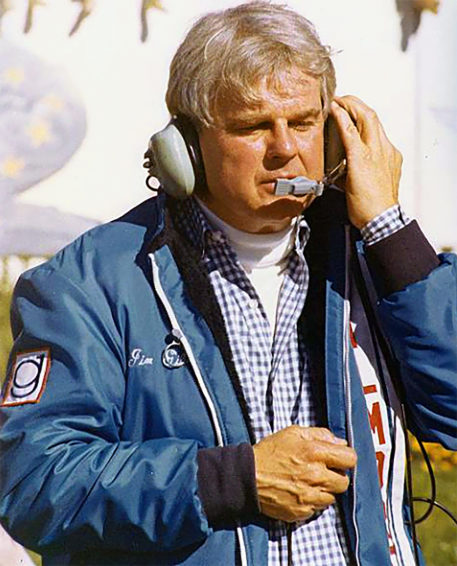 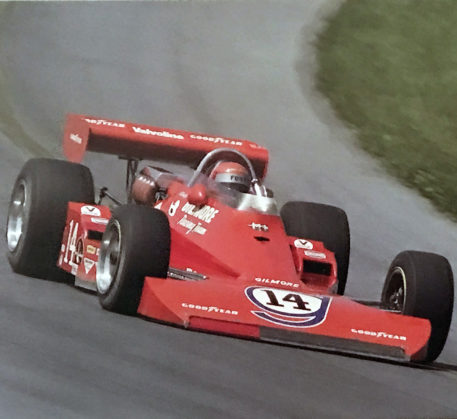 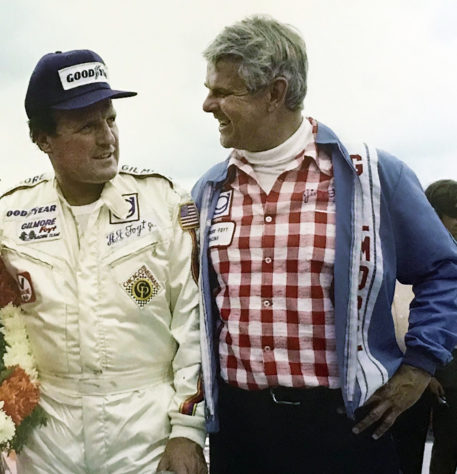 The blue zipper jacket has a three white stripes running down the front on its right side (two thin stripes on either side of a wider middle stripe) these 1975 jackets differed from the previous season’s jackets due to the fact that the Gilmore name was spelled out in red lettering running down the wide middle stripe. On its right arm is a small pocket and to the left a Gilmore ‘G’ embroidered patch has been attached. The back of the jacket has stunning white chain-stitched ‘Gilmore Racing Team’ lettering that also has red-edged stitching. Just below this is a large A.J. Foyt Enterprises ‘Coyote’ embroidered patch. This jacket is in excellent condition for its vintage and use and there are no tears, rips it does have some very minor staining. The zipper is present and working and its size is large.

This really cool and rare piece of IndyCar racing memorabilia, from a very successful team and legendary driver, would be a great addition to any collection.

The jacket comes with a full Certificate of Authenticity.