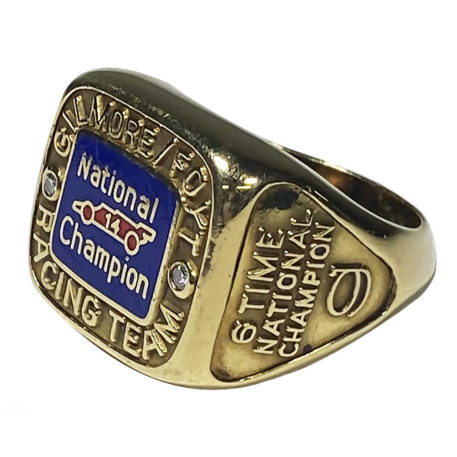 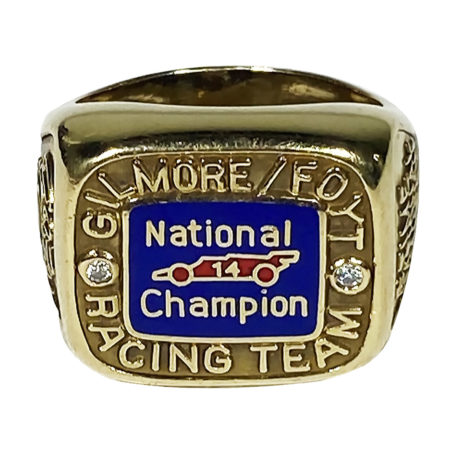 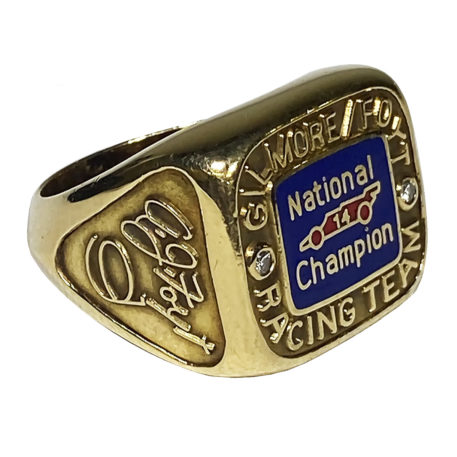 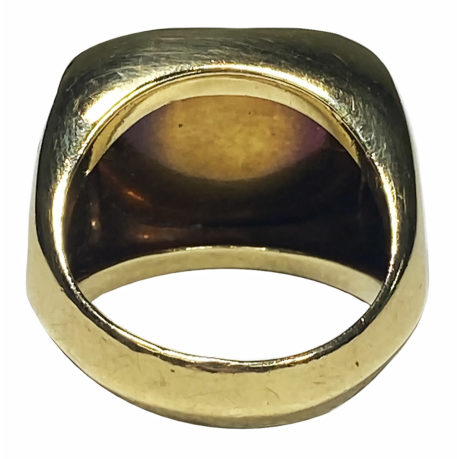 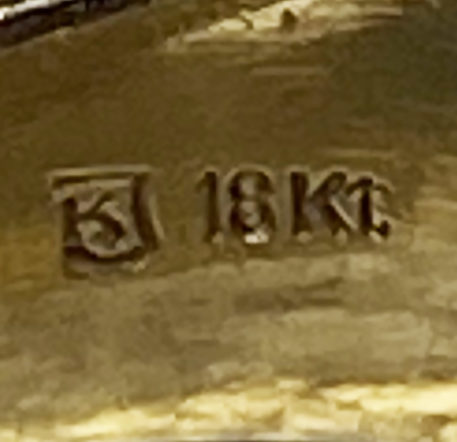 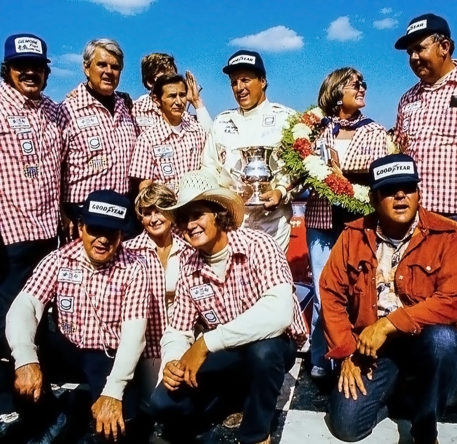 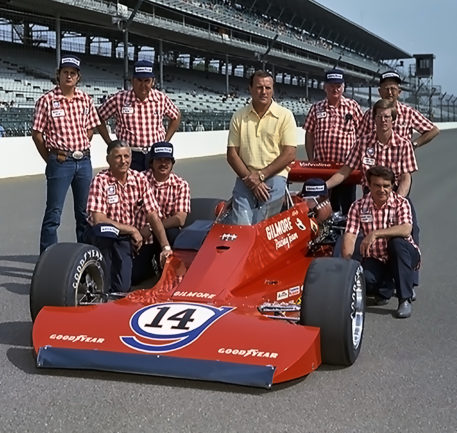 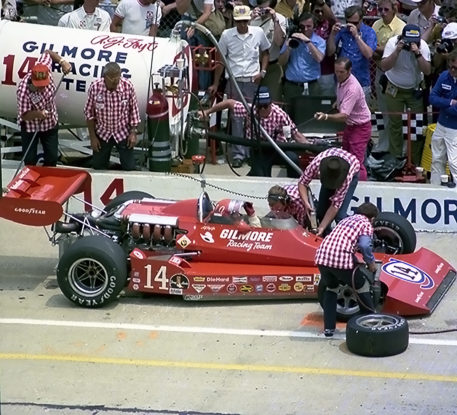 This extremely rare 18kt gold ring was issued to A.J. Foyt /Gilmore Racing crew members to mark A.J. Foyt winning his sixth USAC Indy Car Championship. Very few of these rings were created in 1975 due to the fact that there were far fewer team pit crew members then than there are today. This ring was acquired directly from the family of a loyal team member who was employed by the A.J.Foyt/Gilmore Racing team for eleven years from 1973 to 1984. At the time the ring was produced Foyt held six IndyCar titles dated 1960, 1961, 1963, 1964, 1967, and 1975. He would go on to extend his record to seven in 1979. With the Gilmore partnership, he would also win the 1977 Indianapolis 500, the USAC Stock Car Championship twice (1978/79), and the 1979 USAC Gold Crown Championship.

The ring has a blue enamel square on its center face that has an orange race car image and Foyt’s race #14 within it. Surrounding this are the words Gilmore Racing/Foyt (on the top) and Racing Team (on the bottom), separated by two small inlaid diamonds on either side. On either side of the shank are triangular recesses that have within them the words A.J.Foyt and the Gilmore ‘G’ logos (right side) and ‘6 Time National Champion’ lettering and the Gilmore ‘G’ logo (left side). It is in excellent condition for its age and, as previously stated, hallmarked as 18kt solid gold.

This is a onetime opportunity to acquire this very rare item. And one that commemorates the achievements of one of the greatest race car drivers of all time.

The ring comes with a Certificate Of Authenticity.