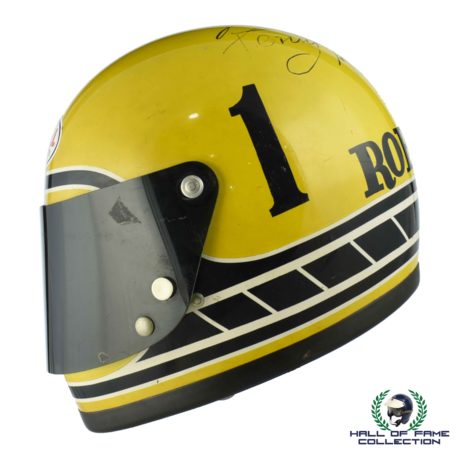 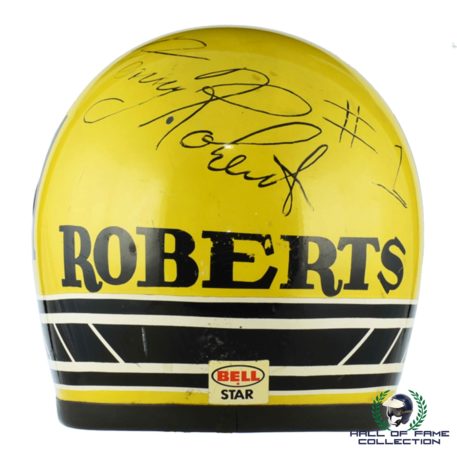 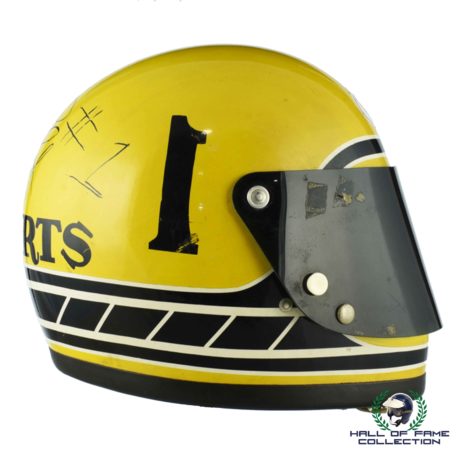 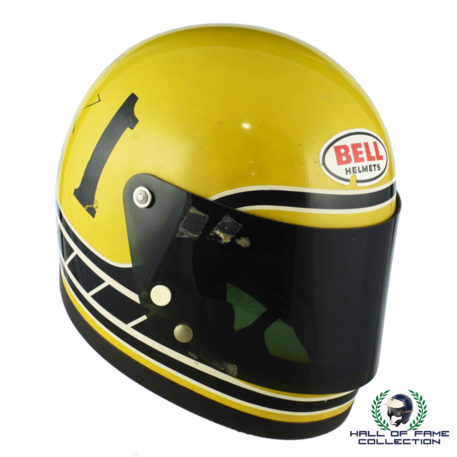 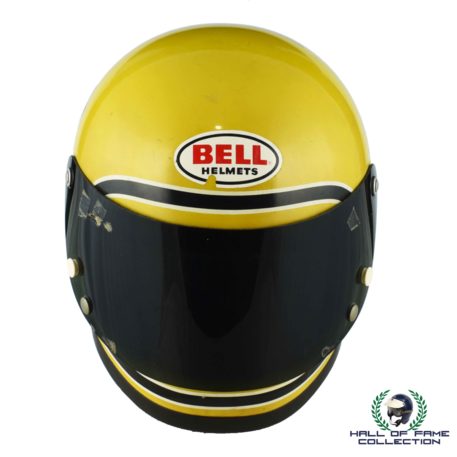 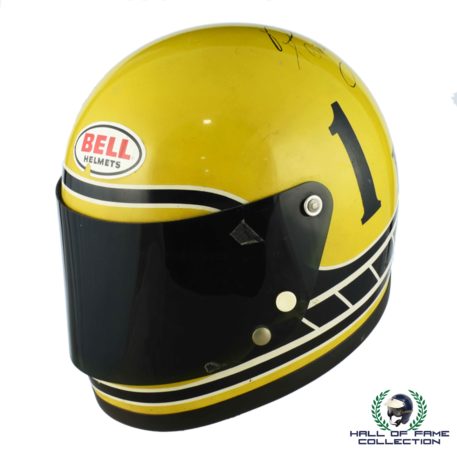 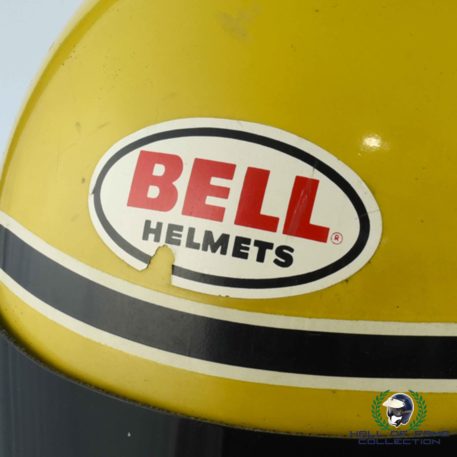 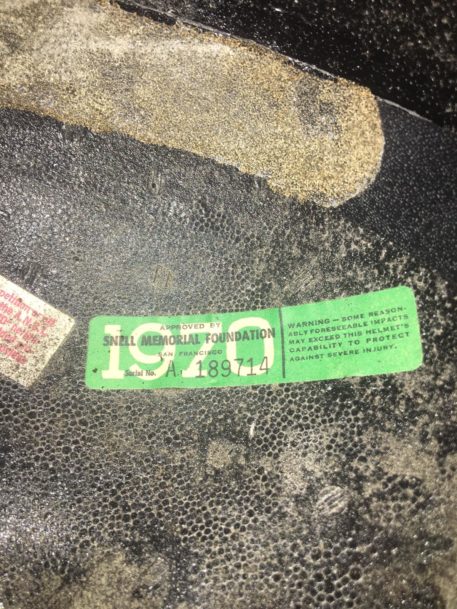 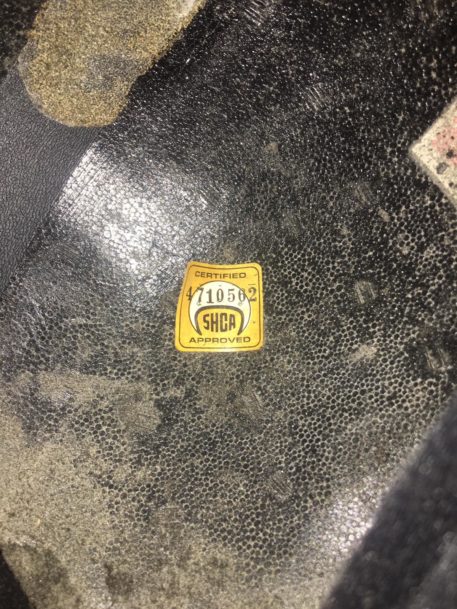 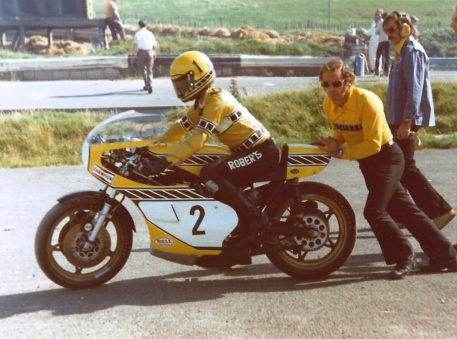 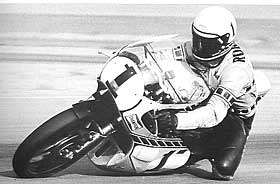 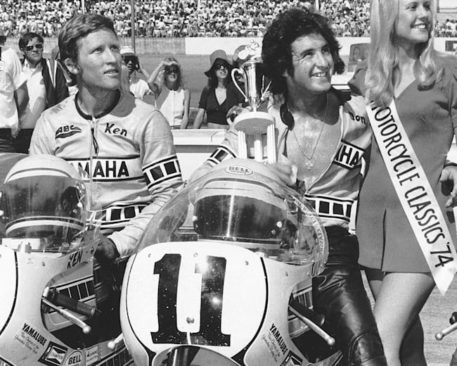 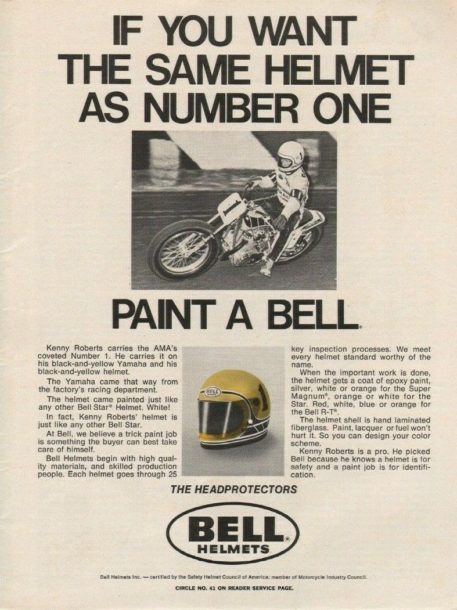 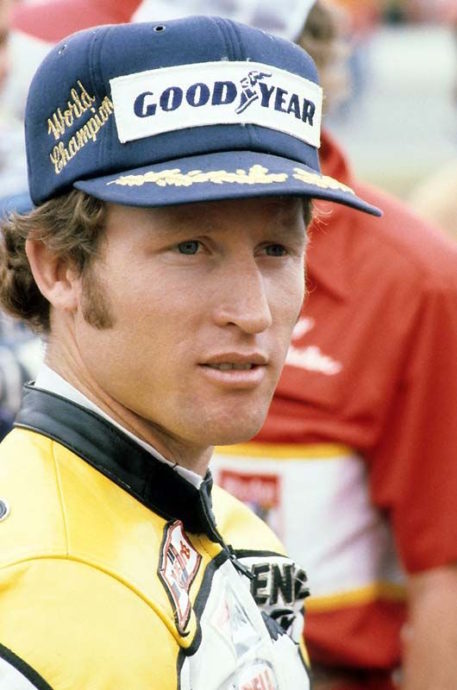 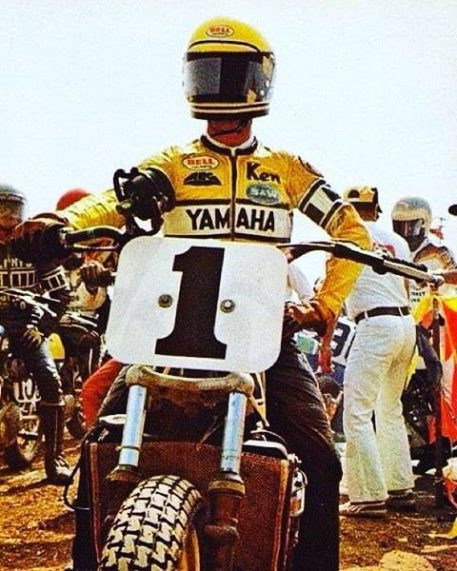 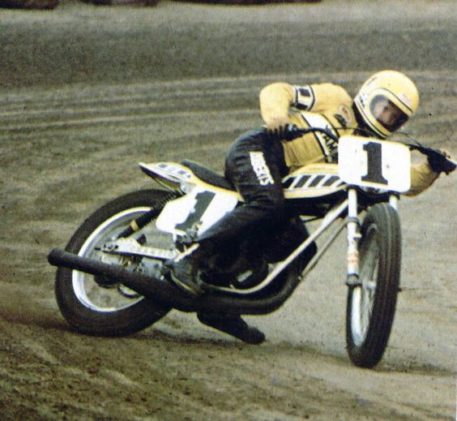 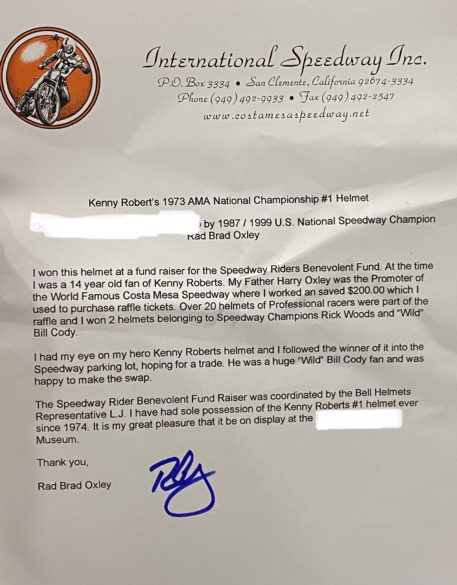 After Triumph turned down Roberts saying he was “too small”, Yamaha signed him at the age of 19. The Japanese manufacturer asked the head of their American racing program, former 250 cc world champion Ken Carruthers, to help guide Roberts’ racing career. It marked the beginning of a long and productive relationship between the two men. Carruthers ended his riding career after the 1973 season to concentrate full-time on managing Roberts’ and Yamaha’s efforts in the A.M.A. Grand National Championship, a series which encompassed events in four distinct dirt track disciplines plus road racing.

Roberts won the AMA Rookie of The Year award in 1971 and in his first professional race as an expert class rider in 1972, Roberts rode to victory at the Grand National short-track race in the Houston Astrodome. Roberts made a name for himself that year by battling the dominant Harley Davidson factory dirt track team aboard an underpowered Yamaha XS 650 motorcycle, making up for his lack of horsepower with sheer determination. He finished the season ranked fourth in the country. In 1973, in just his second season as an expert, Roberts won the National Championship, amassing a record 2,014 points in the 25-race series.

While Roberts had a natural talent for riding motorcycles on dirt surfaces, on paved road circuits the motorcycle felt unsettled beneath him while negotiating a turn according to him. During a race at the Ontario Motor Speedway, he observed Finnish rider Jarno Saarinen using a riding style where he shifted his body weight towards the inside of a turn. Roberts tried the technique and found that it helped settle the motorcycle. He adopted the cornering style and exaggerated the body shift to a greater extent than Saarinen had by extending his knee out until it skimmed the track surface. With his new riding technique, Roberts began to excel in road race events. Yamaha motorcycles performed very well in road racing, where the Yamaha TZ750 was the dominant motorcycle of the era.

In the 1974 Daytona 200, after early leader Gary Nixon retired, Roberts battled for the lead with former 500cc world champion, Giacomo Agostini before an overheated engine forced him to settle for second place. In April 1974 Roberts ventured to Europe for the first time to compete in the prestigious Imola 200 road race for 750cc motorcycles. He made a positive impression competing against the best road racers in the world, once again finishing second to Agostini. He then traveled to England with a team of American riders to compete against a British riding team in the 1974 Transatlantic Trophy match races. The conventional wisdom at the time was that American riders, who competed mostly in dirt track races, could not race on asphalt at the same level as the British riders, who specialized in road racing events. Roberts dispelled any such notions by winning three of the six races and finishing second in the remaining three races. Roberts was the top individual points scorer in the event with 93 points, five more than Barry Sheene, the top British rider. Roberts returned to compete in the 1974 Grand National championship and won his first national road race at Road Atlanta on June 2, 1974. On August 18, Roberts won the Peoria TT race to complete a Grand Slam with victories in each of the five different events on the Grand National calendar. He claimed his second consecutive Grand National championship, winning six races and surpassing his 1973 points record by scoring 2,286 points in the 23 race series, collecting points in all 23 races. Roberts also entered his first world championship road racing event, winning the pole before finishing third in the 1974 Dutch TT.

From 1975 to 1977 Roberts continued to win many races in both the AMA and Transatlantic match series races. By 1978 he was ready to take on the defending 500cc Barry Sheene who had won the previous two seasons’ titles. At the 1978 Austrian Grand Prix, in only his second 500cc start, Roberts became a Grand Prix winner at the premier class level. He backed that up with 3 more wins on the season becoming World Champion ahead of rival Sheene by 10 points. After that King Kenny went on to win the next two 500cc titles becoming a 3-time World Champion and what many people believe to be the greatest rider of all time.

This Bell Star helmet is not only in race-used condition but it’s also in pristine period condition as it has been well cared for since the 1974 season ended. The helmet shows the manufacturing date of March 74 and can be seen in that year’s Bell printed advertisements. The unique hand painted helmet makes it easy to photo match and pin point the events it was used in, including the Daytona 200 and several other races during that Championship winning season. In the famous yellow and black Yamaha colors of that time this helmet just sends chills down your spine thinking about it being used in battles by “King Kenny” at the height of his career in the mid 1970’s.

After the 1974 season, Roberts signed and donated the helmet to the Speedway Rider Fund where it would be raffled off with other helmets. In attendance that night was 14 year old Brad Oxley who was determined to win the draw as he was a big Kenny fan. Oxley worked at his father’s Speedway in Costa Masa and saved up to purchase $200 worth of raffle tickets in hopes of winning the helmet. Sadly Oxley didn’t win but instead won two Speedway riders helmets from Rick Woods and “Wild” Bill Cody. However this didn’t stop the young boy’s determination and he followed the eventual winner to the parking lot and approached the man about a possible trade. To his delight the man was a big “Wild” Bill Cody fan and they made the exchange.

Brad Oxley would grow up to eventually become a two-time American Speedway Champion and also rode professionally in England and many other countries in his career. Oxley had the helmet proudly displayed for 47 years until we recently acquired it.

Like many famous people, Robert’s signature evolved over time and what makes his helmet so unique is that it has his period correct signature on it as opposed to a modern day version which would be used today. The signed Letter of Authenticity from Oxley and a Certificate of Authenticity from Hall of Fame Collection accompany this fantastic helmet.

With so few original Kenny Roberts helmets in existence, you won’t want to miss out on this truly once-in-a-lifetime opportunity to add his helmet to your collection today.