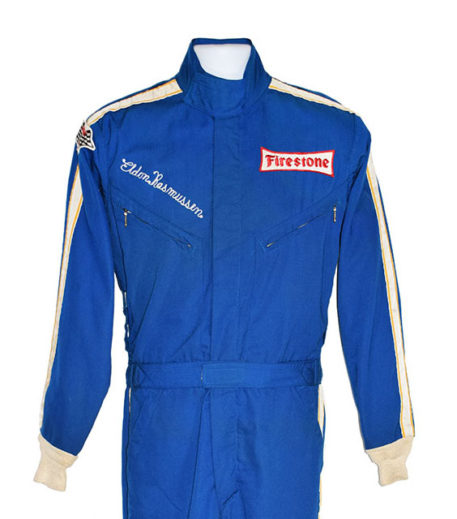 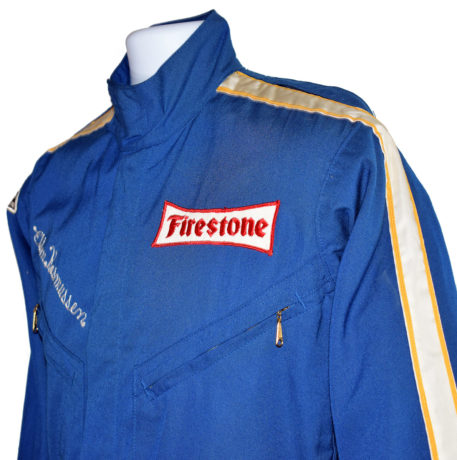 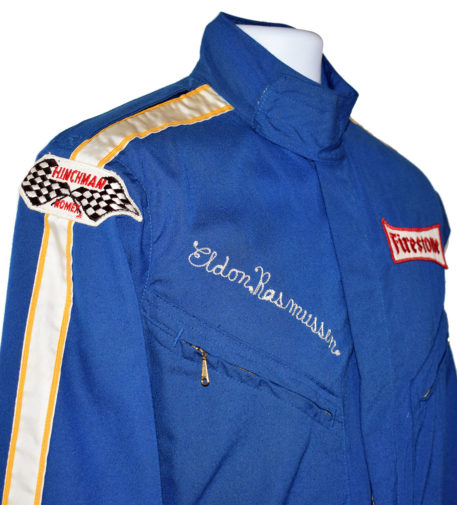 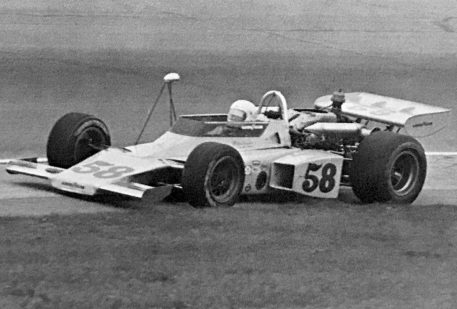 Hinchman race suit used by Canadian driver Eldon Rasmussen early in his USAC IndyCar career. Rasmussen raced in the 1971 and 1973-1979 seasons, with 23 career starts, including the 1975, 1977, and 1979 Indianapolis 500. He will be mainly remembered for being involved in Tom Sneva’s spectacular accident at the 1975 Indy 500. Rasmussen finished in the top ten 3 times, with a best finish of seventh at Ontario in 1975. He built his own race chassis, which he dubbed the “Rascar”, and raced with limited success from 1973 to 1979. In all three of his Indy 500 starts, Rasmussen would qualify his “Rascar” on the last row.

This great vintage suit would have been used by Rasmussen sometime during the 1973/74 seasons. While driving his own chassis design he would enter ten races and qualify in four of them, having a best finish of ninth at Pocono Raceway.

The blue suit has white, edged in yellow, stripes running down the arms and legs. There’s large lettering from tire supplier Firestone  embroidered in white on the back of the suit with a Firestone ‘bowtie’ patch on the left chest. Rasmussen name is stitched on the right chest.