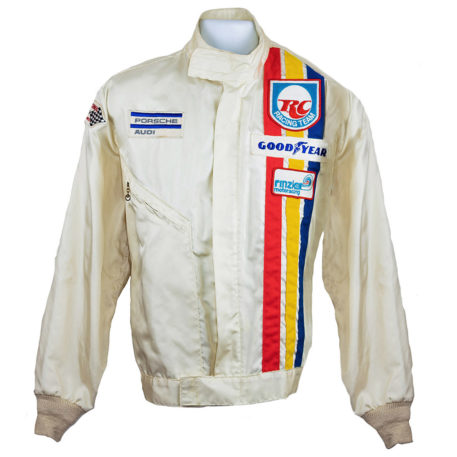 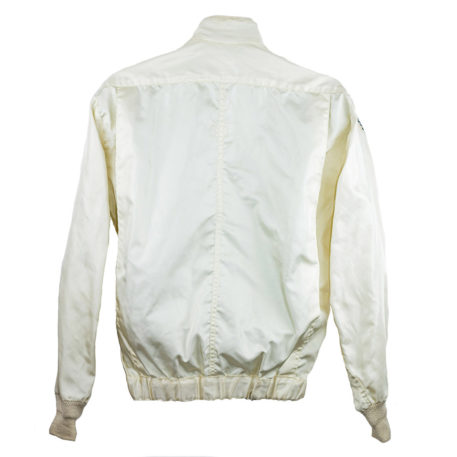 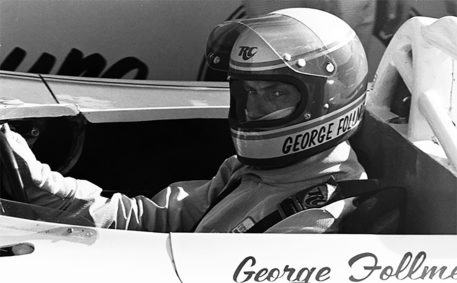 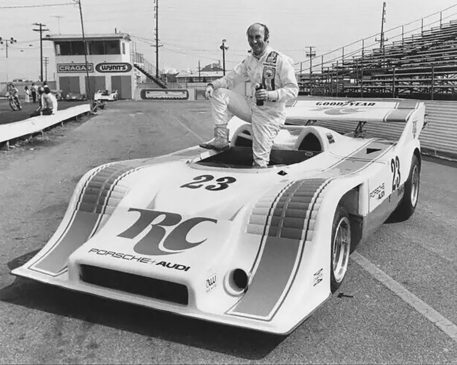 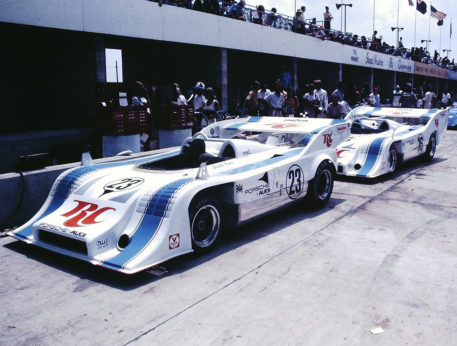 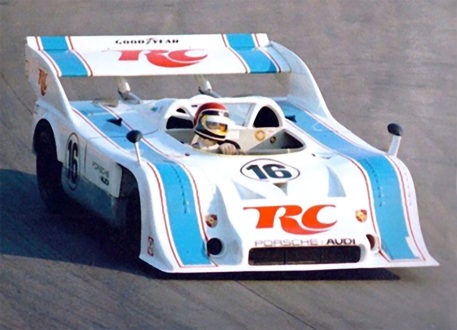 Vintage 1970’s Hinchman, flameproof Nomex suit top, possibly used by one of two drivers who drove one of the Rinzler Racing, RC Cola sponsored Porsche 917/10’s, during the 1973 Can-Am season. The drivers that were employed by the team during the season were George Follmer and Charlie Kemp. Follmer, who was the main team driver, had a couple of series race wins and many top three heat finishes. It’s not known which of these drivers would have worn this race suit top or if it was another driver. This race suit would have been the top half of a full two-piece suit and has red, yellow and blue stripes running down its left side. Applied over the top of these are the patches of RC Cola Racing, Goodyear and Rinzler Racing. On the right chest is a Porsche/Audi patch and on top of the right arm is the manufacturer’s Hinchman patch.

Regardless of its history, the suit top has period correct original patches and is in fantastic condition. Some stains on the sleeves are still present from race use.