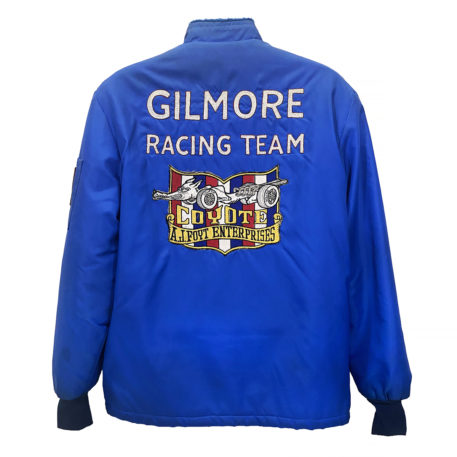 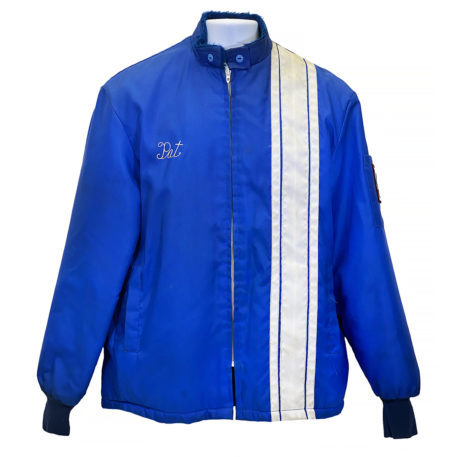 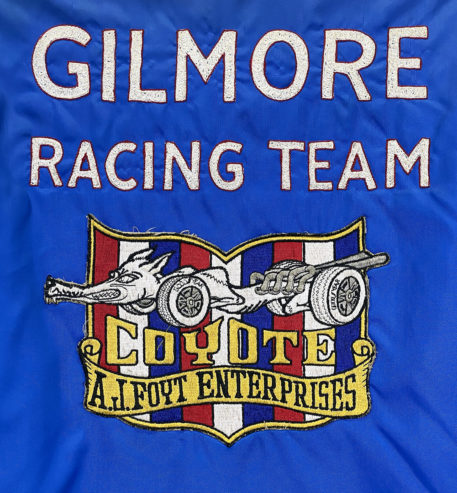 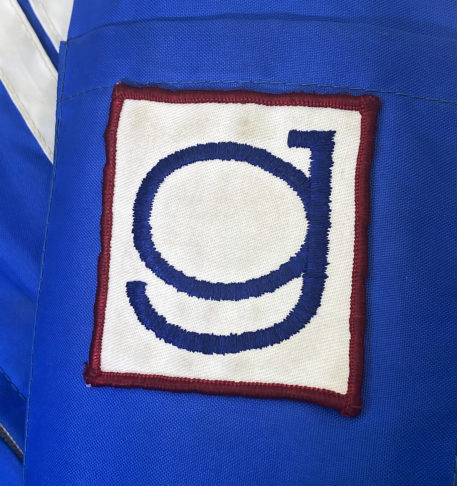 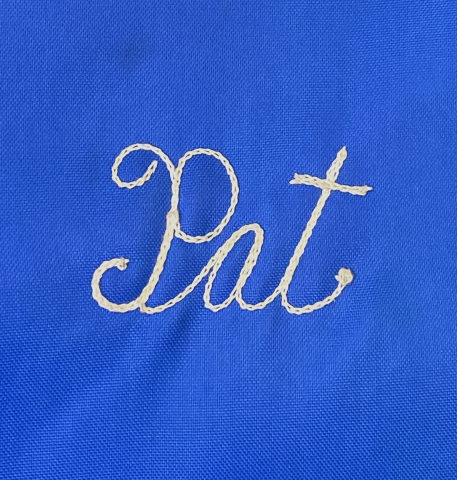 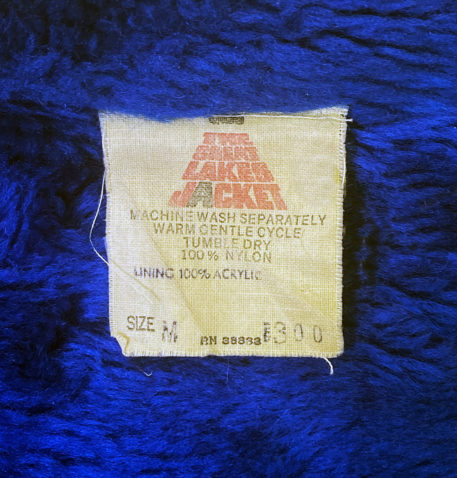 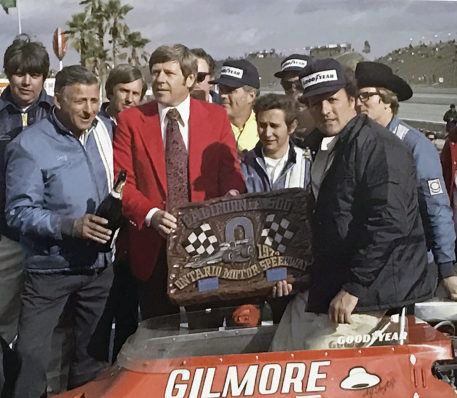 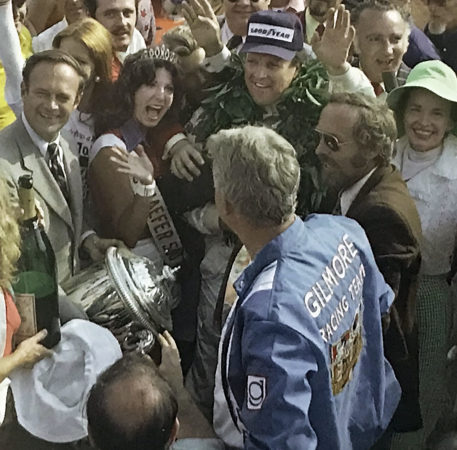 A very rare Gillmore/Foyt Racing windcheater jacket that was issued to and worn by team members during the 1973/74 USAC IndyCar seasons. Foyt would have for wins in all over the two seasons, with two wins at Trenton as well as Pocono and Ontario Motor Speedways. Foyt can be seen celebrating his win with co-owner Jim Gilmore at Pocono in 1973, and again in his 1974 Ontario win with members of the team wearing these jackets. This particular example belonged to pit crew mechanic ‘Pat’.

The Great Lakes manufactured blue zipper jacket has three white stripes running down the front on its right side two (two thin stripes that sandwich a wider stripe). On its right arm is a pocket that has a Gilmore ’G’ embroidered patch attached. The back of the jacket has stunning white chain-stitched ‘Gilmore Racing Team’ lettering that also has red-edged stitching. Just below this is a large A.J. Foyt Enterprises ‘Coyote’ embroidered patch. The jacket insides have a blue acrylic fleece material lining.  The jacket is in excellent condition for its vintage and use and there are no tears, rips, or stains and the zipper button fasteners are present and working. It is sized as a medium on its label.

This really cool and rare piece of IndyCar racing memorabilia, from a very successful team and legendary driver, would be a great addition to any collection.

The jacket comes with a full Certificate of Authenticity.