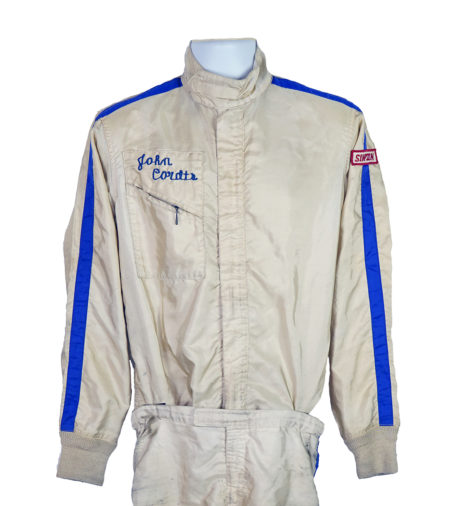 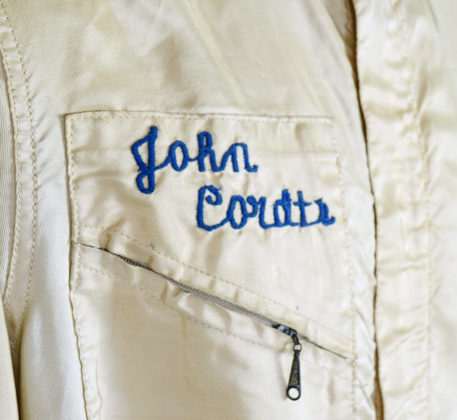 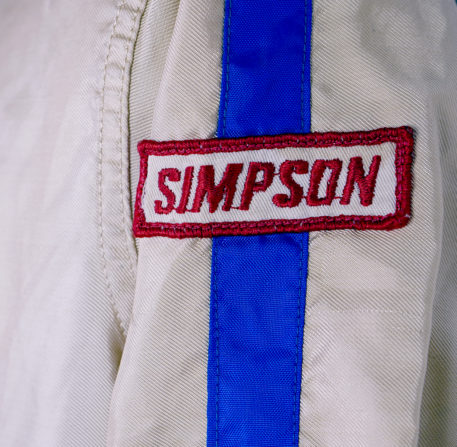 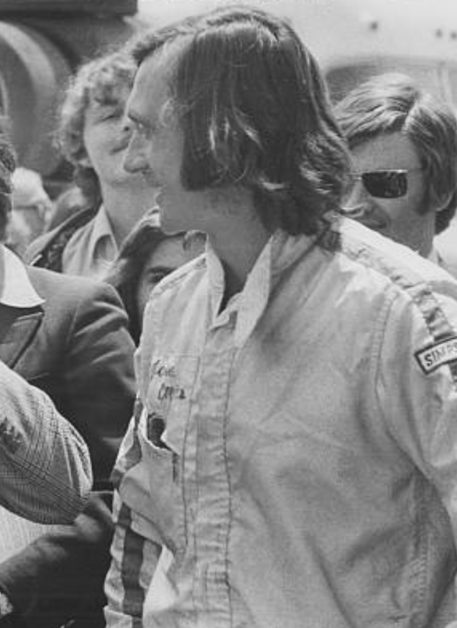 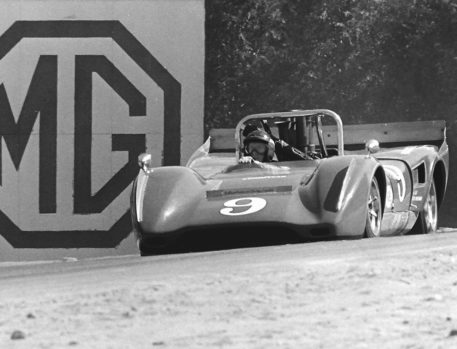 Vintage Simpson race suit worn by Can-Am driver John Cordts. The German-born racer lived in Sweden during his childhood before settling in Canada as a teenager. He gained early competitive experience in ice racing and then became a successful road racer during the mid-1960s. Cordts was a quiet, modest man, and for this reason many racing fans might not be familiar with this Hall of Fame driver. His racing resume is impressive, including several decades driving everything from MGs and Corvettes to 65 starts in the Can-Am Series from 1966 to 1974. Cordts became the Canadian champion in 1965 driving a Performance Engineering Corvette, after which he would graduate to the Can-Am series for its inaugural season in 1966 driving a McLaren M1A-Chevrolet. He raced on an occasional basis for a couple of seasons but became a regular in 1969. He would end off this same year with a one-off Formula One Grand Prix opportunity when Cordts drove Paul Seitz’s Brabham in the Canadian Grand Prix. The Canadian would continue his career in both the Trans-Am and Can-Am series up until 1974, with his best result coming at the very end of his final season when he finished second at a Road America Can-Am event while driving a McLaren M8F. He was also known for his participation in the SCCA Trans-Am Series, where he had, at one point, piloted a BF Goodrich-sponsored Pontiac Firebird known as the “Tirebird” and entered several events with the Greenwood Corvette Team as well.

This suit has been photo-match to being used by Cordts during the 1972 Can-Am series. He can be seen (see pictures) wearing it at the Mosport Park Raceway, where he drove the #9 Overhauser Racing Lola. The all-white suit shows all the signs of heavy use and still wears its race grime and stains. It has blue side stripes running down both arms and legs. Cordts’s name is chain-stitched above the right chest zipper pocket and it also has a Simpson products logo patch on its left arm.

This a great piece of Can-Am racing history worn by one of the dedicated racers that kept the series alive and competitive.