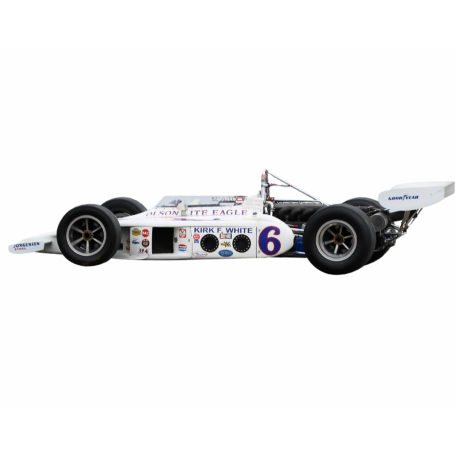 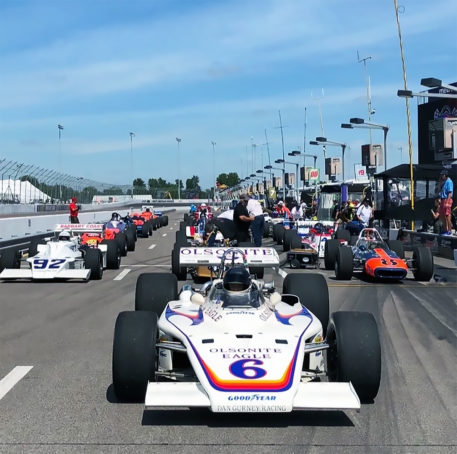 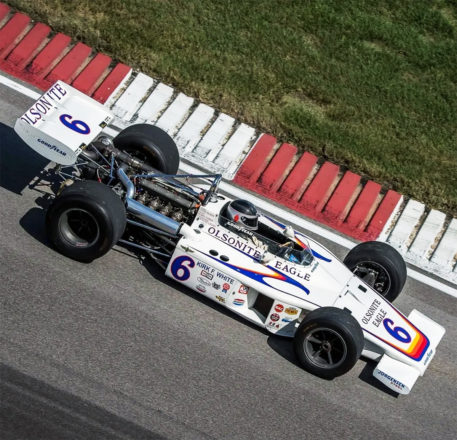 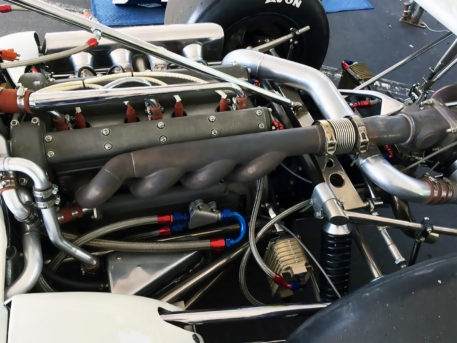 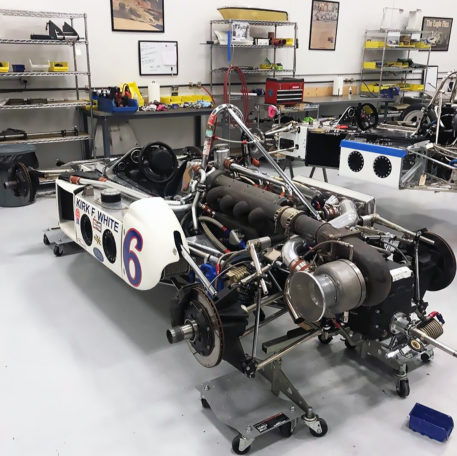 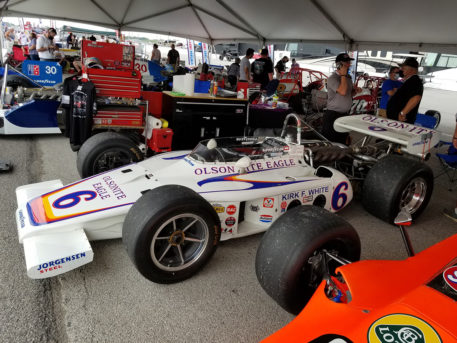 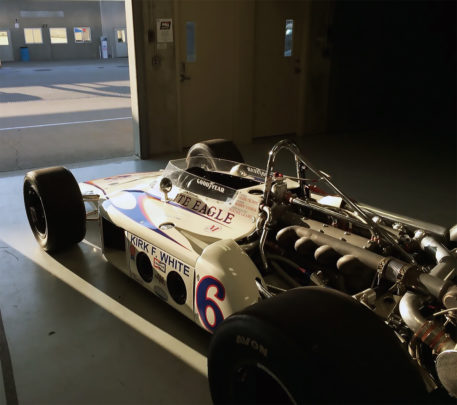 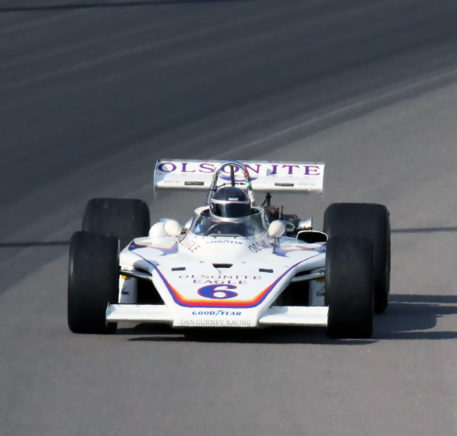 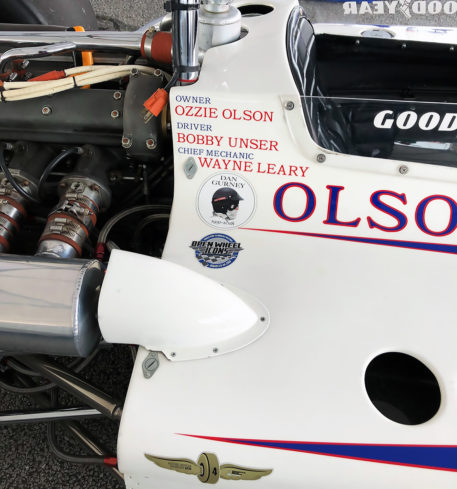 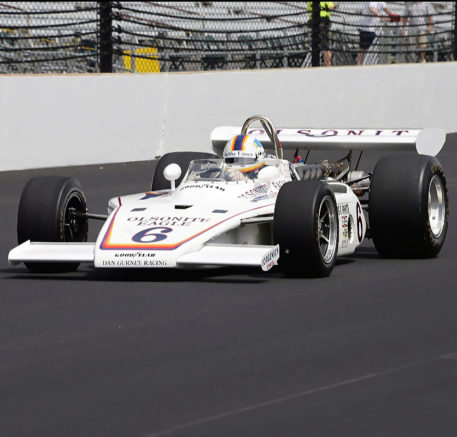 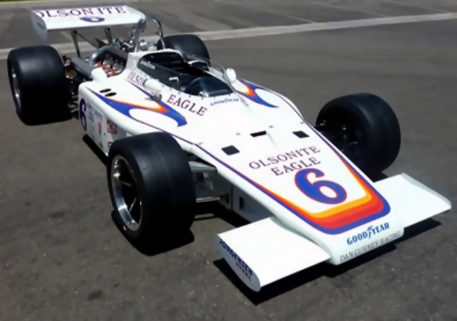 In 1971 Dan Gurney lured engineer Roman Slobodynskyj away from the Rockwell Aerospace Corporation. Gurney set Slobodynskyj the task to work on a new chassis to surpass the Gordon Coppuck designed McLaren M16 which up to this point had set a benchmark in IndyCar design. Aerodynamics were at the forefront of this new car’s design as advancements in this area had moved on significantly within just a short period of time. The new Eagle’s chassis, christened the 7200 series, took full advantage of the new USAC rules, including the addition of wider wings to increase downforce and moving the width of the wheels out to make full use of the 80-inch regulations. The unique suspension was designed to be driver-adjustable while out on the track. It was master fabricator Phil Remington’s responsibility to construct these sleek aerodynamic and incredibly fast cars. The cars were to be powered by turbocharged Drake-Offenhauser engines which generated over 750 horsepower and also acted as stressed member from the firewall back.

At its first test session at the Ontario Motor Speedway Bobby Unser reached speeds of just over 190 mph. By the time the 1972 Indianapolis 500 arrived Bobby Unser and the team had increased the speed to set a new fastest lap of 196.678 mph which was a staggering 17 mph faster than the previous year. Later that year Unser would smash the world closed course record with a 201.414 mph in the California 500, again at the Ontario Motor Speedway. Unser would achieve six pole positions in the nine races during the season, taking victory in four of them. By this time just six examples of the AAR 7200 Eagles had been built. After it showcased its tremendous speed these record-breaking cars became highly sought after and various other teams and privateers quickly placed orders. By the end of the year 29 cars had been sold. Qualifying for the 1973 Indy 500 resulted in the first six starting rows (18 cars) being occupied by these 7200 Eagles. They would go on to dominate IndyCar races and championships for the next five years.

This car is chassis #7229 of the 30 complete cars built in the 7200 series. It was never sold by AAR and was held in reserve as a team spare, thus it was a chassis that was never raced. It does however have a Turbo Drake-Offenhauser engine installed, built by Van Dyne Engineering, coupled with a Weissman (gearbox) transaxle built by AAR’s Butch Wilson. This is the exact engine/gearbox combination that carried Bobby Unser to victory driving for AAR at the 1974 California 500.

Dan Gurney supplied the car’s current owner with the tub and all new old stock AAR parts along with the engine and gearbox for the car assembly/restoration. It has a new fuel cell installed and is currently being maintained by an award-winning former Indy 500 Chief Mechanic. The car is ready to go and includes a Gerhardt starter & battery cart. It has been painted in the iconic Bobby Unser Indy 500 white All American Racers #6 Olsonite livery which is incredibly popular with race fans

This car is an all-original AAR car and is covered in Dan Gurney, Phil Remington and historic AAR DNA. The car has seen track time since its restoration and has participated in many vintage events at the CA Speedway, Michigan Speedway, Indianapolis Motor Speedway, WWT Raceway, Milwaukee Mile and Road America.