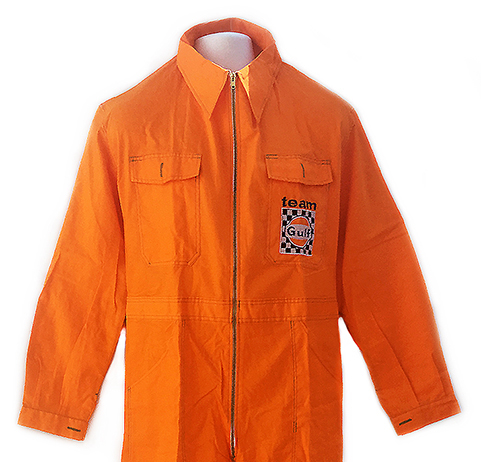 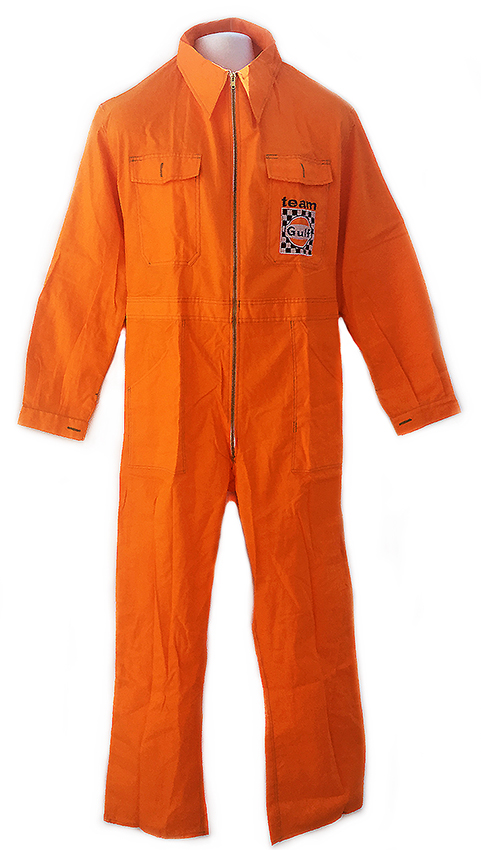 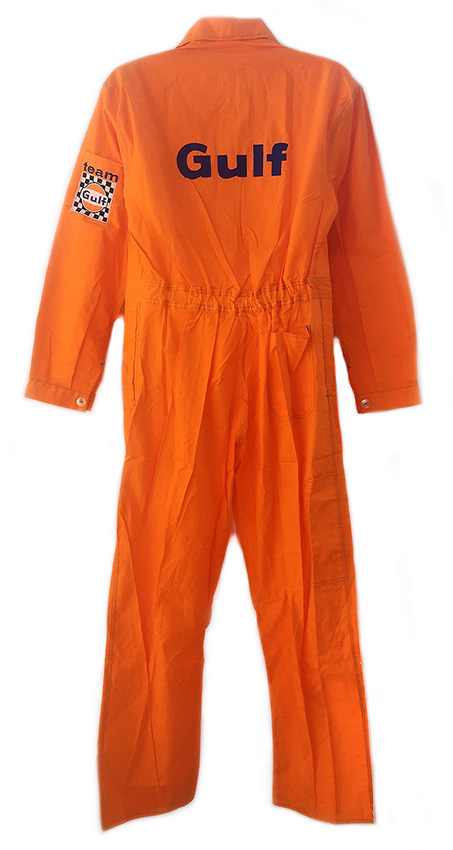 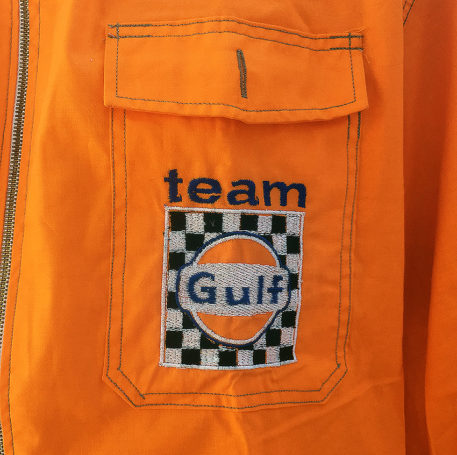 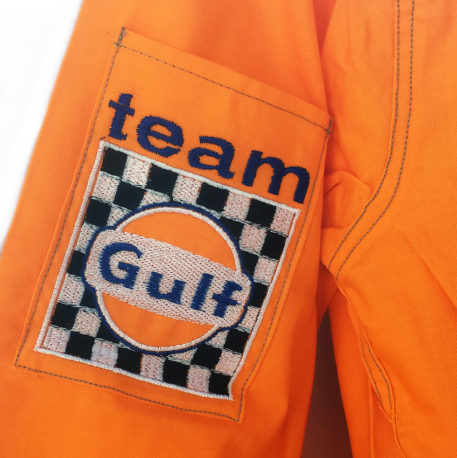 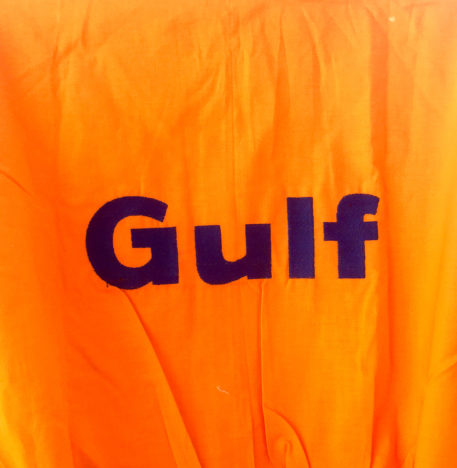 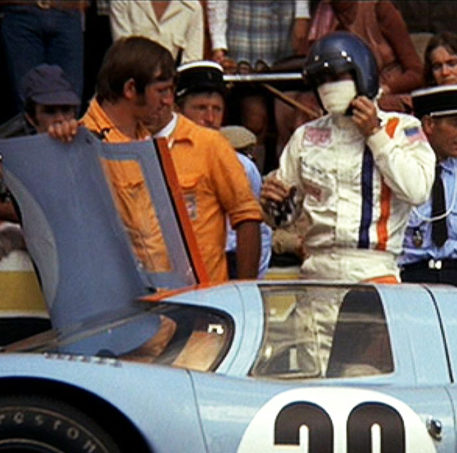 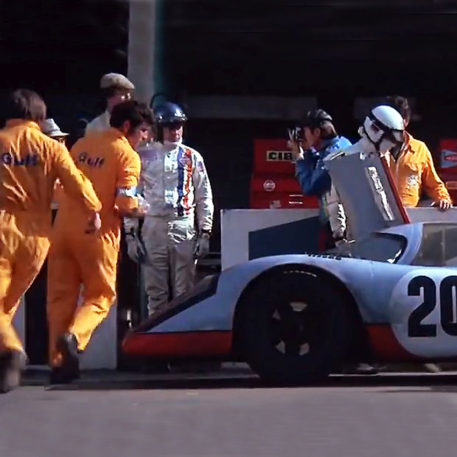 This set of bright orange overalls were produced for the Solar Productions Film Company for use during the filming of the 1970’s iconic racing move ‘Le Mans’ the fast-paced action drama that stared the biggest movie star of the era Steve McQueen. It is considered one of, if not the best motor racing movie of all time and the racing action sequences are yet to be bettered.

These zipper overalls have button pockets and sleeves and can be seen many times during the pit stop scenes worn by the team mechanics. They are in the Porsche Gulf orange color with Team Gulf embroidered circle in a chequered square to both the left chest pocket and left arm. It has Gulf lettering in blue to the back of the overall. Very few of the overalls survived. This pair is in new/near mint condition.

Chance to own a piece of rare motor racing/movie memorabilia.