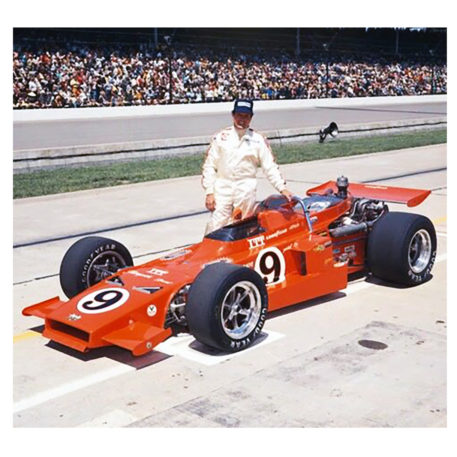 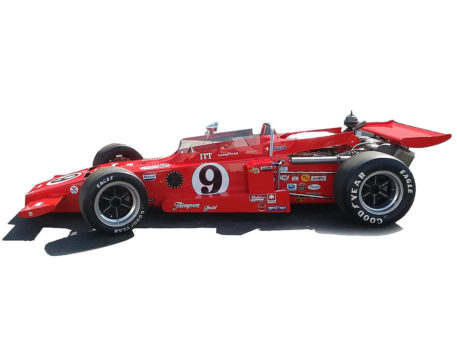 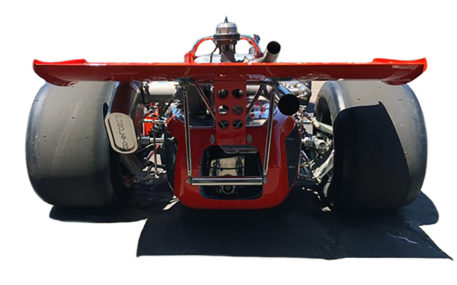 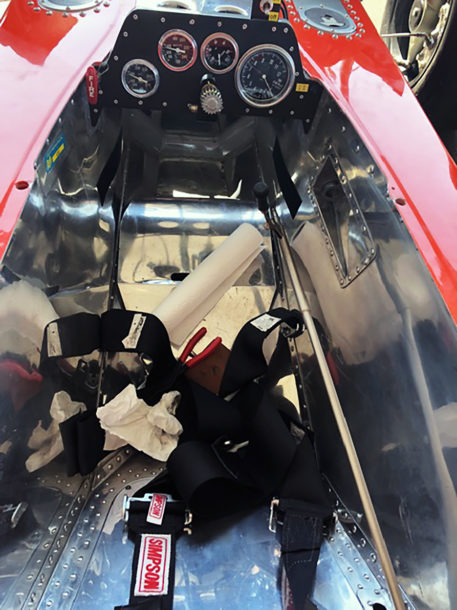 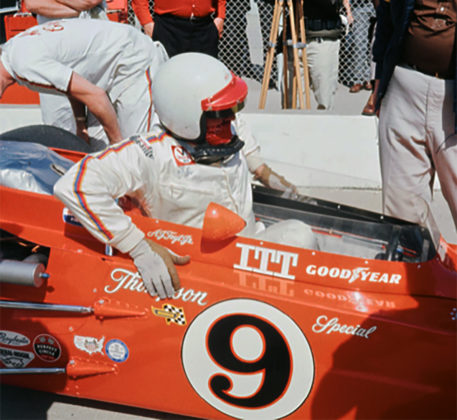 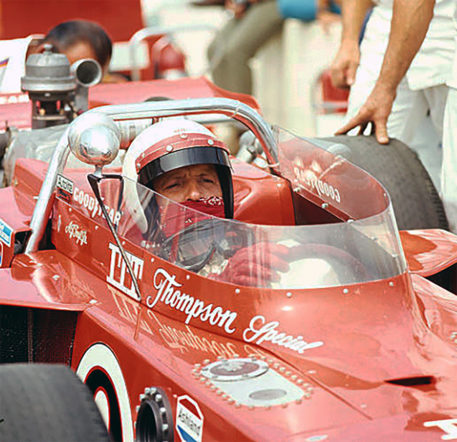 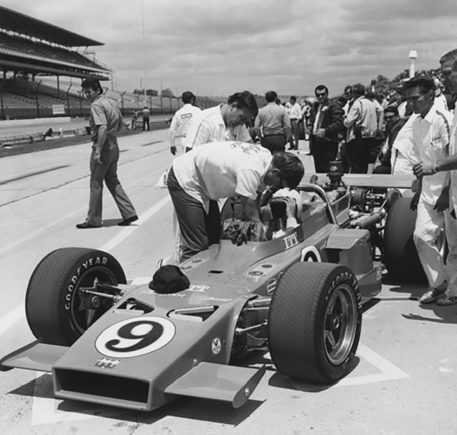 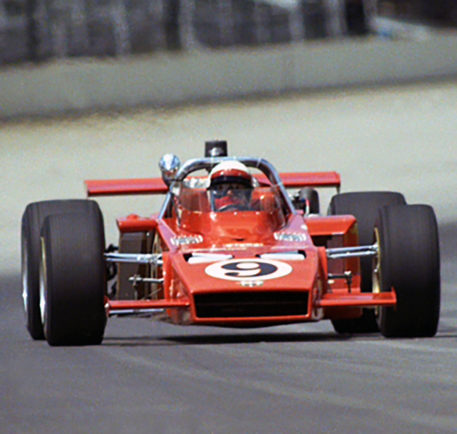 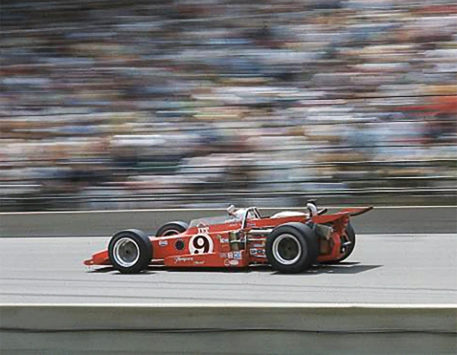 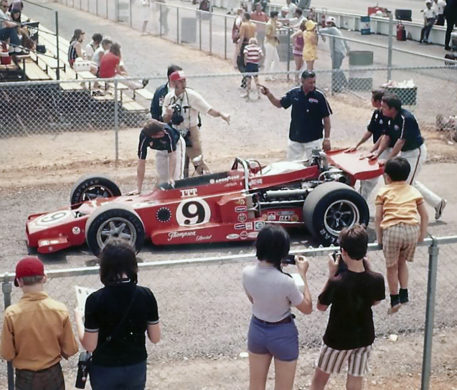 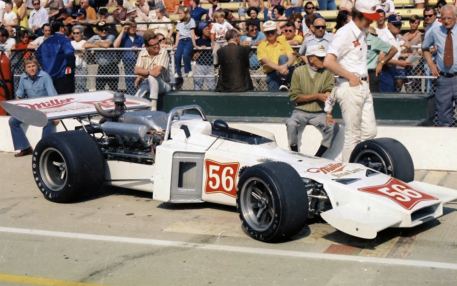 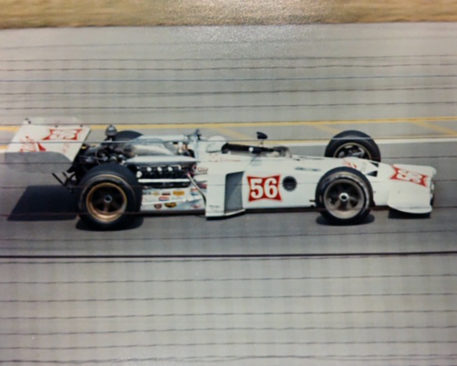 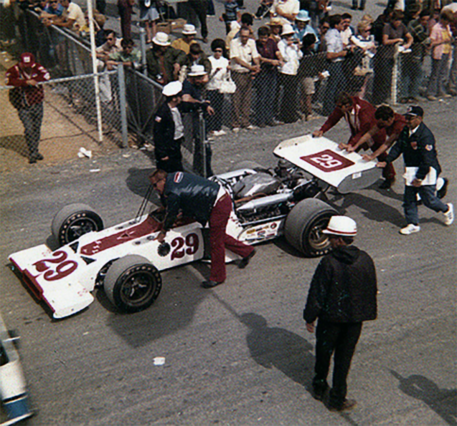 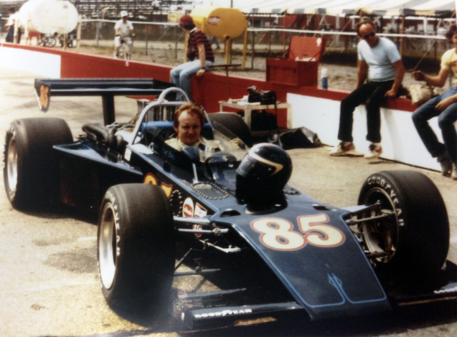 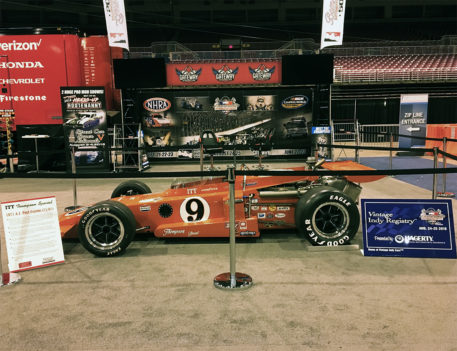 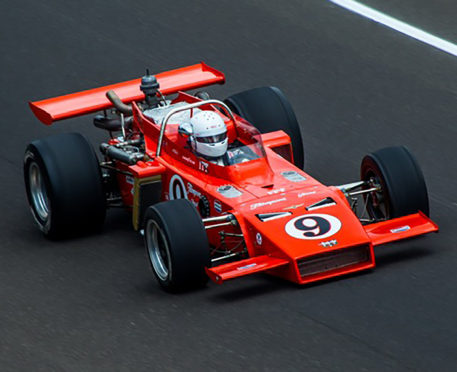 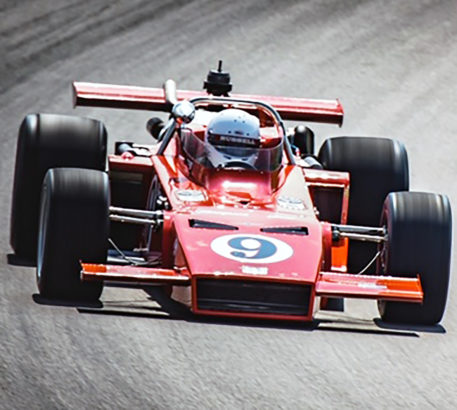 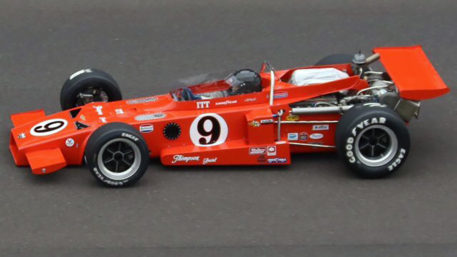 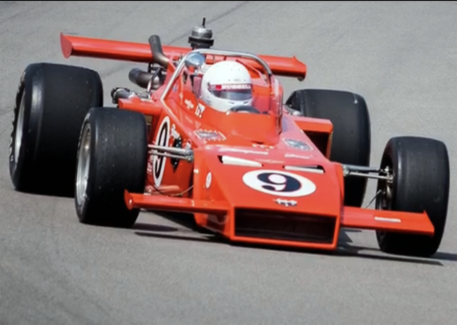 Hall of Fame Collection has been proud to represent many significant race cars in the past including Ayrton Senna’s Lotus, Jeff Gordon and Jimmie Johnson’s Nascars and Alexander Rossi’s 2016 Indy 500 winning car. Today we are proud to represent what many folks like to call “The Million Dollar IndyCar”.

This stunning Coyote was built for legendary American open-wheel driver A.J. Foyt for his 1971 USAC IndyCar Series campaign. It was a new car for the season and designed by Bob Riley (Riley & Scott Cars, Inc). Riley worked at Ford early in his career and had contributed to the suspension development program on the 1967 Le Mans-winning Foyt/Gurney GT40. It was Riley’s first attempt at designing an IndyCar and the car would go on to record a victory in its first season of competition. This would  also be the first season that aerodynamic wings were added to the cars during development and testing at Indianapolis. Bob Riley’s book, ‘The Art of Race Car Design”, has Chapter 5 dedicated solely to the history of this car’s design and development.

At the 1971 Indy 500 Foyt, driving this chassis, qualified in sixth position on the outside of the second row with a four-lap average speed of 174.317 miles an hour and would go on to finish third in the race. This chassis competed in nine of the twelve races during 1971 as the #9 ITT Thompson Special car, winning the second race at Phoenix in October and securing five top-5 finishes. Foyt finished second in the USAC Championship to Joe Leonard, who ran eleven races. Foyt’s teammate in 1971, Donnie Allison, drove a second similar Purolator sponsored car (71/02) and would finish sixth at the Indy 500 that year.

In 1972 the chassis was driven by Foyt for one race only, the first race of the season at Phoenix as the #2 ITT-Sheraton car, while Foyt was awaiting the design of his new car from Riley. The car was then driven by Jim Hurtubise and liveried as the #56 car sponsored by Miller High Life for the next two races of the year, finishing 13th at the Indy 500. The car was then sold to MVS Racing and was driven for the remainder of the season by long term Foyt associate George “Ziggy” Snider, who’s best finish was sixth at Michigan. The chassis was acquired by Steve Ball and ran at Pocono under the #85 and finishing 14th. Its final outing was at the 1982 Indy 500, sponsored by B & G Racing and driven gain by Steve Ball. The car now had a Chevrolet engine power plant which made the car uncompetitive and failed to make the qualifying speed.

The car was restored to it’s original 1971 Indy 500 configuration and livery in 2016/17 by Rick Duman’s Turn 4 Restorations in Indianapolis. It has since been run at the Indianapolis Historic Exhibition in 2017 and 2018 (on Indy 500 weekend) and the IndyCar Registry event at Gateway Motorsports Park in 2018. It was also displayed on the Verizon IndyCar stand at the 2018 St. Louis Auto Show. The car’s engine package consists of a fully restored turbo-charged Ford 4-Cam and is propelled by a Hewland LG500 MKII transaxle 4-speed gearbox.

The car comes complete with many spares, a list of which will be made available to prospective buyers, as well as binders of multiple historic photographs, articles, and other supporting documents. Make no mistake this car is far from a show car as this beautifully restored IndyCar is available to run immediately in several historic events which have been lined up for 2020. All you have to do is bring your helmet! With so few privately owned AJ Foyt Racing Cars in the world, you don’t want to miss out on this once-in-a-lifetime investment opportunity.

Prospective buyers can also view the car in person. Please contact us at [email protected] for more information or to arrange your personal viewing appointment.