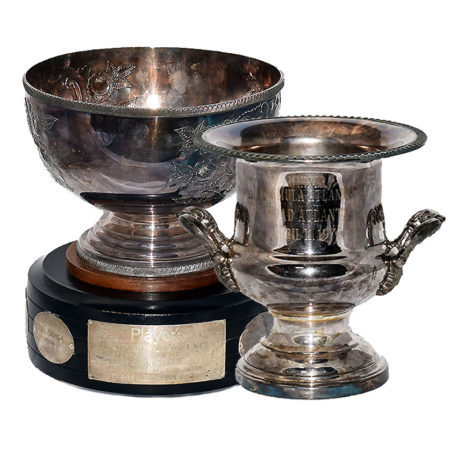 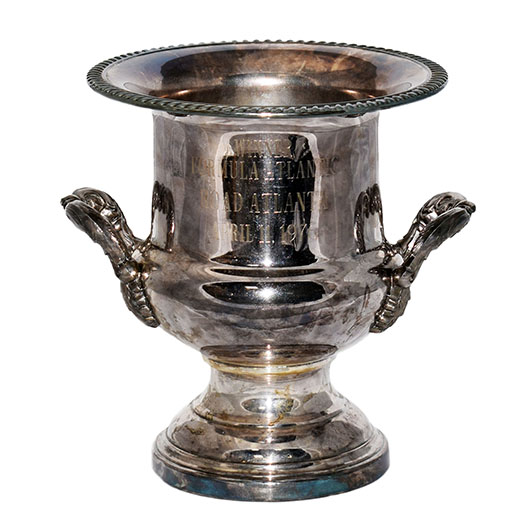 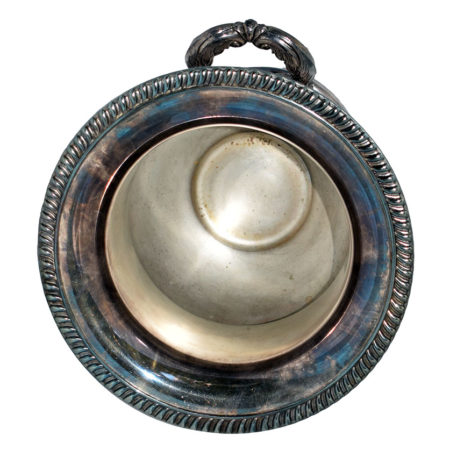 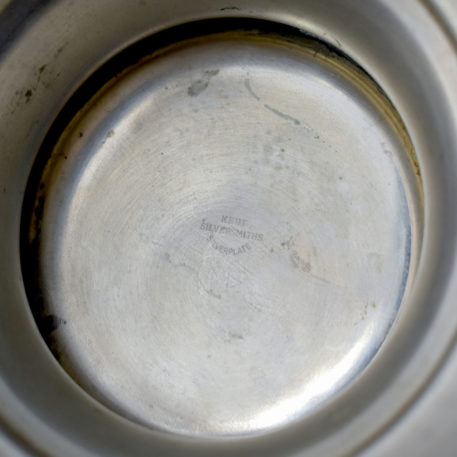 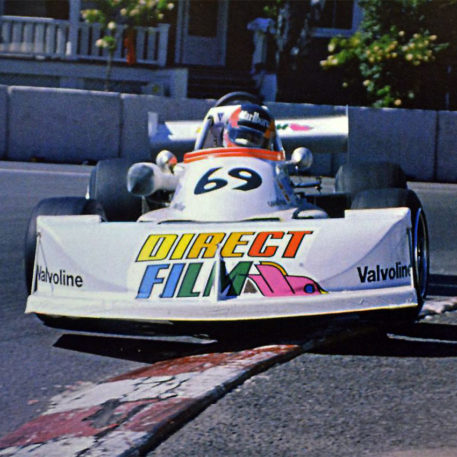 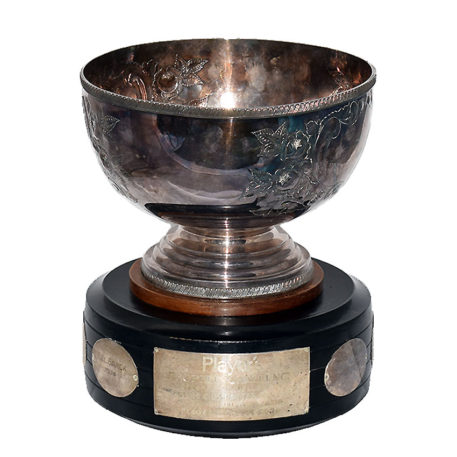 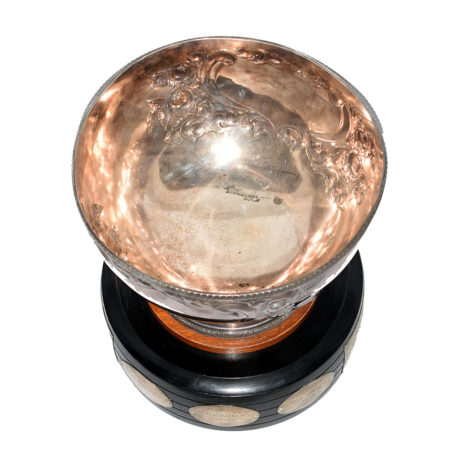 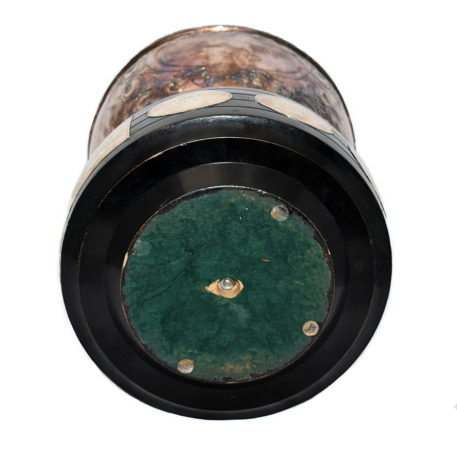 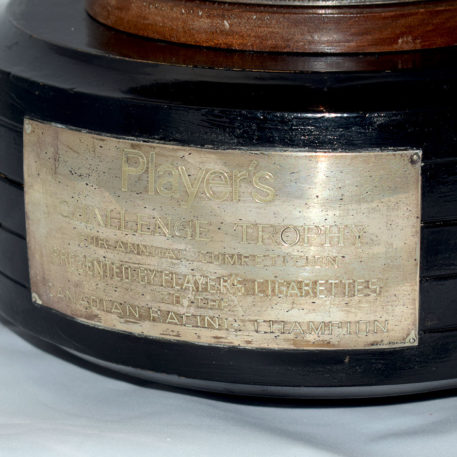 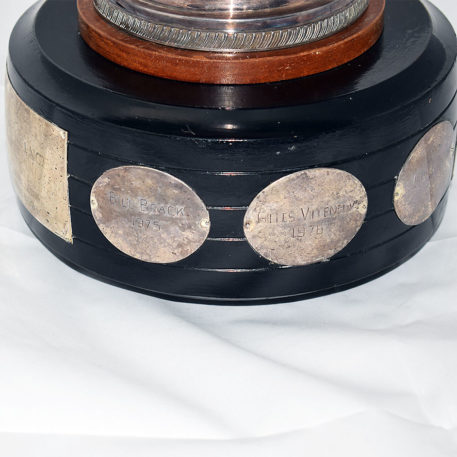 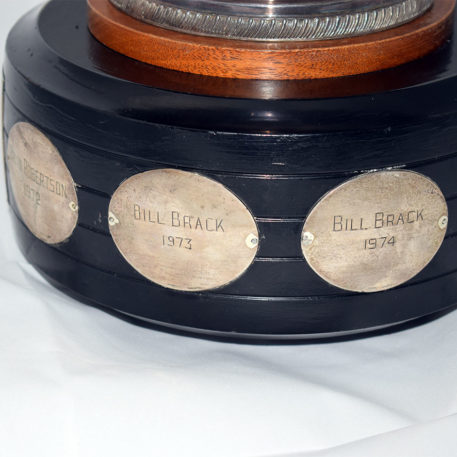 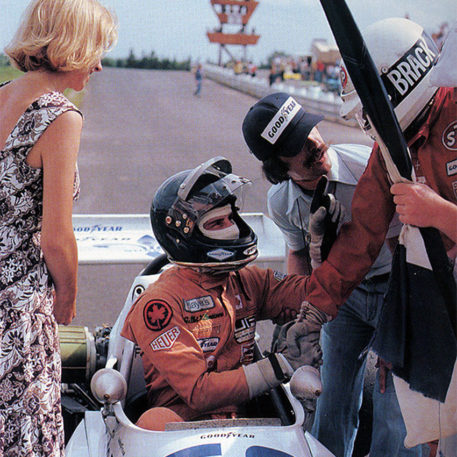 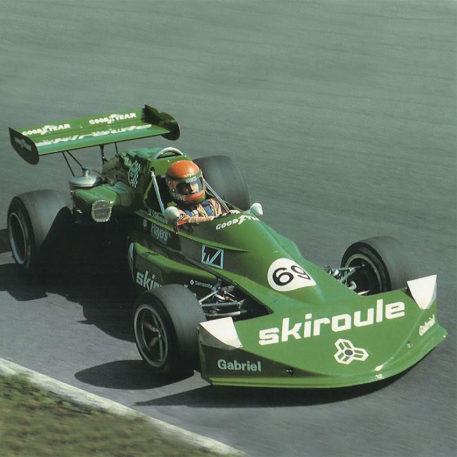 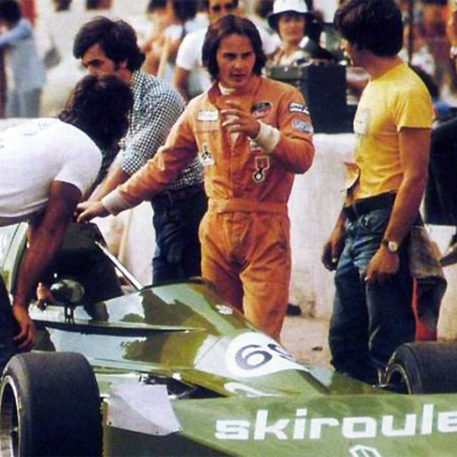 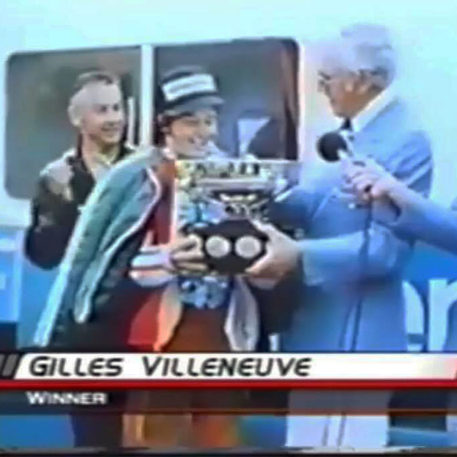 Formula Atlantic is a motor racing class for single-seat formula cars with engines not exceeding 1600cc in capacity. Before 1974 and prior to the Formula Atlantic category, this 1600cc class was formerly know as Formula B. Races for Formula B were held in the United States from 1965 up to 1972.

The first professional races run under Formula Atlantic rules in North America were conducted in 1974 by the Canadian Automobile Sport Clubs (CASC) in Canada drawing much attention and large fields due to its national Canadian TV television coverage. International Motor Sports Association (IMSA) in the United States took advantage of the large number of teams and organized its own series in 1976.

Gilles Villeneuve would dominated both the Canadian and United States versions of Formula Atlantic series for two season 1976 & 1977.

This first trophy in this set of two, was awarded to Gilles Villeneuve after winning the 1976 Formula Atlantic race at the Road Atlanta circuit in Georgia. Villeneuve won driving for the Ecurie Canada Team while competing in the newly formed United States IMSA Formula Atlantic Series. This race was the fifth of the seven race schedule for the Championship. Villeneuve had already won the first three races, This forth win confirmed Villeneuve as Champion and the first winner of the US title. The silver plated ‘Loving Cup’ trophy has a scallop design rim and two ornate handles. The inscription engraved onto the front reads ‘Winner Formula Atlantic Road Atlanta April 11 1976’. Villeneuve also won this Championship the following season. Approximate trophy dimensions are as follows, 10”(26cm) in overall height, with a 8.5”(22cm) bowl diameter -Weight 4lbs (1.8kg).

This second trophy was awarded to the Players CASC Canadian Formula Atlantic/Formula B Series Champion for the years 1971 to 1977. The silver plated ‘Punch Bowl’ style trophy has a floral design stamped around the bowl. Its rim and bottom stand edges have a scallop design. It is mounted on a round hard wood base that sits on a larger black painted wooden base which has the trophy’s title ‘Players Trophee Challenge ’ engraved plaque plaque attached. Also circling this black base are winners oval plaques engraved with the names of the winning drivers and year won. Approximate trophy dimensions are as follows, 12.5”(32cm) in overall height, with a 10”(26cm) bowl diameter -Weight 12lbs (5.4kg).

The winners of the trophy were; 1971 Jacques Couture, Jacques is credited for being the racing instructor who tutored a young Gilles Villeneuve on how to drive race cars.

1972 Brian Robertson, winner of Ontario Region and Canadian Formula Vee championships. He went Formula B racing in 1968 and had success both at home and in SCCA events in the United States.

The final winner of this trophy in 1976 & 77 was Gilles Villeneuve. After starting his professional career in snowmobile racing and having a season in Formula Ford, Villeneuve progressed to Formula Atlantic, competing there for four years, running his own car for the first season. He won his first Atlantic race in 1975 at Gimli Motosport Park in heavy rain. In 1976, teamed with Chris Harrison’s Ecurie Canada and factory March race engineer Ray Wardell, he dominated the season by winning all but one of the races and taking the US and Canadian titles. He won the both championships again in 1977. He was then offered a drive in Formula 1 with the Yardley McLaren team for the 1977 British Grand Prix. He was taken on by reigning world champions Ferrari for the end of the season and from 1978 to his death in 1982 only drove for the Maranello team. He won six Grand Prix races in his short career at the highest level. Villeneuve was extremely popular with fans and had widespread acclaim for his performances. He has since become an iconic figure in the history of the sport.