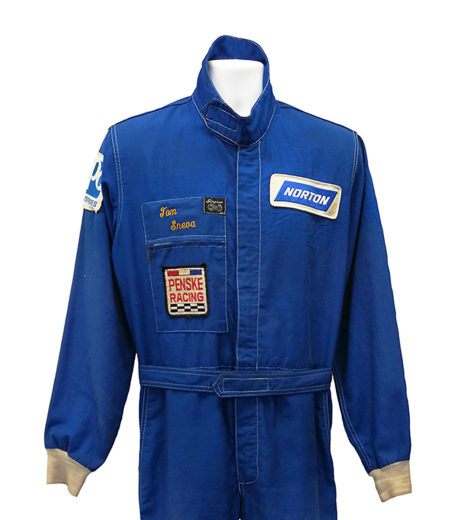 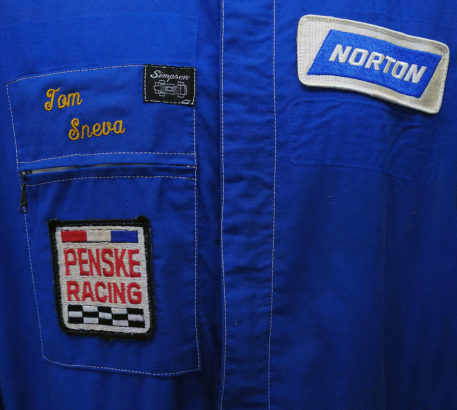 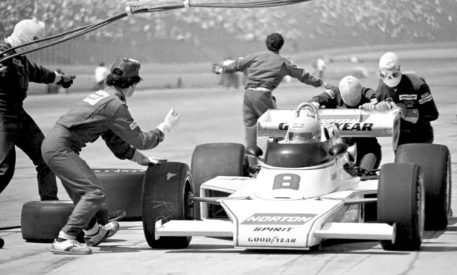 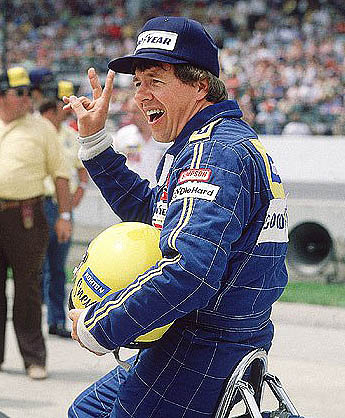 Racing suit believed to be a promotional suit made by Simpson Racing Products for Tom Sneva and worn at the Indianapolis 500 Expo held at the RCA Dome in downtown Indianapolis during the late 1970’s while Sneva was driving for Penske. In 1977 Sneva became the first driver to qualify for the Indianapolis 500 at a speed of over 200 mph or more. However, he finished the race in second place. Sneva also became the first driver in Team Penske history to win a USAC National Championship.

In 1978, Sneva didn’t win a single race but still managed to win his, and Penske’s, second consecutive USAC Championship. That year Sneva again finished second in the Indy 500. He would finally become an Indy 500 Champion in 1983.

This would be a great suit to add your display or collection.