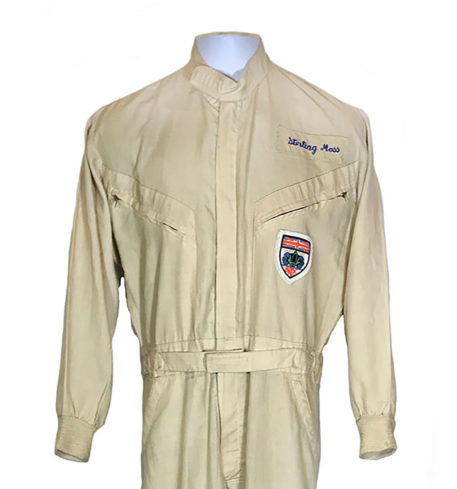 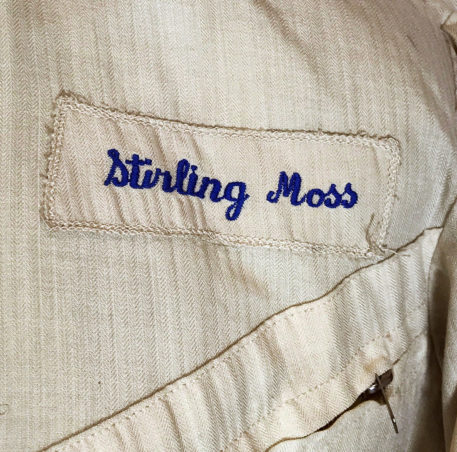 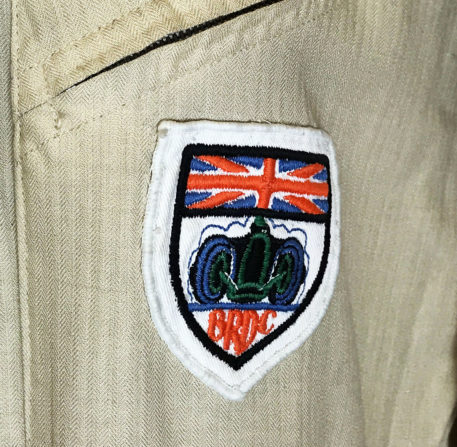 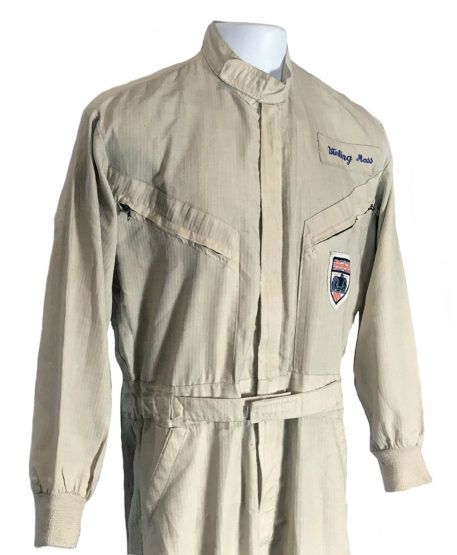 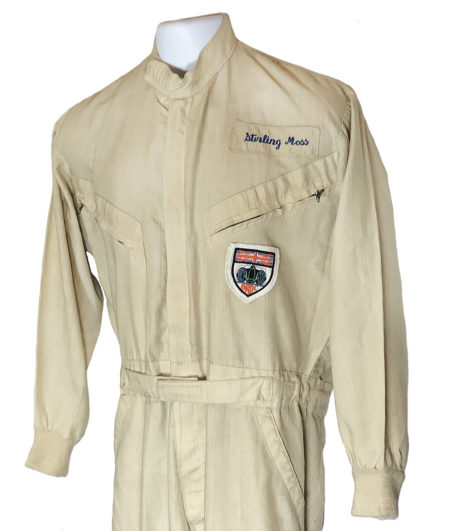 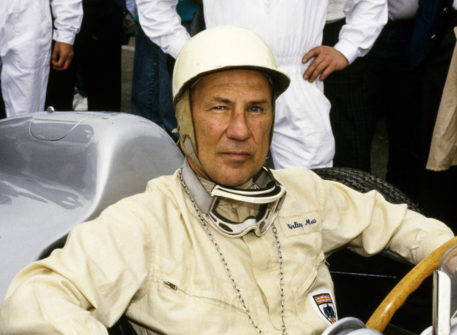 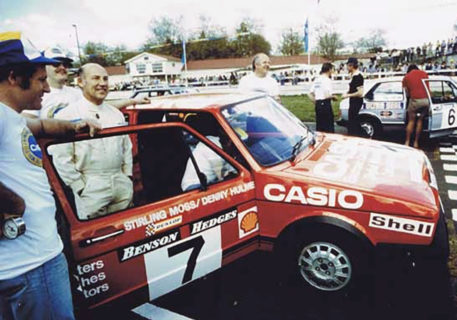 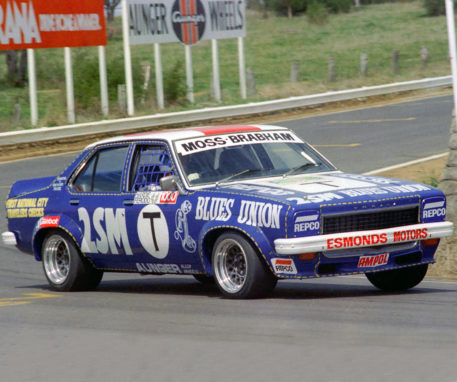 Race used suit worn by motor racing legend Sir Stirling Moss. Even though Sir Stirling stopped driving in Formula One in 1961, he never really officially retired from racing. He could not resist jumping back into fast cars and made a number of appearances in professional motorsport events during the late 1970s and early 80s. This included racing in the 1976 Bathurst 1000 driving a Holden Torana and the 1979 Benson & Hedges 500 in New Zealand where he drove a VW Golf. During the early 80’s Sir Stirling was also known to enter club racing, rallying events and was a regular at many historic/vintage racing festivals. This suit would have been used during many of these events.

This period-correct Paddy Hopkirk automotive accessories suit has Sir Stirling’s name added to the left chest as well as the British Racing Drivers Club (BRDC) shield that was ever-present on all of Sir Stirling’s race suits throughout his career.

Sir Stirling is undoubtedly one of the greatest drivers of all time and his race used items very rarely come onto the market. Making this very rare opportunity to acquire a personally used item of the legendary British driver.

The suit came directly from Sir Stirling’s family and comes with a signed Certificate of Authenticity.