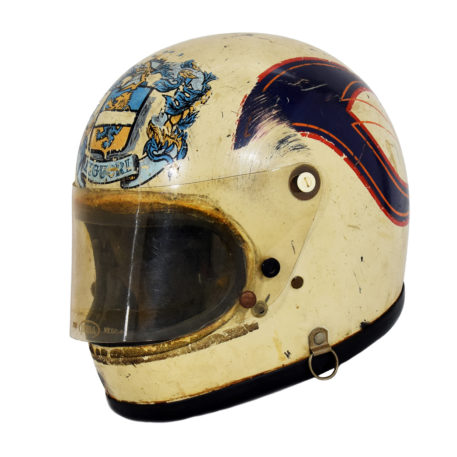 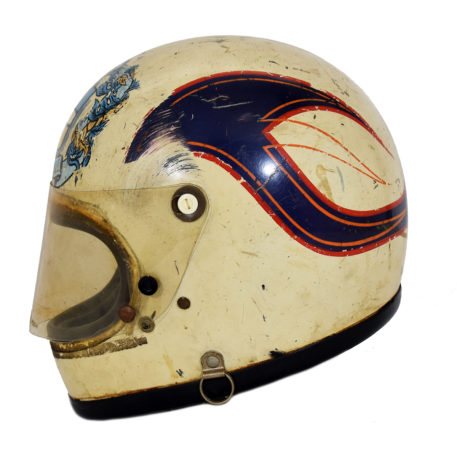 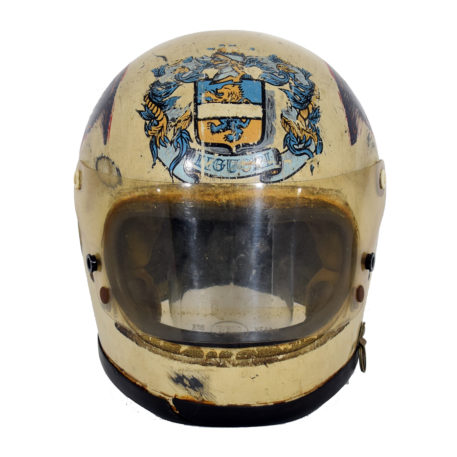 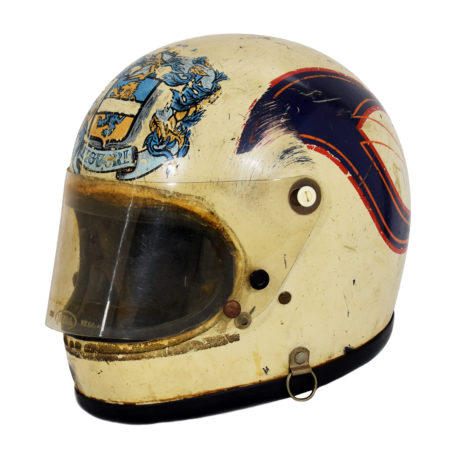 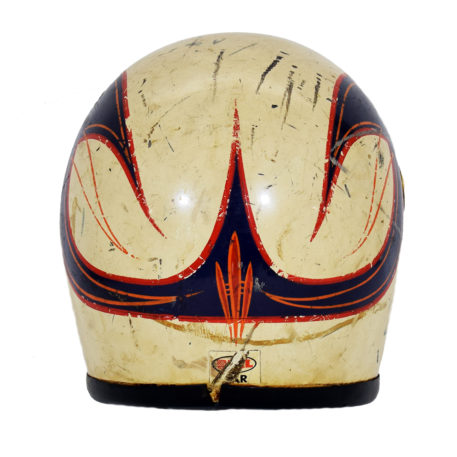 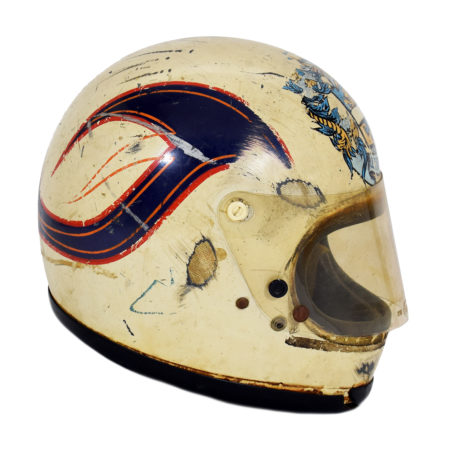 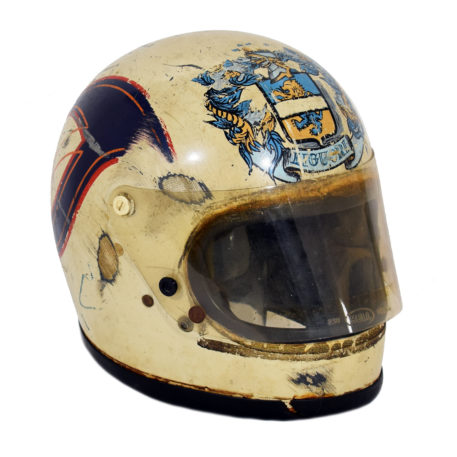 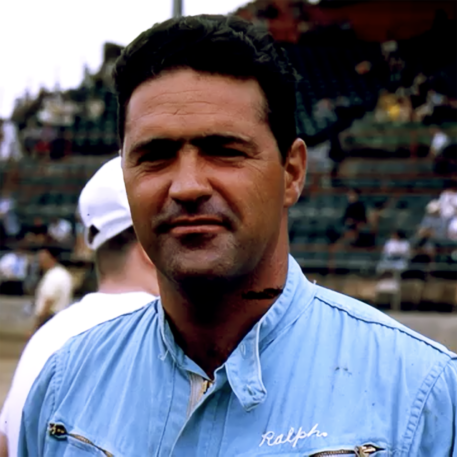 Race used helmet worn by Ralph Liguori. He is probably best known for his staggering 50 plus year career, his wretched luck at trying to qualify for the Indianapolis 500 and some spectacular Sprint car accidents.

He had countless Sprint Car starts as well as an astounding 61 IndyCar starts. After averaging a staggering 104 mph in a USAC sprint win at Langhorne in 1957, Liguori was offered a ride for the 1959 Indianapolis 500, but missed the show because the Maserati he was to drive was under-powered. He was set for a good ride in 1960 but suffered a broken arm at Trenton a few weeks before Indy 500 practice. He then crashed Andy Granatelli’s Novi in 1961 after the engine exploded. He finally had a decent shot in 1963. He qualified at 147.6 mph but was bumped by Dempsey Wilson at 147.8 mph. He crashed outdated cars in 1965 and 1967, and his final fling in 1968 ended with a blown engine during his refresher test. Shortly after that, in a sprint show at Eldora, he charged from last to first before flipping violently in front of a live audience on ABC’s Wide World of Sports. But in 1970, the 44-year-old veteran scored a win in a USAC sprint race at Williams Grove, beating Rollie Beale and Gary Bettenhausen, and then brought down the house at the Indiana State Fairgrounds when he passed A.J. Foyt for second place with three laps left in the Hoosier 100. He also competed in 76 NASCAR races during the 1950’s. Liguori was still driving into the late 1990s.

This great vintage Bell helmet would have been worn by Liguori during the early 1970’s. The white helmet has a ‘Liguori’ coat of arms hand painted on the top front. On the back and sides is a hand painted scalloped & pin-striped design in red and blue. The helmet shows extensive race wear.