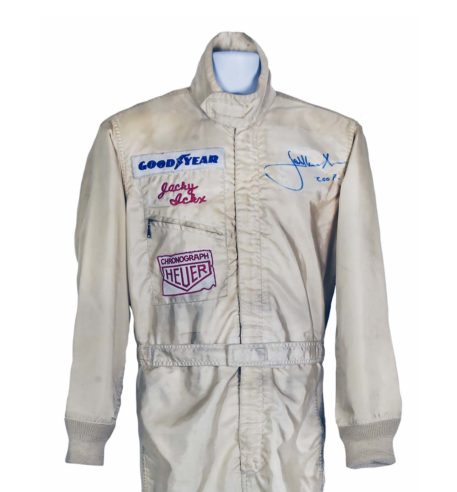 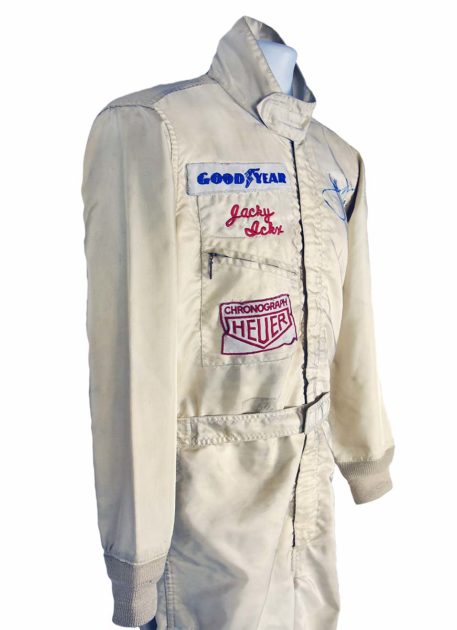 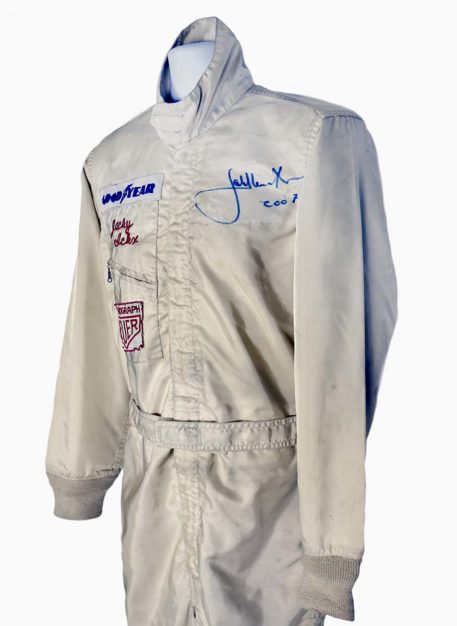 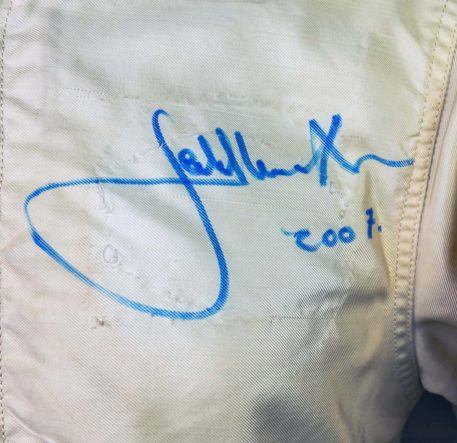 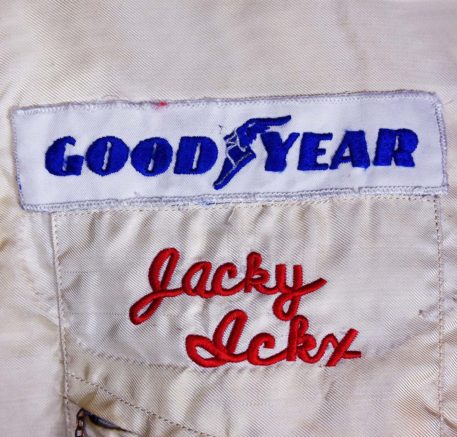 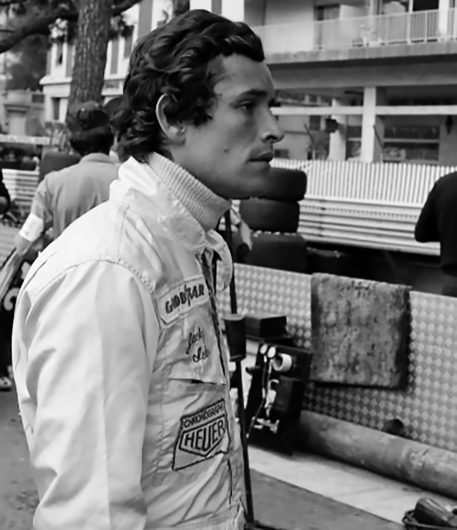 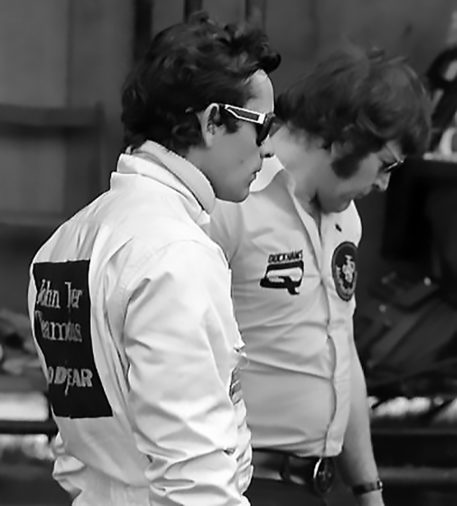 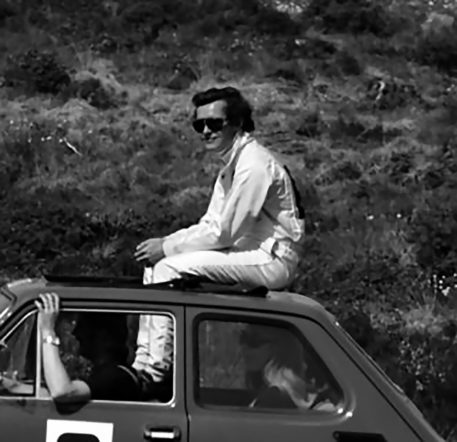 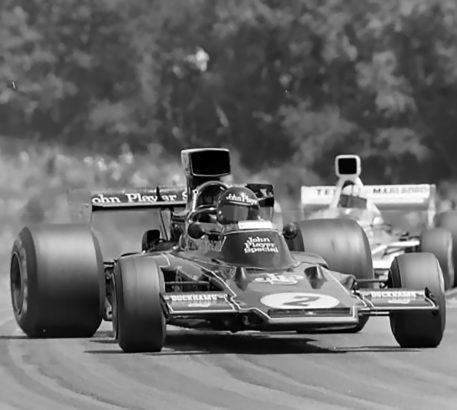 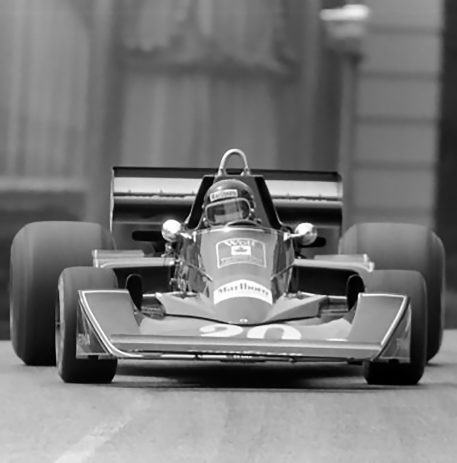 This vintage race suit was worn by Belgium’s greatest racing driver Jacky Ickx. The multi-talented Flemish racer began his career on motorcycles and won the European 50cc championship at the young age of 12. He quickly turned his attention to four-wheel racing, and by the age of 21 Ickx was driving one of Ken Tyrrell’s Formula 2 cars winning the championship in 1967. Graduating to Formula 1 he took his first Grand Prix victory in 1968 at the French GP driving for Scuderia Ferrari. In 1969, now driving a Brabham, he won both the German and Canadian Grands Prix and finished second to Jackie Stewart in the driver’s title. In 1970, back in a Ferrari, Ickx won the Austrian, Canadian and Mexican GP’s, and again was runner-up to the title, this time behind Jochen Rindt, who won the title posthumously after a fatal crash at Monza. Ickx posted victories in eight Grand Prix races during his F1 career. He was also incredibly successful in sports cars and endurance racing, winning Le Mans 24 Hour six times, as well as winning at Daytona, Sebring, and Watkins Glen with co-drivers such as Mario Andretti, Derek Bell, and Brian Redman. Ickx also won the 1979 Can-Am Championship and the Paris-Dakar Rally in 1983.

This white suit was used by Ickx extensively during the mid-1970s. It has had many sponsor patches applied and removed from the suit over the years which can be verified by the old stitch marks still present on the suit. It has been photo-matched to being used in 1976 at most of the Grands Prix that season where he drove for the Williams, Wolf, and Ensign Teams.  It was also used during the 1974/5 seasons while Ickx drove with the Lotus JPS Team and most probably in many sports car events around this period. It has a Goodyear tire patch on the right chest and a Heure Chronograph patch on the right zipper pocket. As mentioned the left side chest has many marks where previous patches were attached. The back of the suit has stitch marks where a large Lotus JPS patch would have been attached. Jacky Ickx has personally signed the suit on its left chest in blue marker pen.

This is a very rare chance to acquire this fabulous piece worn by a driver that many think should be considered one of the true legends of motorsports.