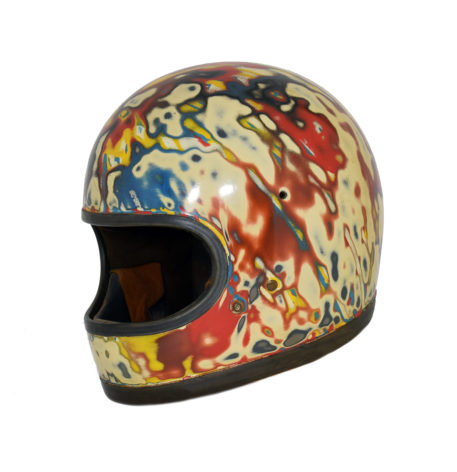 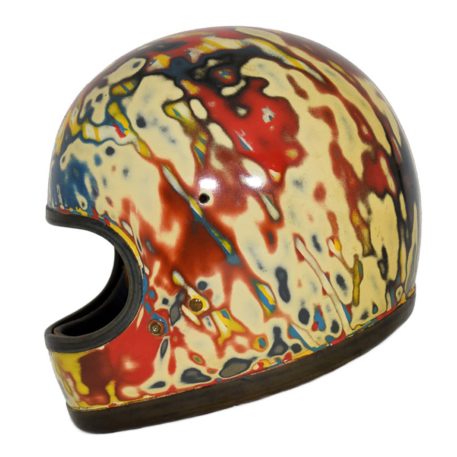 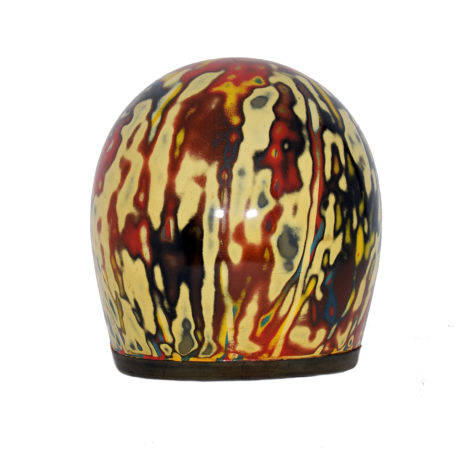 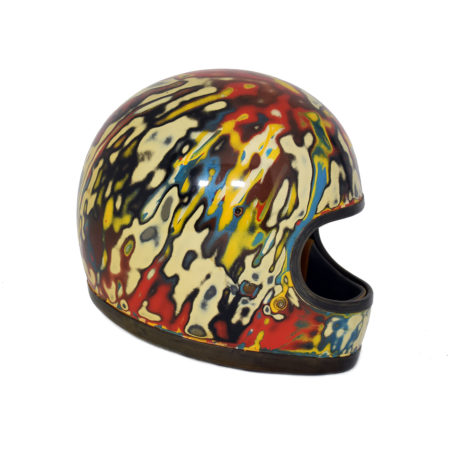 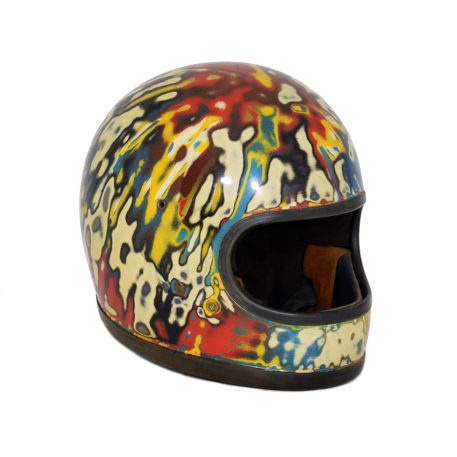 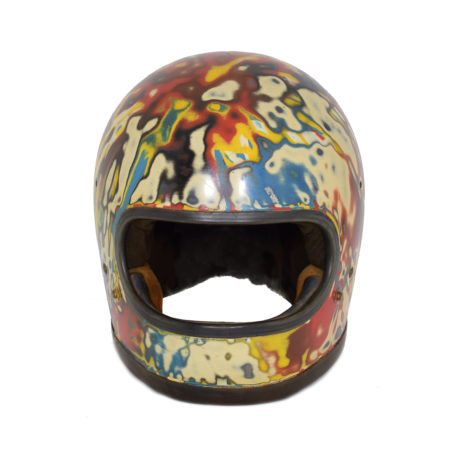 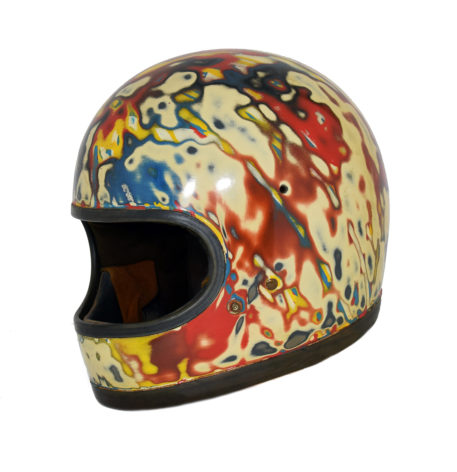 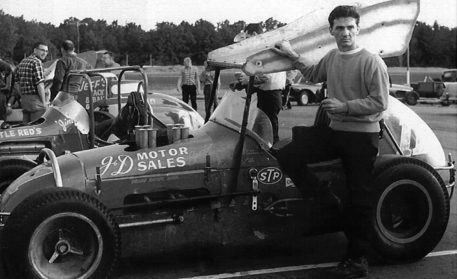 Helmet worn by Cy Fairchild during the early 70’s.  Fairchild never changed a tire, never turned a wrench and never owned his own race car. He left home to travel America at an early age, but by his late teens he was a race car driver for hire. He started his racing career in 1952, racing coupes in short track racing before progressing to super-modified cars. But it was in Sprint and Midget cars that he was at his best. Arguably his best win was in 1967, winning the Little 500 Sprint Car race. Fairchild won six different track championships in one season on his way to winning 54 ‘Features’ (main events) in Sprint car racing. During the 1950’s he would win 52 or more ‘Features’ in four seasons including a streak of 26 in a row. In the 1960’s, Fairchild was consistently one of the best USAC drivers competing against the top drivers of that era. He even drove for the legendary AJ Foyt in the late 60’s and early 70’s. He finally hung up his helmet and goggles for good in 1971 and decided to go back to farming. Due to his good looks, he appeared in many TV commercials and had bit parts in Hollywood movies.He later worked as a promoter for the Tri-City Speedway in the 1980’s alongside his duties at his cattle farm.

This early model full face helmet is probably one of the last helmets used by Fairchild. It has a period multi-color ‘psychedelic’ design. It is missing its visor and fittings but this doesn’t detract from the characteristics of this fantastic piece of Sprint Car racing history. The helmet still retains its 1970 Snell sticker.

This helmet comes from the world famous Ron Burton Helmet Collection. Since the mid 1960’s, Burton has been known as Indianapolis’ most famous artist when it comes to original paintings in Motorsport. Many drivers swapped helmets with Ron Burton for one of his paintings and his helmet collection sat on display for years in the Union Jack Pub. Don’t miss your opportunity to own one of these famous and rare helmets from this fantastic collection.

The helmet is form the Ron Burton Collection and comes with a Certificate Of Authenticity.