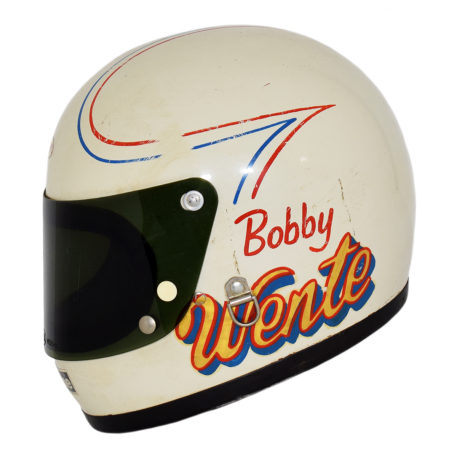 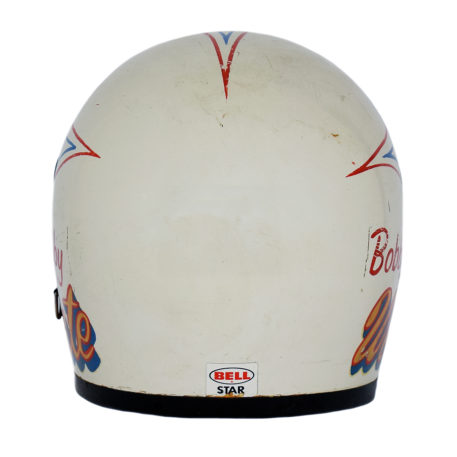 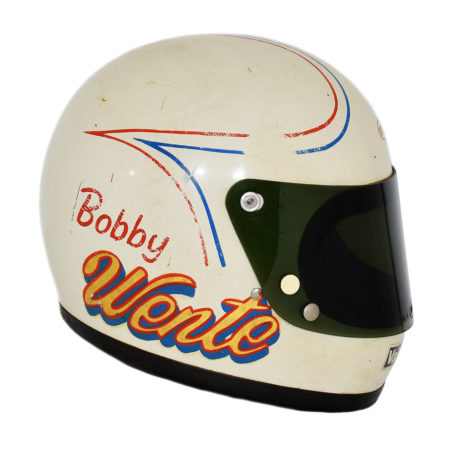 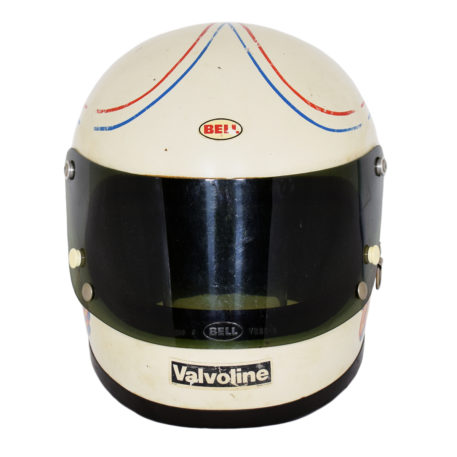 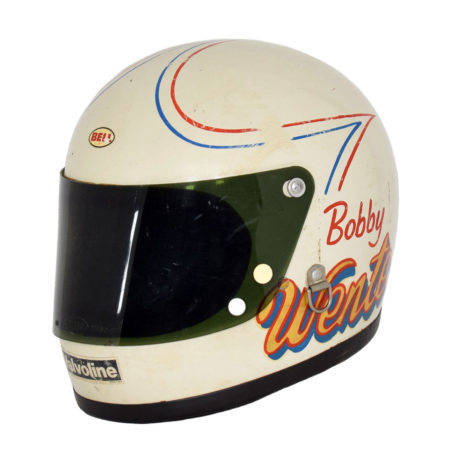 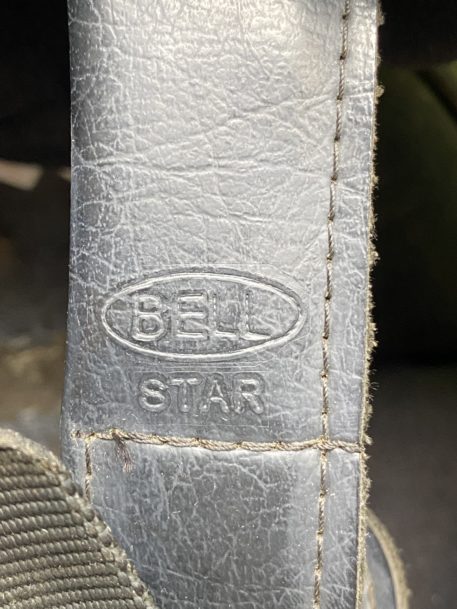 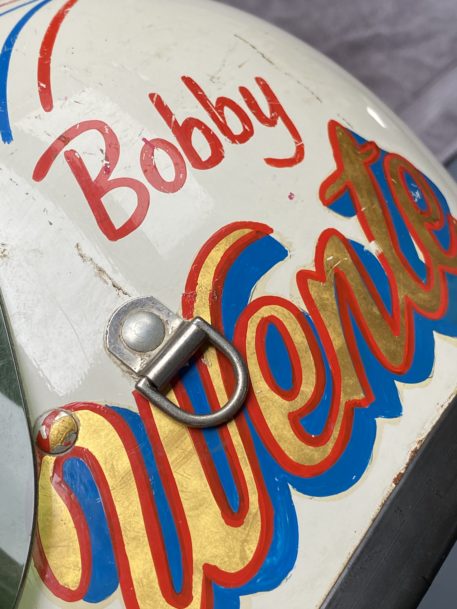 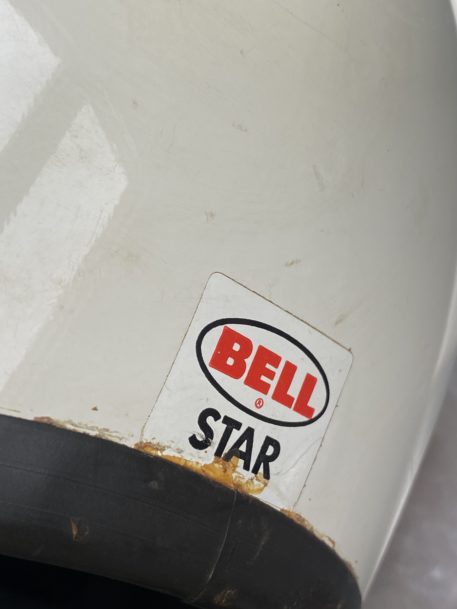 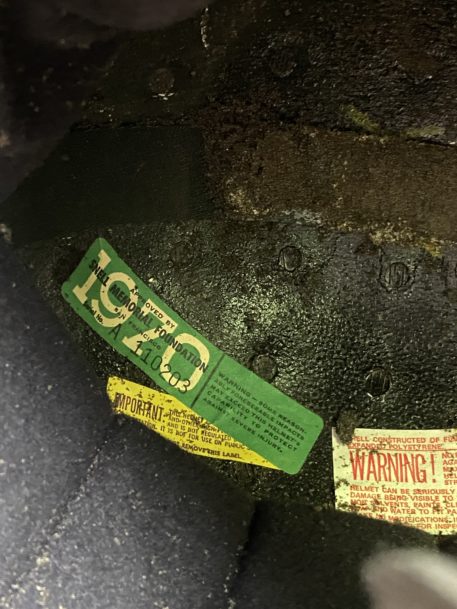 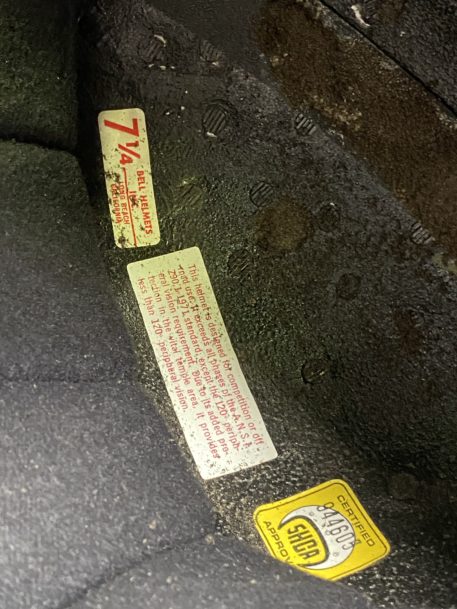 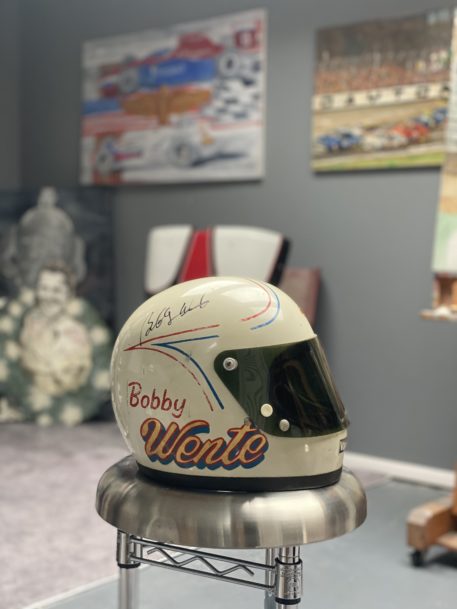 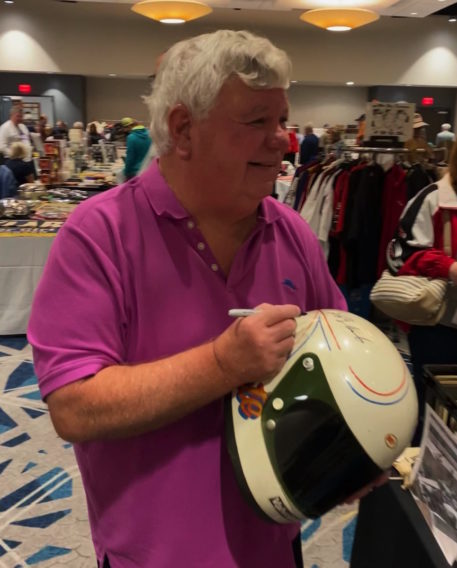 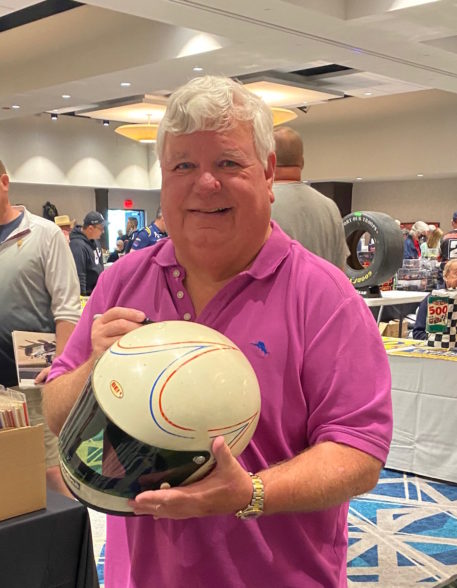 Race-used helmet worn by USAC Midget driver Bobby Wente during the 1970’s. Bobby was the son of veteran driver Bob Wente and Brother to Terry Wente. Bob had a dozen IndyCar starts including one at the 1964 Indy 500. They all raced in the USAC Midgets series with the family-owned race team. This white Bell Star helmet was used on the short oval tracks in the Indiana area (Terre Haute, Allen County). It has red and blue scalloped pinstriping on the top and sides with Wente’s name on both sides in red, yellow and blue. There is a Valvoline decal applied to the chin and comes signed by Bobby Wente.

The helmet comes from the collection of Ron Burton, a famous motorsport artist from Indianapolis. Burton had many friendships with drivers from the 1960’s on wards and often traded drivers his original artwork in return for one of their helmets. This is a great opportunity to acquire one of these fantastic original race used helmets from the Ron Burton Collection.

The helmet has since been signed by Wente and comes with a Certificate Of Authenticity. 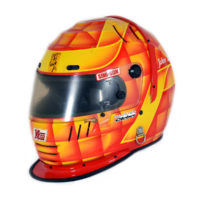 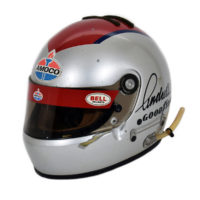 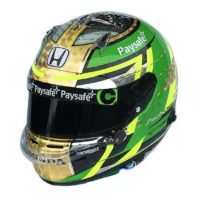 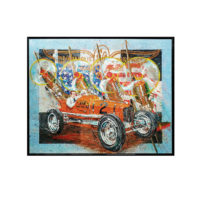