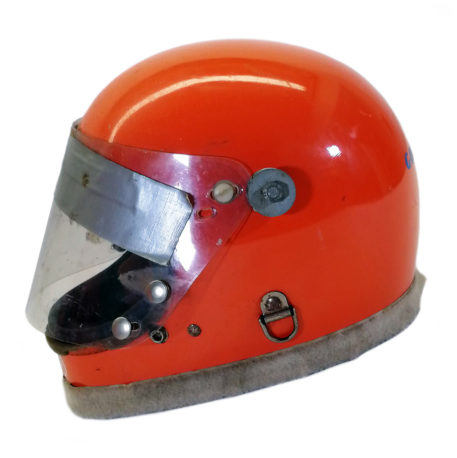 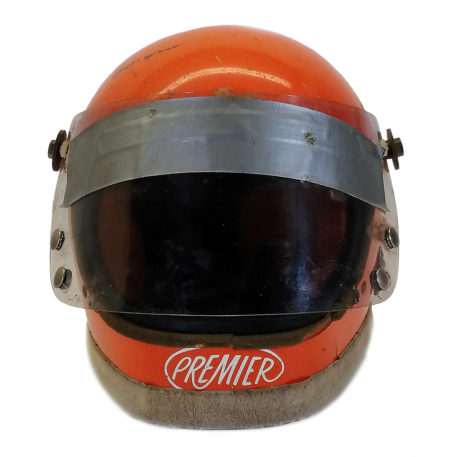 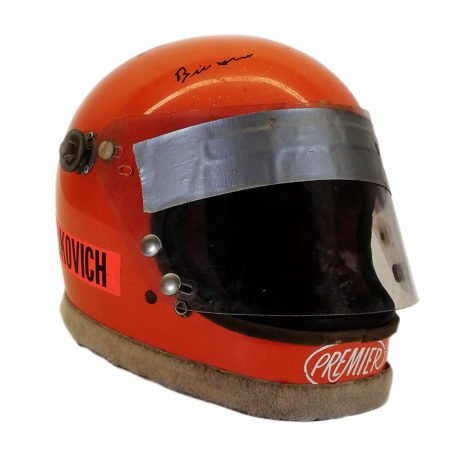 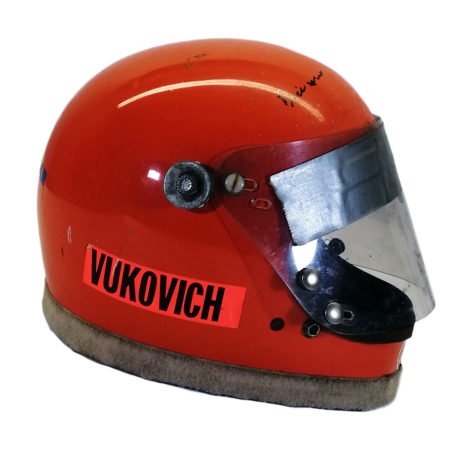 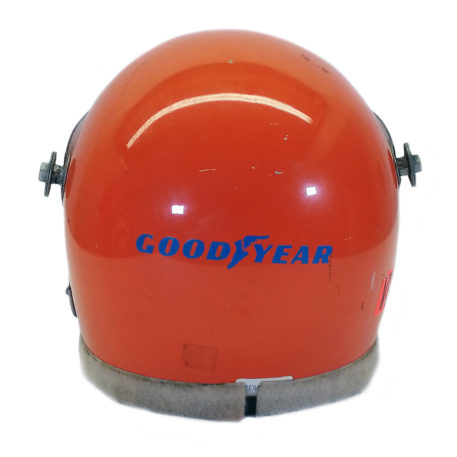 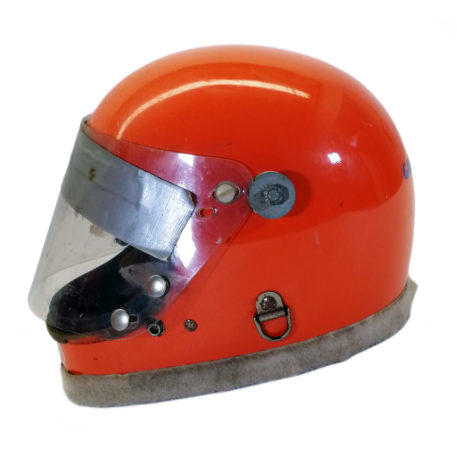 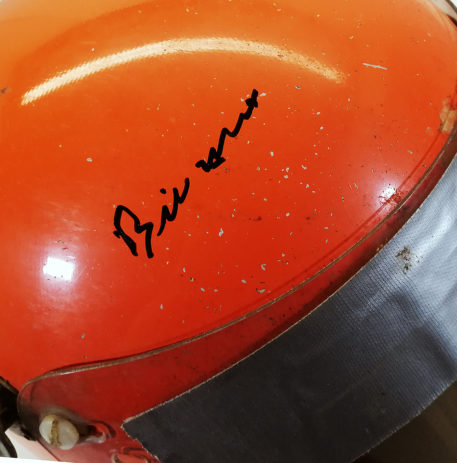 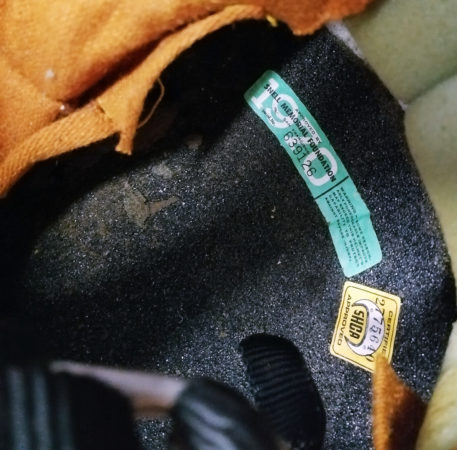 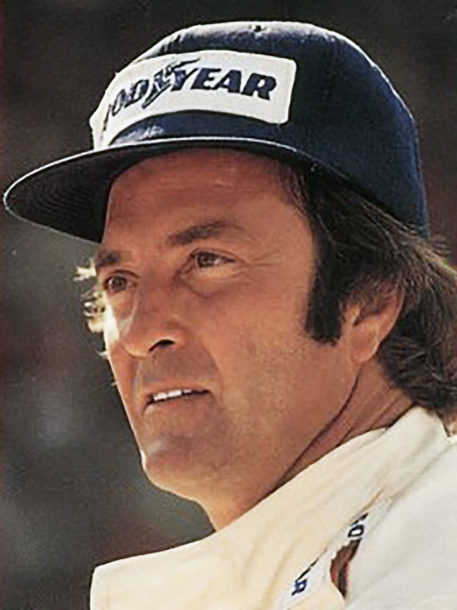 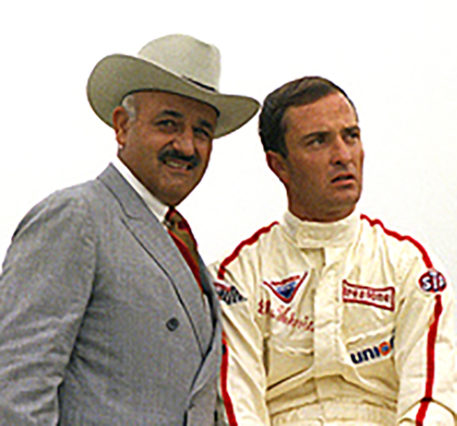 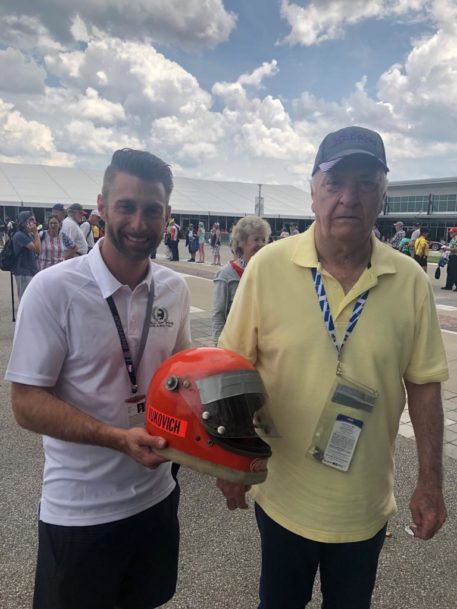 Helmet used by Indy, Sprint and Midget car driver Bill Vukovich Jr., son of the late Bill Sr. and father of the late Billy (III).  He was named the 1968 Indianapolis 500 Rookie of the Year. Vukovich raced from 1965 through to 1982, having 158 combined career starts, including twelve Indianapolis 500 starts. He finished in the top ten 85 times including many on the podium, with one victory in 1973 at Brooklyn. He also had 23 National Midget Car victories in his career and drove for much of his career in J. C. Agajanian’s midget cars. He was inducted in the National Midget Auto Racing Hall of Fame in 1998.

This red-orange helmet was used sometime during the early to mid ’70s where Vukovich Jr. spent most of this period driving IndyCars. This may have been converted for later use in dirt track racing due to the extra heavy visor pivots added to the helmet. It also has Velcro around its bottom edge in order to attach the flameproof neck protector.  Vukovich Jr’s. name is on either side printed on period paper stickers. The visor still has its silver sun-block duct still applied. The helmet has been personally signed by Bill Vukovich Jr. and represents a great opportunity to acquire a helmet worn by a member of the legendary Vukovich racing family.