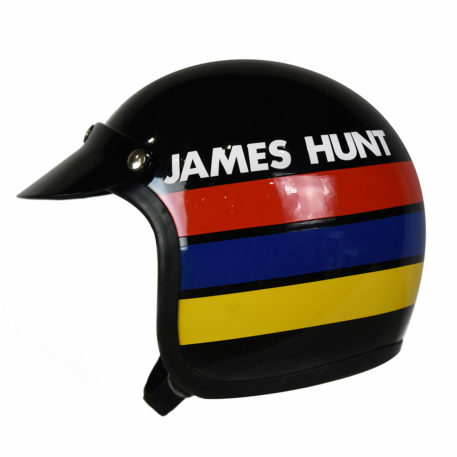 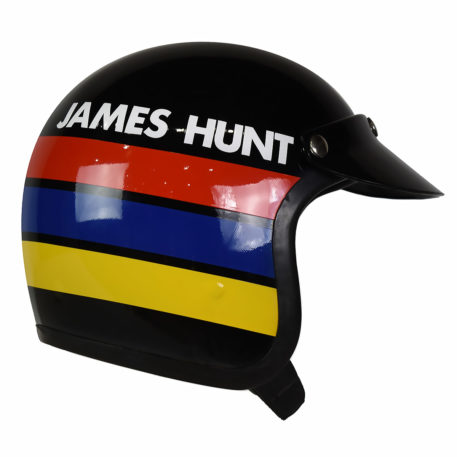 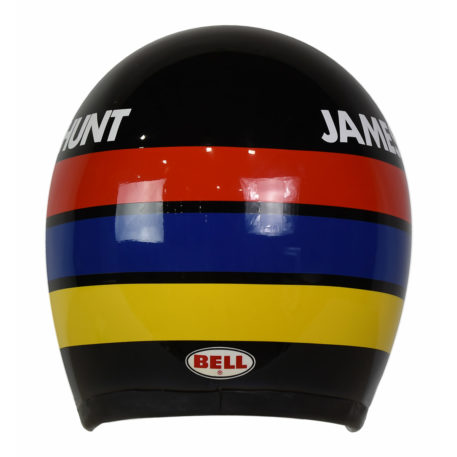 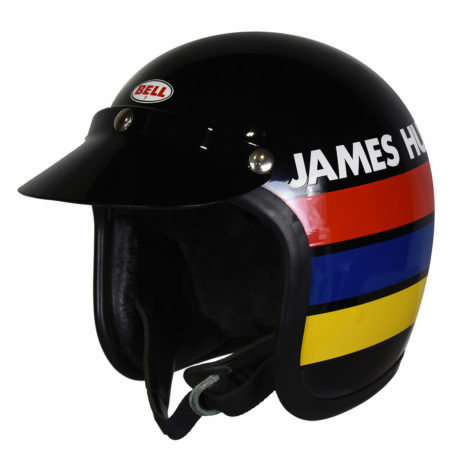 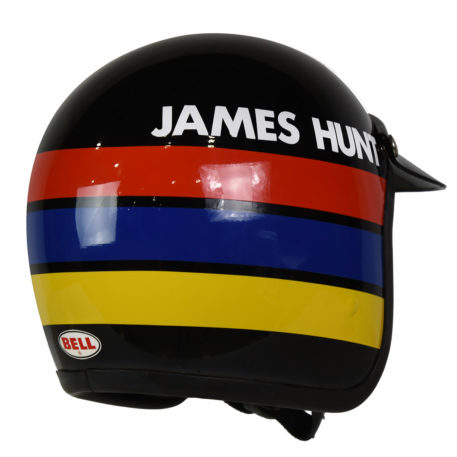 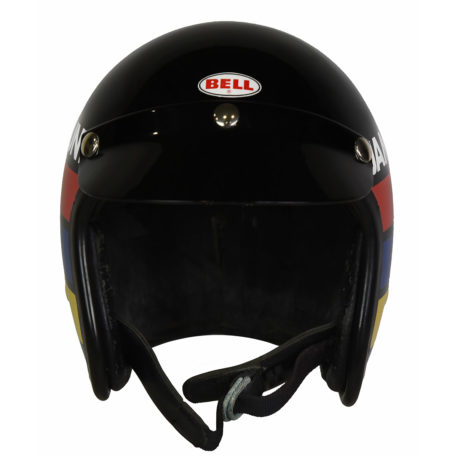 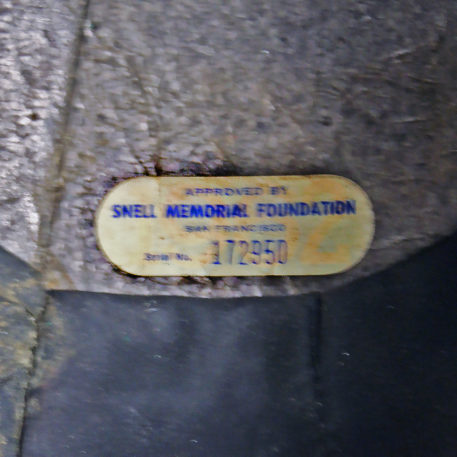 Bell Toptex helmet worn by Formula One racing legend James Hunt during the very early period of his career. This helmet has a 1962 Snell and was used through the late ’60s and into the early ’70s when Hunt was competing in Formula 3 races. Around this time Hunt was invited by his good friend and British Saloon Car Championship driver/owner Jeremy Nightingale to drive his Group 2 Hillman Imp in some events, including a supporting race for the 1970 British Grand Prix at Brands Hatch. Hunt impressed many with how much quicker the car performed when he was in the driving seat.

After these events Hunt gifted Nightingale this helmet as he was switching to using a full-face helmet. When Hunt’s career took off in Formula 1 Nightingale, who was now restoring race cars, repainted the plain white Bell helmet with Hunts iconic design of a black base color with individual red, blue and yellow-colored bands. These bands, representing Hunt’s Wellington College School, run around its middle and are topped off on each side by Hunt’s name in white lettering. The helmet was obtained directly from Nightingale’s collection.

This is a great opportunity to own a race-used helmet from a Formula 1 World Champion and one of the larger-than-life characters of motor racing.