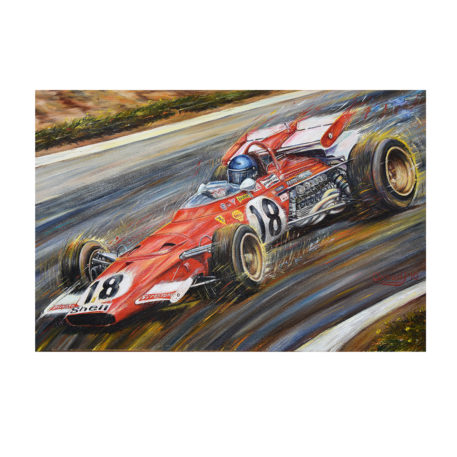 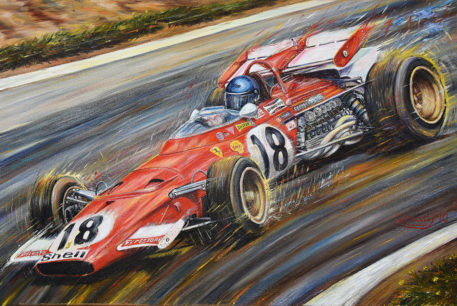 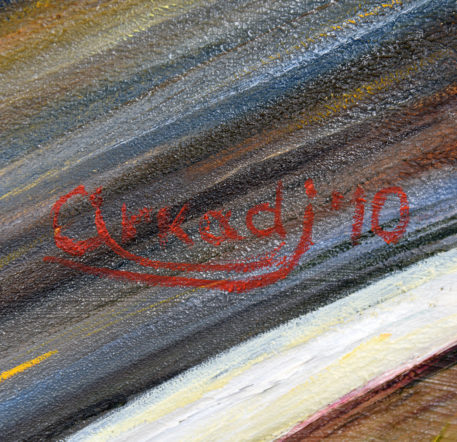 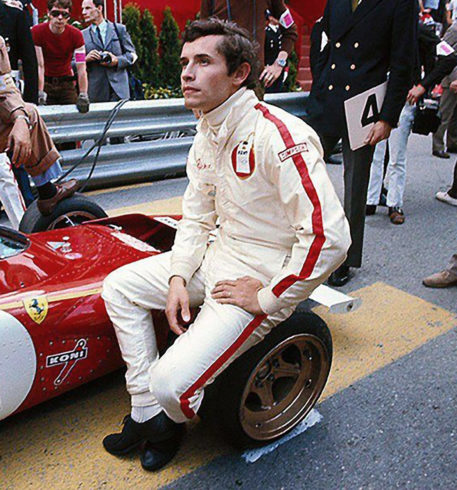 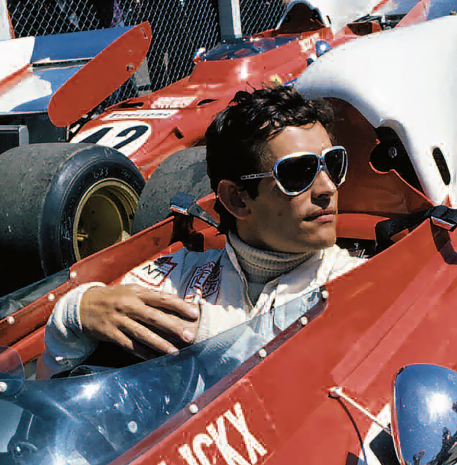 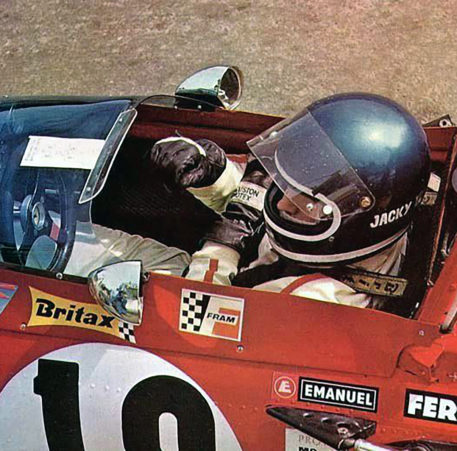 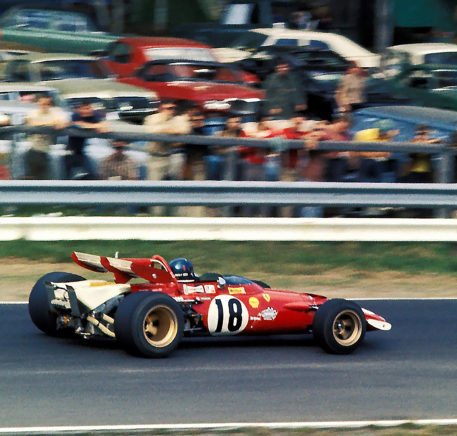 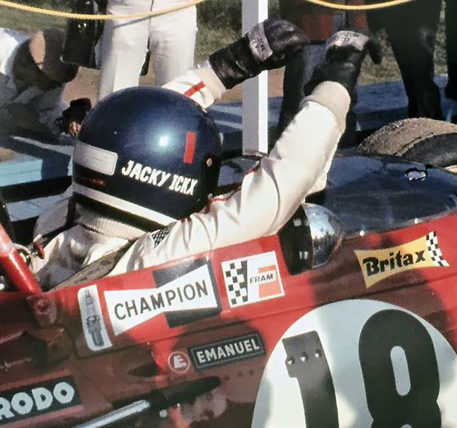 A superb artwork composed by Canadian motorsports artist Arkadi depicting Belgium’s finest racing driver Jacky Ickx manhandling his Ferrari 312B around the Circuit Mont-Tremblant track on his way to winning the 1970 Canadian Grand Prix. This was Ickx’s second stint with the Scuderia Ferrari team and by far his most successful. He not only won the Canadian event but also had victories at the Austrian and Mexican Grands Prix. With two other podium finishes Ickx would finish as a close runner up in the World Drivers Championship. Ickx is one of the most underrated drivers from the ’60s and ’70s eras and, with a little more luck, would probably have been crowned a Formula 1 World Champion. He was also an ace endurance Sportscar driver winning the 24 Hours of Le Mans six times, the Can-Am Championship in 1979 and the 1983 Paris–Dakar Rally.

This artwork is a side-on view Ickx’s Ferrari 312B car as he stands on its brakes entering a curve of the Quebec circuit. Its detailed abstract style emphasizes the speed and action of 1970s Grand Prix racing. Its medium is oil on canvas and its dimensions are 36 x 24 inches.

Arkadi, who grew up in Eastern Europe, had his first taste of motorsport as a child when his father took him to see an F3 race. From that day on he was hooked and as soon as he got home he was drawing the cars that gave him such a thrill. While attending races on a regular basis his painting and drawing skills would continue to improve. At Art School, while others painted still-lifes, he would start painting what truly inspired him racing cars in action.