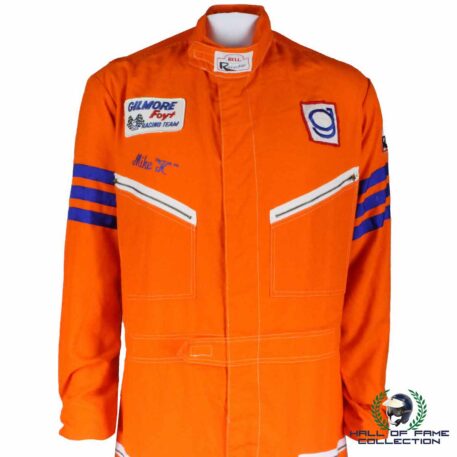 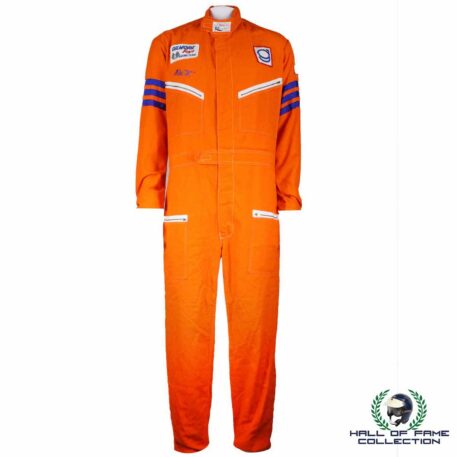 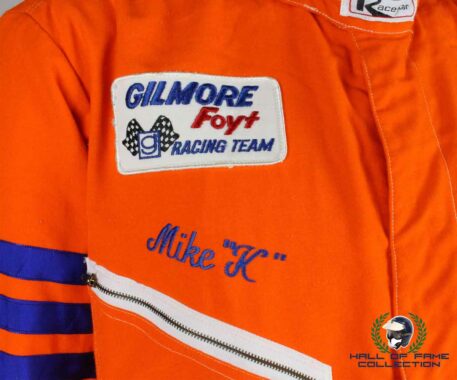 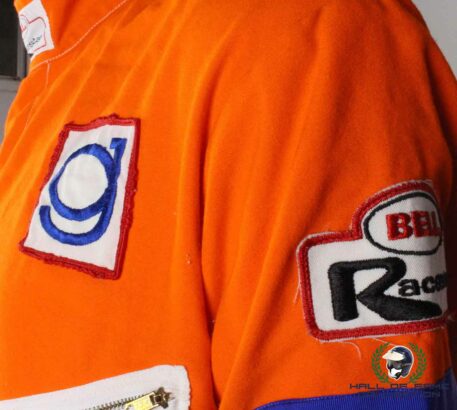 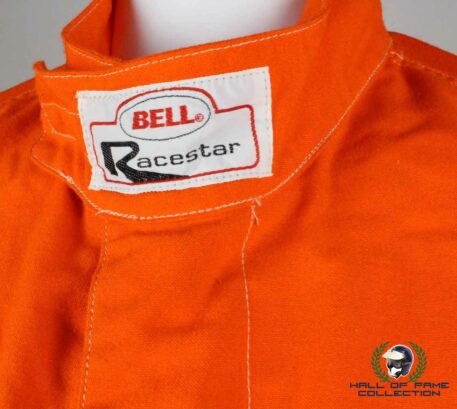 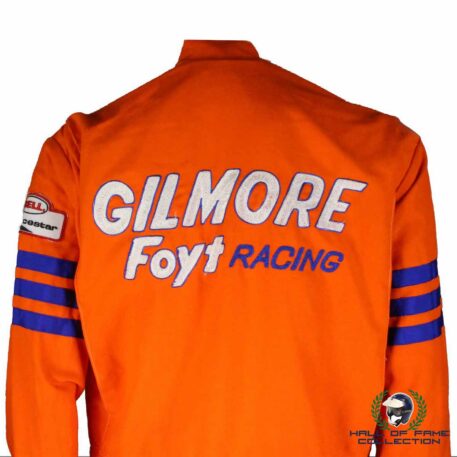 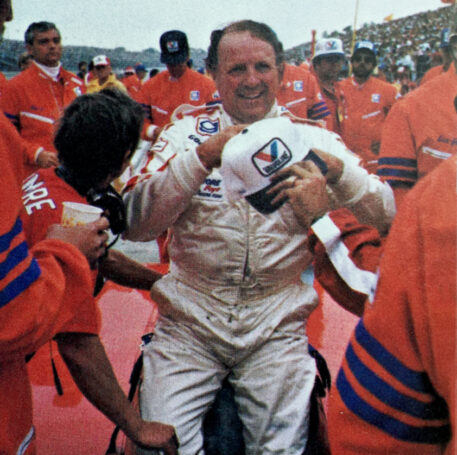 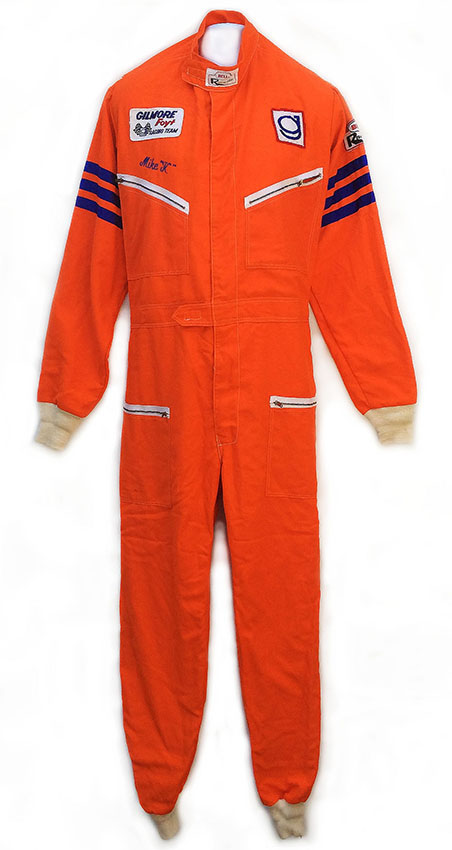 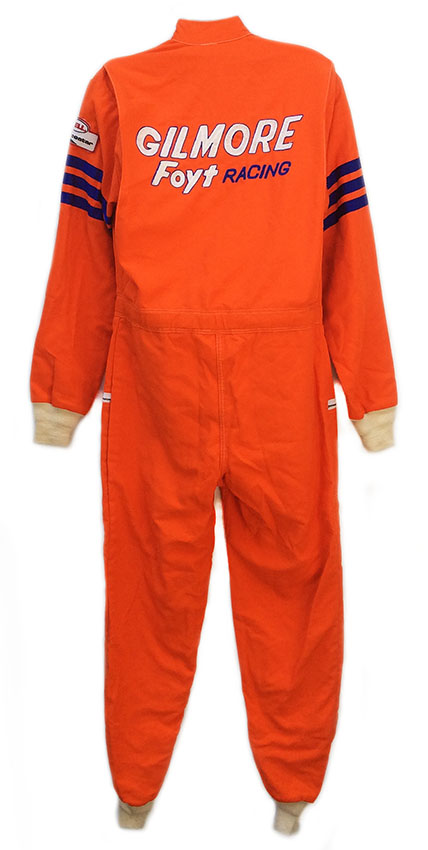 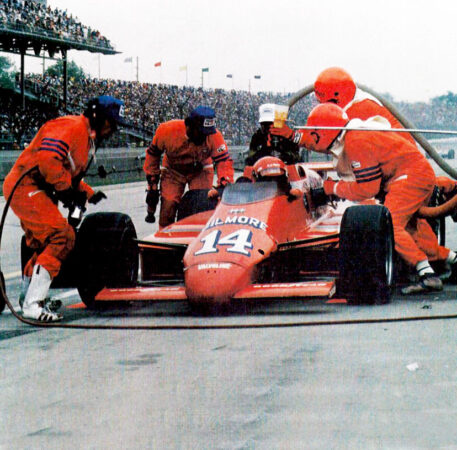 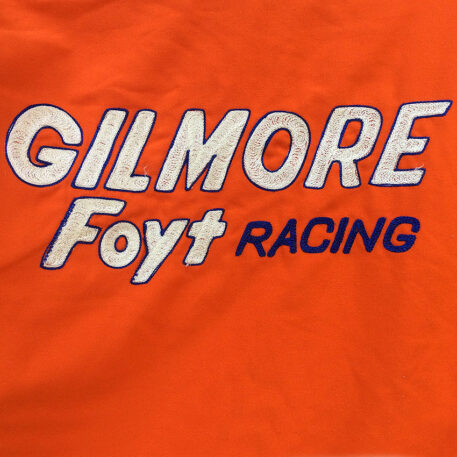 It was late in 1972 that A.J. Foyt lost his Sheraton Thompson sponsorship. Johncock encouraged Foyt to give Jim Gilmore a call regarding sponsorship and when Jim heard A.J.’s Texan drawl on the phone line he could hardly contain his excitement. Jim and A.J. quickly came to contract terms and the Gilmore Foyt team was born. But it was in his first year with Foyt that his former team driver, Gordon Johncock, won the 1973 Indianapolis 500. Gilmore felt elated for Gordy and confident of the future for the Gilmore Foyt team. It was in 1977 that the Gilmore Foyt team crossed the finish line ahead of 32 other racers and gave A.J. his 4th Indy 500 win. After A.J was presented the winners ring the next night, he took it off and handed it to Jim, saying, “Here, no matter what happens, you can say, this is something we did together.” Jim has never taken the ring off.
This bright orange suit can be seen in the Foyt pit durning that year’s Indy 500.
The pit crew suit comes with a Certificate Of Authenticity.