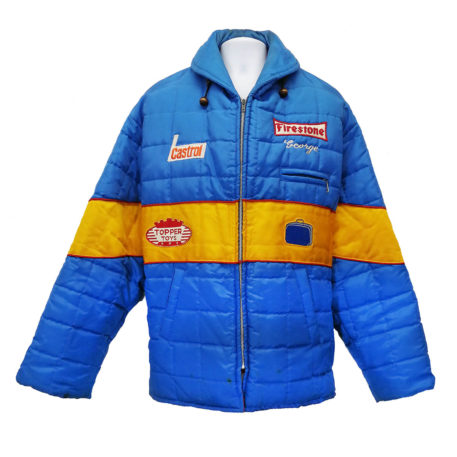 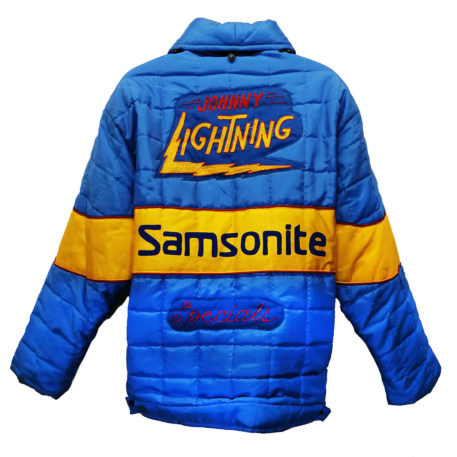 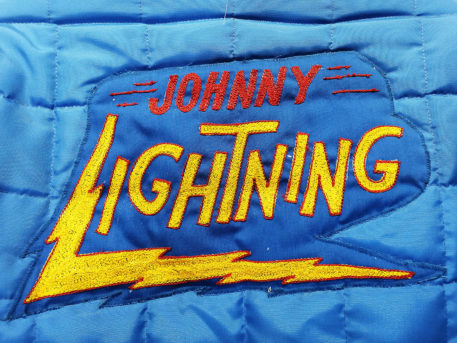 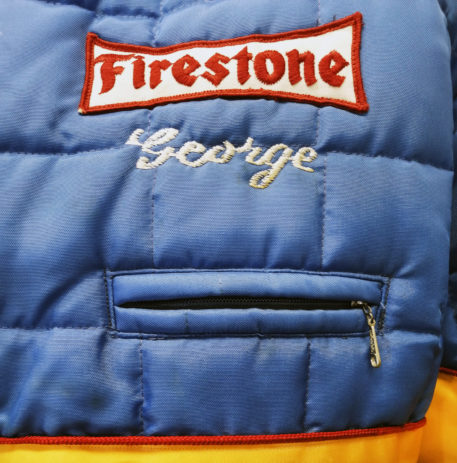 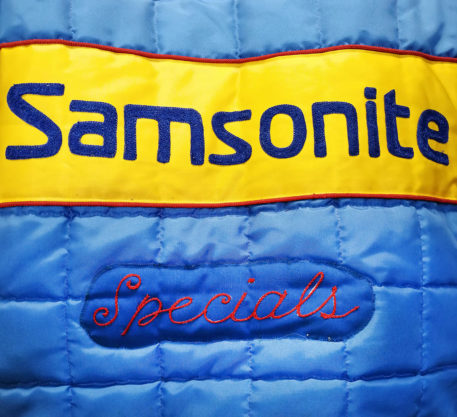 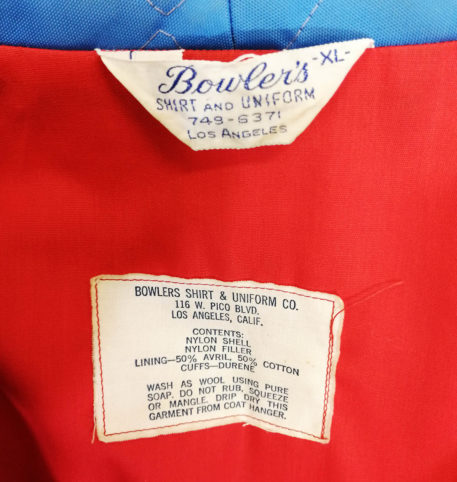 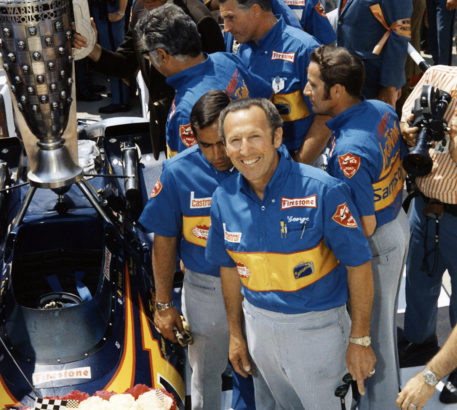 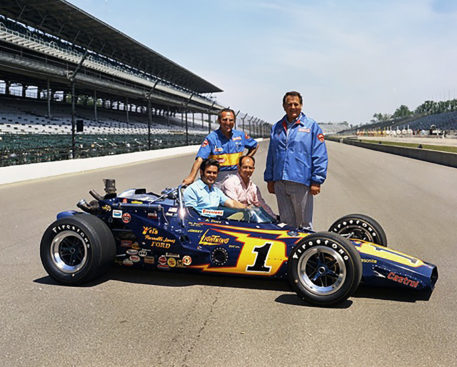 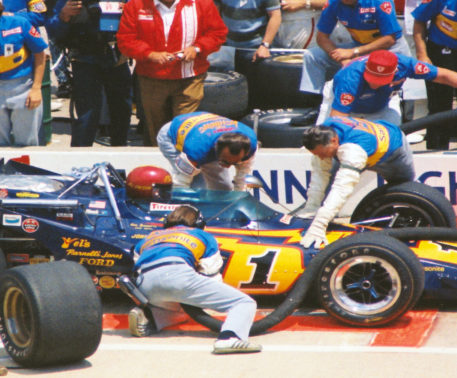 This jacket was a personal possession of one of the greatest mechanics to ply his trade in North American motor sport, George Bignotti. George was born in 1918 in San Francisco and had two older brothers, both of whom were mechanics, and thus George learned how to handle a wrench at an early age. The three boys eventually bought a midget and raced the car several times a week, with George as the substitute driver. If the regular driver didn’t show for a race, George would drive, one year notching 14 victories out of 18 starts. However, George eventually decided that his place was as a mechanic.

He came to the Indianapolis Motor Speedway as a crew member for the first time in 1954 after winning four midget car championships as chief mechanic in the San Francisco area. In 1956 Bignotti was working with Frank Kurtis and was credited with the producing the first Indy roadster. He accrued more National Championship victories than any other chief mechanic, winning 85 such events including a record seven victories in the Indianapolis 500 (A.J. Foyt in 1961/64, Graham Hill 1966, Al Unser in 1970/71, Gordon Johncock 1973, and Tom Sneva 1983). Bignotti was a co-owner of the cars in two of those wins, in 1961 and 1983. Bignotti-prepared cars won a total of nine United States Auto Club National Championships.

During the 1968 season, Bignotti and Al Unser Sr. ran the season in the wedge-shaped, part Lola, part Lotus, part Bignotti car. In 1969, those design ideas went into the 1970/71 winning Colt chassis where he was affiliated with the Vel-Parnelli Jones Team. In 1970 Al Unser Sr. won both the Indianapolis 500 and also the series Championship. In 1971 he would win his second Indy 500, again driving in the famous colors of the ‘Johnny Lightning’ blue and yellow.

This jacket was manufactured by the Bowlers Shirt and Uniform Co. and is from the 1971 season. Its bright blue main color has the iconic branding of the Topper Toys Company’s ‘Johnny Lightning’ cars on its back, and was the main sponsor of the blue, yellow & red lightning-bolt-decorated, Ford-powered Colt ‘Johnny Lightning Special’. All logos are chain-stitched on to the jacket. The yellow, edged in red, band that runs around the middle of the torso and arms is also hand stitched on to the jacket. In this band is the Vel-Parnelli team’s other sponsor, luggage manufacturer Samsonite, chain-stitched on the back. On the front it has a Topper Toys patch on the right and an image of a suitcase on the left. On the upper chest ‘George’ is stitched on the left along with a Firestone patch just above that. On the right is a Castrol Oil patch.

This truly fantastic piece of memorabilia is not only a rare one-off item, but also a part of the history of the greatest spectacle in motor sports, the Indianapolis 500.